The Solar System Must Have Been Created

The solar system contains Earth and seven other planets and their moons, plus asteroids and comets that orbit the sun. It is unlike any other system so far observed in outer space. Not only does the solar system uniquely suit Earth for life in general, but throughout history it has offered endless fascination to Earth’s people with its many remarkable properties—properties that often directly confound the predictions made by secular science. From the way in which Jupiter and solar radiation clear debris from Earth’s orbital path to the ways that a comet and a moon eject plumes of ice into space, the evidence refutes any sort of evolutionary explanation of origins and shows clearly that the solar system must have been recently created by a Master Designer.

Saturn’s Moons Continue to Challenge Secular Theorists
A recent article in Sky & Telescope magazine explains why secular theorists have difficulty agreeing on the ages of Saturn’s moons.1 In the process, the article provides a reminder...
BY: JAKE HEBERT, PH.D.

Does Ganymede Look Young?
On June 7, 2021, NASA’s Juno spacecraft flew closer to Jupiter’s moon Ganymede than any spacecraft had ever before. Ganymede is the largest moon in the Solar System—a body larger than...
BY: BRIAN THOMAS, PH.D.

Venus Likely Geologically Active
In June 2021, researchers used radar images from the Magellan spacecraft to show that crustal blocks on the Venusian surface jostle against one another like blocks of pack ice on a lake.1 This...
BY: JAKE HEBERT, PH.D.

Rare 'Christmas Star' Conjunction
On December 21 about an hour before sunset, the planets Jupiter and Saturn will appear very close together low in the western sky in a celestial event called a conjunction.1 In fact, the two...
BY: JAKE HEBERT, PH.D.

Venus May Be Geologically Active
Using computer simulations, a team of researchers has concluded the planet Venus could still be geologically active.1,2 The scientists used computers to simulate the formation of coronae—ring-shaped,...
BY: JAKE HEBERT, PH.D.

Titan Receding from Saturn Faster than Expected
Data obtained from the Cassini space probe show that Saturn’s largest moon, Titan, is receding away from Saturn a hundred times faster than scientists previously thought.1,2 Titan is...
BY: JAKE HEBERT, PH.D. 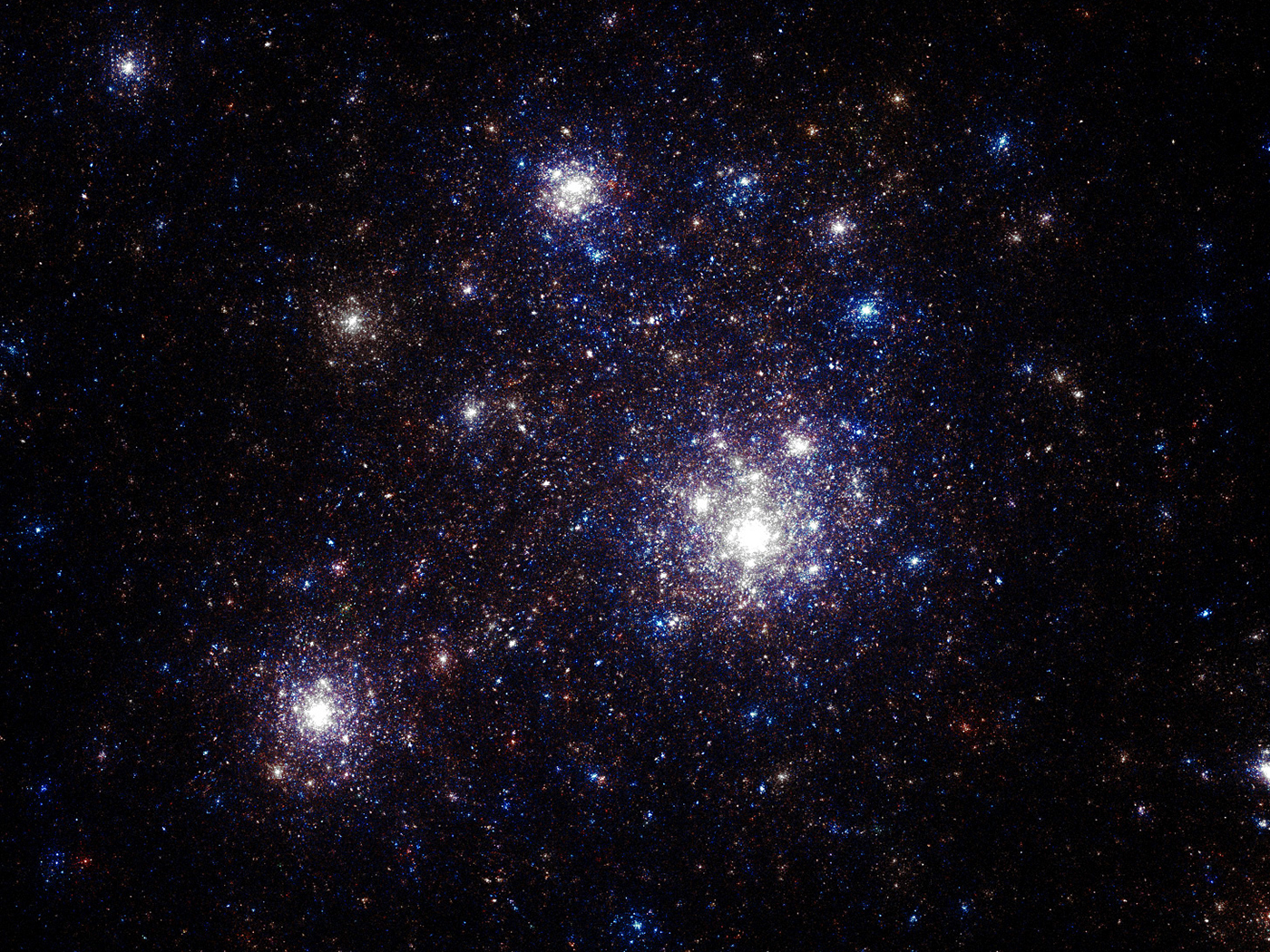 Excess Lithium in Milky Way Halo Stars
A recent news article1 reported that certain types of stars2 in our Milky Way Galaxy have more lithium (Li) in their stellar atmosphere than the current models predict. Before...
BY: VERNON R. CUPPS, PH.D. 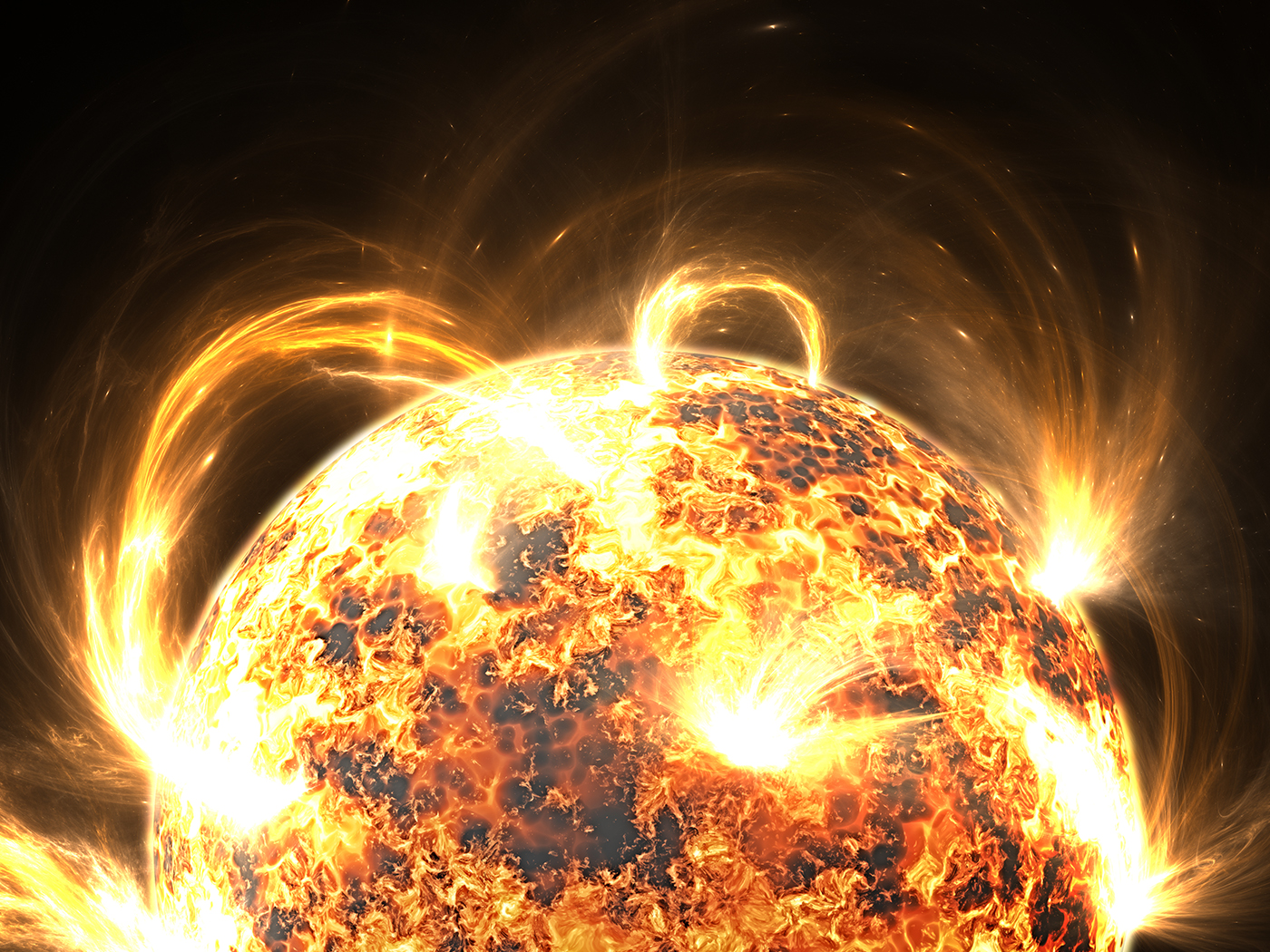 Stellar Superflare Reminder: Our Sun Is Special
Astronomers recently detected an enormous but short-lived increase in radiation from the nearby star Proxima Centauri.1,2 This radiation burst, known as a flare, caused the star to become a...
BY: JAKE HEBERT, PH.D.

New Horizons at Pluto
Congratulations to the New Horizons team on their remarkable achievement of sending a spacecraft to Pluto. The mission was a complete success, and we are enjoying high-resolution images of never-before-seen...
BY: JASON LISLE, PH.D.

Discovery: Volcanoes on Venus
The tortured surface of Venus appears to have been formed through recent geologic processes, and its rocks contain no record of deep time.1 What if Venus were young rather than 4.5 billion...
BY: BRIAN THOMAS, PH.D.

Saturn's Magnetic Field Auroras: Evidence for Creation
Over a million people have viewed the NASA video "Walking On Air," which features stunning arctic and Antarctic auroras photographed from the International Space Station.1 They...
BY: BRIAN THOMAS, PH.D.

Three's Company, but Two's a Cloud?
by Brian Thomas, M.S., and Jason Lisle, Ph.D. * It's not a planet, nor a comet, but the faraway object named 2012 VP113 now joins Sedna as only the second member of what secularists...
BY:  VARIOUS AUTHORS

Black Rocks Red-Flag Uniformitarian Flaws
Red flags traditionally act as warning signals. In this case of a surprising rock discovery in West Virginia the flag is black rather than red, but the results are the same. Geologist Callan Bentley...
BY: TIM CLAREY, PH.D.

Most of Venus' History Is Missing?
Venus’ tortured surface begs for explanation, but scientists have a trying time reconstructing the planet’s past based on its mysterious features. Secular geologists anticipate that additional...
BY: BRIAN THOMAS, PH.D.

Water in Rocks May Support Moon's Bible Origins
Is there water in moon rocks? There shouldn't be, according to secular accounts of the moon's origins. But now, decades after Apollo missions returned to Earth with moon rocks, scientists at...
BY: BRIAN THOMAS, PH.D.

Youthful Solar System Bodies Puzzle Evolutionary Scientists
A feature story in a recent issue of the journal Nature described four solar system bodies that are puzzling to evolutionary scientists.1 Specifically, the article discussed the rings of...
BY: JAKE HEBERT, PH.D.

Methane on Mars: The Stuff of Life?
On January 15, 2009, NASA scientists announced what they believed could be evidence of life on the planet Mars. What they had actually found was methane in the atmosphere, a gas that can be produced...
BY: BRIAN THOMAS, PH.D.
Harsh Unfriendly Mars
There has been much excitement recently regarding the stunning successes of America's two Mars Exploration Rovers (MERs). Landing on opposite sides of the Red Planet, Spirit and Opportunity have...
BY: FRANK SHERWIN, D.SC. (HON.)
Life on Mars?
False or unsubstantiated rumors, once established, achieve a life of their own. One example is that life has been found on Mars. Those who support the idea of Martian life do so mainly because of...
BY: FRANK SHERWIN, D.SC. (HON.)