Bible - modify search
Deuteronomy 21:2
Then thy elders and thy judges shall come forth, and they shall measure unto the cities which are round about him that is slain:

21:2 measure unto the cities. Each city was thus given responsibility to control crime (murder being the most extreme) within its own jurisdiction, with the city’s elders in charge. An unsolved murder within its jurisdiction had to be dealt with by the substitutionary sacrifice of an innocent animal in order to cleanse the city and its citizens of guilt for the crime.

21:21 that he die. Records indicate no rebellious son was ever put to death under this law. Every father elected to spare his own son, no matter how sinful the son might have been. Only Christ, the perfectly obedient Son (John 17:4; 8:29) was not spared (Romans 8:32).

21:23 accursed of God. The reason why a person executed by hanging on a tree is specially cursed is not explained. It probably is because of its prophetic implications, anticipating the future death of Christ when He would bear “our sins in His own body on the tree” (I Peter 2:24). Ever since Adam’s sin brought God’s curse of death on the earth (Genesis 3:17-19), the whole creation had been awaiting the time when Christ would be “made a curse for us: for it is written, Cursed is every one that hangeth on a tree” (Galatians 3:13). The primeval curse was occasioned because Adam ate the delectable fruit of the tree of temptation; therefore, the second Adam must Himself become the bitter fruit on the tree of salvation. As Christ must be buried before sundown to avoid profaning the sabbath (John 19:31), so every previous criminal executed by hanging or by crucifixion (which practice had not yet been introduced in Moses’ day) must likewise be buried before sundown in order not to delay a receipt of the accursed victim by the cursed ground. That Christ was actually “hanged on a tree” is confirmed three times in the New Testament (Acts 5:30; 10:39; 13:29).

22:5 a woman’s garment. Although this commandment, as a part of the Mosaic code, may no longer be legalistically binding in the Christian dispensation, it clearly indicates God’s desire to maintain the distinctiveness of men and women. Each sex has a specific role to fulfill in the divine economy, and the modern “unisex” fad–not to mention such perversions as homosexuality and transvestitism–can only corrupt and confuse His revealed purposes for men and women in the ideal created order. 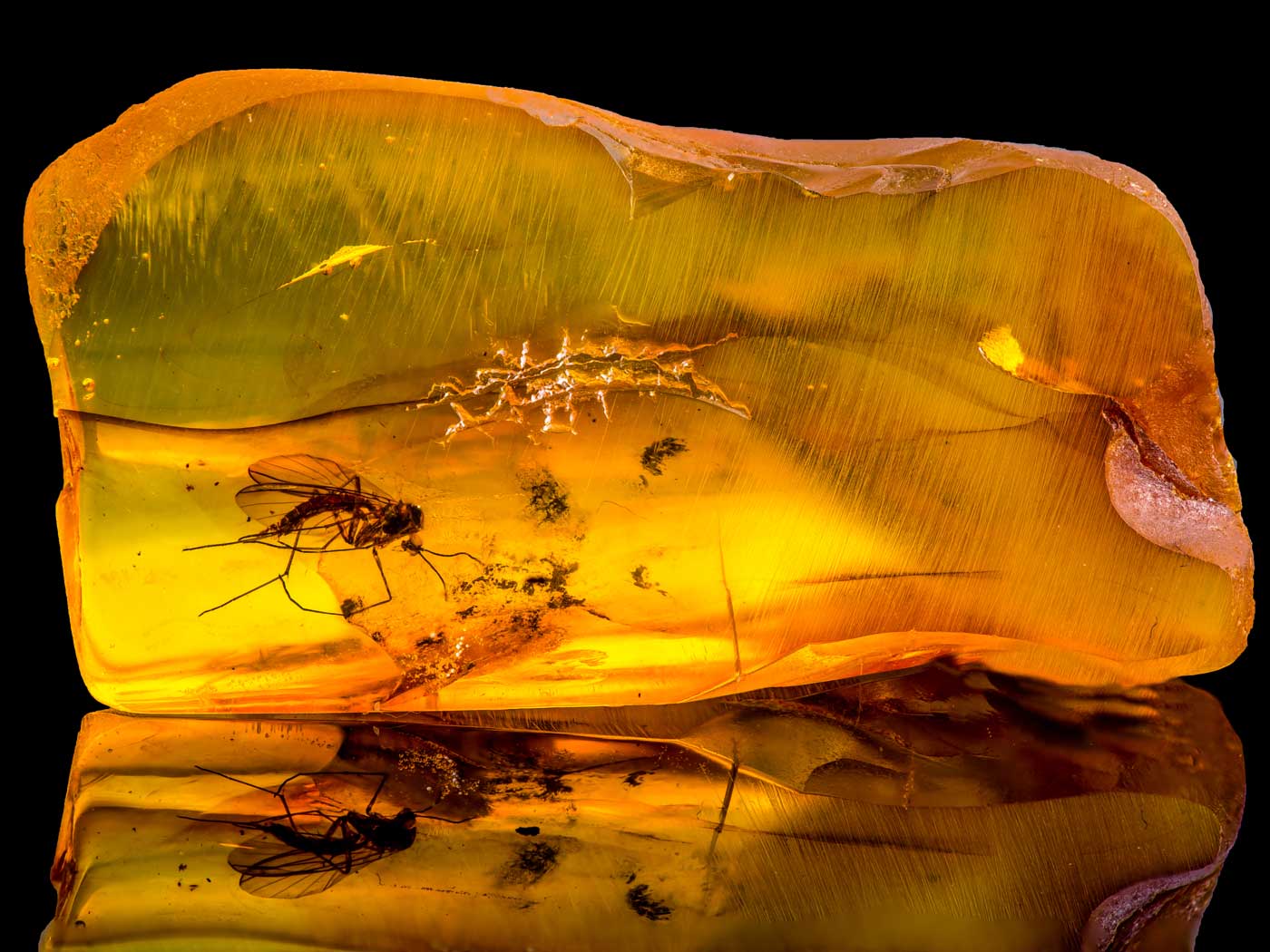 New Amber Discoveries Down Under
Paleontologists in Australia have recently discovered a treasure trove of amber with trapped insects, spiders, and fungi.1 These new fossils...
BY: TIM CLAREY, PH.D.

Virus-Infecting Bacteria Reveal Creation Sophistication
You might recall that viruses act as miniscule infectious agents. They forcibly enter a cell and conquer its molecular machinery. The cell is instructed,...
BY: FRANK SHERWIN, M.A.