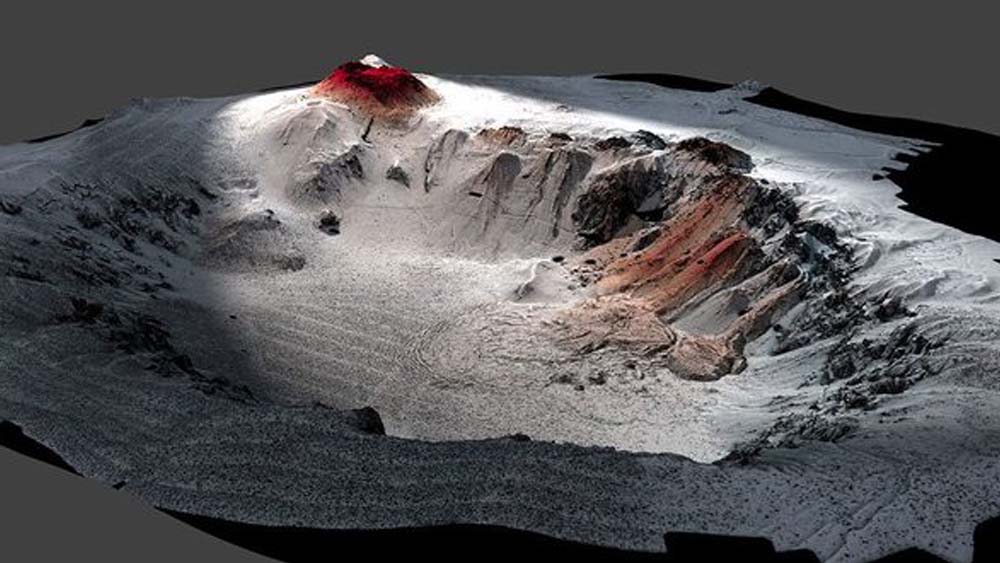 NEWS     CREATION SCIENCE UPDATE     THE GLOBAL FLOOD IS THE KEY TO THE PAST     GEOLOGICAL EVIDENCE INDICATES RAPID FORMATION     MUCH EVIDENCE EXISTS FOR A WORLDWIDE FLOOD     THE GLOBAL FLOOD EXPLAINS THE ICE AGE     NOAH'S ARK AND FLOOD
Deep-Sea Volcano Gives Glimpse of Flood Eruptions
BY TIM CLAREY, PH.D. *  |
THURSDAY, MARCH 10, 2022
A team of scientists from Australia and the USA recently studied the ejecta from a subsea volcano, gaining new insights into how magma can explode to the surface from deep underwater.1 This discovery also gives important insight into volcanic activity during the Flood year when many volcanoes originated while still underwater.

In 2012, a relatively unnoticed eruption occurred beneath the ocean at Havre volcano. The volcano is about 500 miles northeast of the north island of New Zealand. Its summit is about 3000 feet below sea level.

"The common theory is that underwater eruptions, particularly in deep water such as at Havre, cannot be explosive and instead make lava flows on the seafloor," lead author Joseph Knafelc told Science Daily.2

"The problem is that it was an underwater eruption that had to push up through nearly 1 km [3000 feet] of ocean. The only way it can do this is if the eruption was very powerful and able to punch through the ocean water and produce an eruption column in the air,” Knafelc added.2

The team, publishing in Communications Earth & Environment, found that the minerals in the ejecta suggest a “short-lived but powerful explosive eruption phase penetrated the water column [3000 feet] allowing hot pyroclasts to oxidise in air.”1

Knafelc and his colleagues found that the eruption created a powerful jet that shielded the hot material from the cooling effects of the water column until it reached the atmosphere. They concluded that their results challenge the known depth limits for underwater eruptions.

"An explosive eruption column could get hot pumice into the atmosphere in as little as a few seconds. This was a very powerful eruption. The problem is that previous studies had not recognised or downplayed the explosive potential of submarine eruptions even in very deep water and thus the hazards posed by submarine eruptions,” co-author Scott Bryan told Science Daily.2

Flood geologists are not as surprised by these findings. We suspect that many volcanoes erupted while still under the cover of the Flood waters. Many of the volcanoes around the Pacific Ring of Fire originated underwater and were equally as explosive as Havre. Even the supervolcano at Yellowstone, with its massive outpourings, had its beginnings underwater while the Flood was beginning to recede and continued into the Ice Age.3

The eruption of Havre volcano gives us a glimpse into the catastrophic activity that was occurring all over the earth during the global Flood. Deep-sea volcanoes were exploding everywhere. They didn’t merely produce lava flows on the seafloor as conventional scientists have previously believed. Instead, their powerful eruptions of pyroclastic material blasted to the surface and spread ash and cinders for many miles in all directions and contributed to the destruction of the pre-Flood world. And they also were major contributors to the post-Flood Ice Age.4

*Dr. Clarey is Research Scientist at the Institute for Creation Research and earned his doctorate in geology from Western Michigan University.

Image: Digital map of Havre volcano.
Image Credit: Copyright © University of Tasmania / WHOI. 2022. Adapted for use in accordance with federal copyright (fair use doctrine) law. Usage by ICR does not imply endorsement of copyright holder.