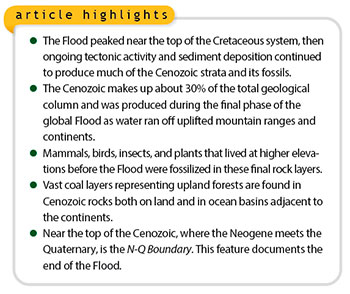 The Cenozoic is the major upper system of the geologic column. It represents the last global Flood layers that were produced from violent Flood runoff as the newly separated continents and their mountain ranges were being uplifted in the final stage of the global Flood. Many unique types of mammals, birds, insects, and plants make their first appearances in the Cenozoic with no evolutionary precursors in lower rock layers. While this unique mix of catastrophically buried fossils is difficult to explain in an evolutionary scenario, the global Flood model of progressive burial by ecological zonation closely fits the data.

As mentioned in the previous article in this series, about 20 years after Darwin published his famous book on evolution, he penned a letter to his close friend, the renowned botanist Joseph Hooker, griping, “The rapid development as far as we can judge of all the higher plants within recent geological times is an abominable mystery.”1,2

The primary reason for Darwin’s claim of an abominable mystery was the sudden and massive appearance of numerous kinds of flowering plants known as angiosperms, which first began showing up in the Cretaceous and then exploded in the Cenozoic. In a recent paper, British botanist and evolutionary expert Richard Buggs showed that Darwin mainly considered the mystery to be abominable because the leading paleobotanists of his time such as his friend Oswald Heer and his evolutionary critic William Carruthers saw it as evidence for the work of a Creator.3 This glaring problem deeply bothered Darwin because the fossil record did not support his theory.

A 2016 research paper assessed the current extent of angiosperms in the paleontology databases. The authors claimed, “The Cenozoic angiosperm macrofossil record is extraordinarily rich” and “the diversification of angiosperms during the Cenozoic, and the causes of such changes in diversity, remains unclear.”4 In other words, Darwin’s mystery is more abominable for evolution today than it has ever been. 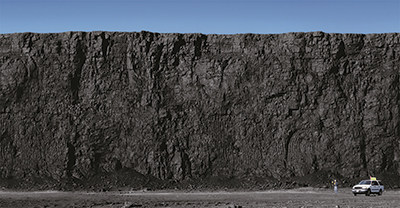 Another powerful piece of evidence for the final receding phase of the global Flood involves the presence of huge Cenozoic coal beds formed from mostly angiosperm (flowering) plants.5 This is directly related to Darwin’s “abominable mystery.” Coal beds are formed by enormous amounts of plant material being ripped up, transported en masse, and then buried rapidly before the material has a chance to decay—exactly the type of catastrophic processes that occurred in the global Flood. Compared to the Carboniferous coal beds formed earlier in the Flood that contained tropical coastal vegetation, the larger Cenozoic coal layers were formed from plants and trees growing at higher elevations in the pre-Flood world. Like the many other Cenozoic fossils, these coal beds had a propensity to form in large sedimentary basins that formed late in the Flood year where the plant material would have been easily trapped and buried.

A spectacular example of Cenozoic coal in North America can be found in the Powder River Basin, which extends from the center of eastern Wyoming up into the lower third of Montana.6 This large region contains some of the largest known reserves of low-sulfur subbituminous (black lignite) coal in the world, making it economically important. In fact, about 42% of United States coal production comes out of the Powder River Basin, and at least six coal seams in this basin exceed 100 feet in thickness, with some more than 200 feet thick (e.g., the Big George coal layer). Other extensive, but thinner, Cenozoic coal deposits are located across regions in the midwestern and southern states.6

Huge Cenozoic coal deposits can also be found in other parts of the world such as South America, which comprise the thickest and most extensive across that continent as well.7 It has been estimated that these make up about half of all coal in South America with the total tonnage estimated to be greater than any other geologic system or combination of systems in that continent.

Cenozoic coals are also found in the ocean. Oil-well drilling in the South China Sea off the coast of Borneo has revealed a huge region of bedded Cenozoic coals that, according to evolutionists, “is both thick and rapidly deposited.”8 The only explanation for them is that the intense energy of the receding phase of the Flood transported and buried these land plants in late Flood continental runoff. 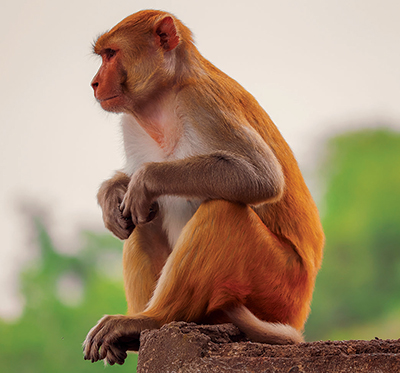 The Cenozoic is often called the Age of Mammals due to the fact that many kinds of mammals make their first fossil appearances in these sediments. As in the lower parts of the rock record, the fossils in these layers that have living counterparts look the same, showing no sign of evolution (stasis). Cenozoic mammal fossils came from creatures living at higher, more temperate elevations than dinosaurs and thus would have been buried in the uppermost Flood layers. The mammal fossils found in these layers that are extinct likely would have been represented aboard Noah’s Ark but have since died off due to habitat loss or human hunting. Some examples of land mammal creatures making their first appearance in Cenozoic sediments include rodents, horses, rhinoceroses, elephants, dogs, cats, pigs, cattle, sheep, antelope, and gazelle.

One particular group of mammals that illustrate the global concordance of Cenozoic strata are monkeys whose fossils have been found across multiple continents. Monkey fossils of the same type have been found in the same Cenozoic rock layers of completely separate continents (South America and Africa).9 To explain this, evolutionists have actually proposed the absurd idea that monkeys rafted back and forth between continents on the open ocean.

While the intercontinental monkey fossil data give no credence to the idea of evolution, they do show that late Flood runoff destroyed similar ecosystems on the newly separated continents as monkeys and other higher-elevation creatures were buried late in the Flood.

While many Cenozoic mammals are still with us today, a number of bizarre and intimidating-looking types have gone extinct.10 For example, paleontologists recently discovered the fossil of a ferocious-looking mammal bigger than any lion or tiger living today known as a Hyainailourine hyaenodont.11 This creature was even larger than a grizzly bear, with a skull as big as a rhinoceros’ and huge canine teeth. The creature was found in upper Cenozoic strata, and as the evolutionary story goes, “hyaenodonts arose in Asia in the late Paleocene and quickly spread across the northern continents in the early Eocene” (Paleocene and Eocene are lower Cenozoic layers).10 The magic words “arose” and “quickly spread” are typical evolution-speak, meaning that these creatures appeared suddenly around the world with no evolutionary precursors.

In addition to land mammals, many kinds of whales and other marine mammals make their first appearance in Cenozoic sediments. This can be explained by the fact that the large, bloated, buoyant carcasses of dead marine mammals like whales would have been some of the last marine creatures to have been buried in the Flood. In the global mapping of whale fossils, they are located along the coastal margins of nearly every continent and are also found across the entirety of Europe (Figure 1).12 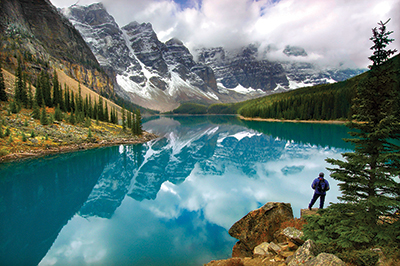 The paleontological evidence indicates that many of the diverse plants and mammals inhabiting higher and temperate pre-Flood elevations were buried in the late runoff phase of the global Flood. The megasequence representing this late Flood deposition is known as the Tejas and corresponds to the majority of the Cenozoic era (prior to the Pleistocene) in the geologic column and accounts for about 30% of the total volume of the sedimentary rock record.13,14 Thus, the end of the global Flood is defined at the upper margin of the Neogene system (just before the Quaternary at the top of the Cenozoic) where it meets the Quaternary. It is called the N-Q Flood Boundary.13-16

The floodwaters peaked in height, covering all the highest hills by at least 23 feet (15 cubits), during the deposition of Cretaceous system.13 The Cretaceous system also included the final phases of continental separation. Afterward, during the deposition of the Cenozoic, the newly separated continents and their mountain ranges were rapidly uplifted, causing the floodwaters to violently recede. This recession carved canyons out of the soft sediments (e.g., Grand Canyon) and buried massive amounts of plants and animals in large basins that had formed at the base of the mountains (e.g., Rocky Mountains).17 In addition, the continental runoff also formed massive Cenozoic sediments offshore such as the Whopper Sand in the Gulf of Mexico.18 While evolutionists have extreme difficulty in explaining Cenozoic geology and paleontology, the global Flood model fits the data perfectly.