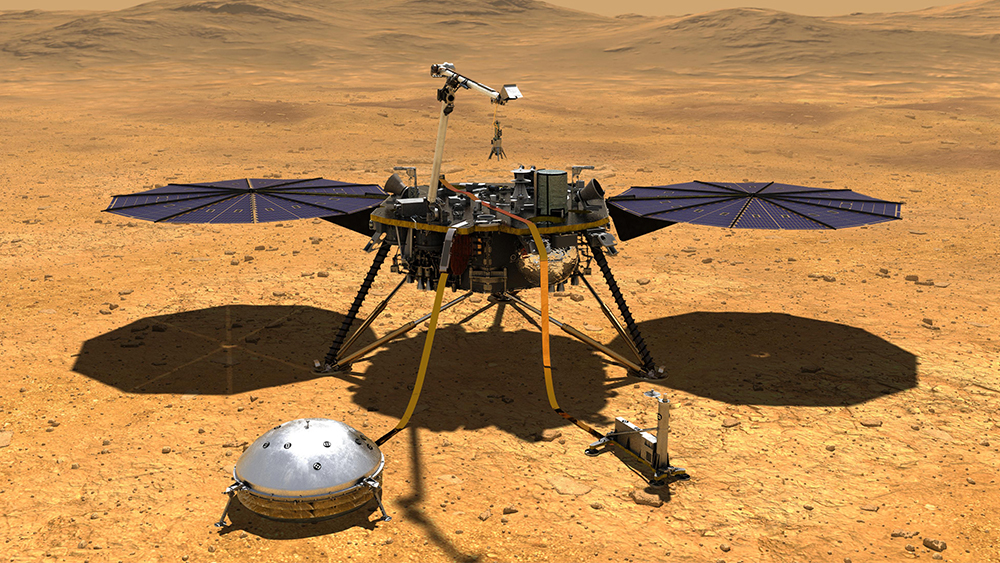 The InSight robotic lander found evidence in the interior of Mars for the existence of an active giant mantle plume, a large blob of molten rock that is rising, not unlike a wax blob in a 1970s-era lava lamp.1,2 The presence of an active mantle plume surprised mainstream scientists because they thought Mars was more-or-less dead, geologically speaking. Planetary scientist Jeff Andrews-Hanna said,

We have strong evidence for mantle plumes being active on Earth and Venus, but this isn’t expected on a small and supposedly cold world like Mars....Mars was most active 3 to 4 billion years ago, and the prevailing view is that the planet is essentially dead today.”1

Their surprise seems connected to their belief in billions of years. The conventional thinking has long been that Mars underwent enormous volcanism around three billion years ago. Major volcanism was believed to have occurred just a couple of hundred million years ago, but only in the Elysium Planitia, the plain under which the lava plume is located.1 In the last twenty years or so, evidence of possible ongoing Martian volcanism has accumulated, so many planetary scientists were open to the idea that Mars might still be undergoing limited geologic activity.3,4 Nevertheless, it’s easy to see how they would have expected large-scale volcanism to have completely ceased after billions of years.

While these and other data5,6 hint at Mars being young, this active mantle plume may not be a ‘slam dunk’ evidence of youth. Other bodies in our solar system such as Mercury,7 our Moon,8 Jupiter’s moons Ganymede9 and Io,10 Saturn’s moon Enceladus,11 and the dwarf planet Pluto12 present much stronger arguments for youth. This is because these small planets and moons radiate heat to space more quickly than do large planets and moons. So they quickly cool off in the absence of a heat source such as radioactivity or tidal flexing.13 But radioactivity and tidal flexing do not seem adequate to explain their warmth, yet these bodies are still quite warm despite their supposed vast ages. In some cases, such as Io and Enceladus, an age of billions of years is still problematic, even though tidal flexing is likely present.14,15

Mars is small—about half the size of the Earth. However, radioactive elements in its crust could be providing the planet with some internal heat. So more research may be required before we can claim that this plume activity provides strong evidence of youth. On the other hand, this active mantle plume is certainly consistent with youth, and uniformitarians were surprised by it. Is it easier to believe that Mars has a large active mantle plume today when nearly all its volcanism took place three billion years ago, or if all its volcanism took place within just the last 6,000 years?

Biblical creationists should be encouraged as apparent evidence of youth in our solar system continues to accumulate.16 This should not be surprising, since the Creator Himself, the Lord Jesus Christ, has made it very clear in His Word that He created the universe just thousands of years ago, not billions.

* Dr. Hebert is Research Scientist at the Institute for Creation Research and earned his Ph.D. in physics from the University of Texas at Dallas.
The Latest
NEWS   ACTS & FACTS   PODCASTS