James Webb Telescope vs. the Big Bang | The Institute for Creation Research
Skip to main content 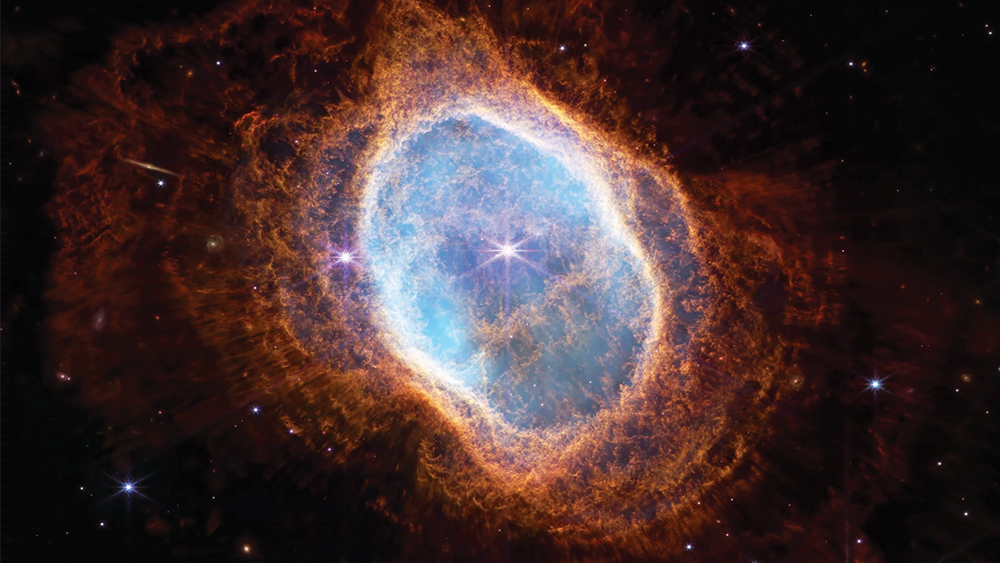 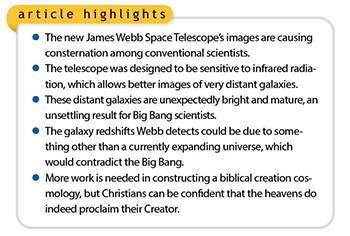 The new James Webb Space Telescope is thrilling astronomers with spectacular images of distant galaxies, but preliminary data contradict Big Bang expectations. In order to understand these results, some background information is needed. In this article, I suggest, without being dogmatic about my personal position, a scientific test that creationists can perform that could clarify at least one basic issue in cosmology.

Details in the light from distant galaxies are “shifted” to the red part of the electromagnetic spectrum (Figure 1). Astronomers use the letter z to denote the value of this redshift. Galaxy redshifts are a rough proxy or stand-in for distance—the higher the z value, the farther away the galaxy is from us. Galaxy redshifts are usually interpreted as evidence that space itself is expanding, causing galaxies to recede from us with speeds that increase with increasing z. 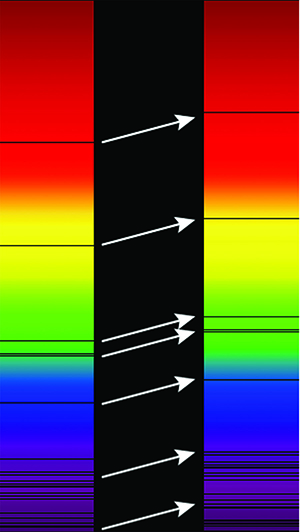 Figure 1. Dark absorption lines from a cluster of galaxies are shifted toward the red part of the electromagnetic spectrum as compared to the same absorption lines in the sun’s spectrum.
Image credit: Georg Wiora. CC BY-SA 3.0. Derivative work Kes47

The James Webb Space Telescope (JWST) was constructed primarily to be sensitive to infrared radiation rather than visible light. Because light from very distant galaxies is redshifted to the infrared part of the spectrum, the JWST is obtaining better images of them than even the wonderful images provided by the Hubble Space Telescope (HST).

Big Bang theorists assume distant starlight takes billions of years to reach us. Although that may seem reasonable, creationists think this assumption is open to challenge.1 By Big Bang reckoning, it’s implied we don’t see very distant galaxies as they are now but as they were billions of years ago shortly after the Big Bang occurred. For this reason, theorists expect very distant galaxies to look extremely immature and unevolved. However, this expectation is routinely contradicted by observations.2 Preliminary data from the JWST make this problem much more acute.

For a long time...scientists believed the universe’s earliest, oldest galaxies to be small, slightly chaotic, and misshapen systems. But...JWST-captured imagery has revealed these galaxies to be shockingly massive, not to mention balanced and well-formed—a finding that challenges, and will likely rewrite, long-held understandings about the origins of our universe.3 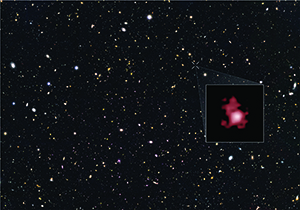 Figure 2. By evolutionary reckoning, the galaxy in the inset formed 400 million years after the Big Bang.
Image credit: NASA and ESA

Granted, these results are preliminary, but even these initial reports are causing angst among theorists. University College London cosmologist Richard Ellis said, “It worries me slightly that we find these monsters [galaxies] in the first few images.”7 University of California at Santa Cruz astronomer Garth Illingworth rhetorically asked, “How do you do this in the universe at such an early time? How do you form so many stars so quickly?”3 And University of Kansas in Lawrence astronomer Allison Kirkpatrick said, “Right now I find myself lying awake at three in the morning wondering if everything I’ve ever done is wrong.”4

The existence of very distant “mature” galaxies is just one more in a long list of failed Big Bang predictions.8,9 Some popular science news sources now claim that pointing out these problems amounts to “science denial.”10 But one only has to read the initial news reports to see that Big Bang scientists were greatly unsettled by these results.11

This brings to mind another failed Big Bang expectation. Astrophysicist Michael J. Disney helped construct cameras for the HST. On his personal blog, he congratulated the James Webb team for their successful deployment of the telescope and recalled his experiences working on the HST.

Before they design a single lens or circuit Space-camera teams must look deeply into the kinds of science they might be doing 20 years ahead and my team asked me to look into high redshift galaxies. Knowing nothing of that subject at the time (1977) I naturally went round to ask the real experts. They were unanimous: “Don’t bother with them because you’ll never be able to see them owing to the Tolman effect.”12 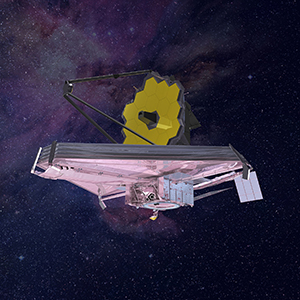 Extended objects like galaxies would be dramatically dimmed by redshift in an expanding universe, so dimmed in practice as to become invisible in any decent Space camera. Imagine my shock then in 1993 when we got our first really deep Hubble image. It was plastered all over with very distant but quite distinct galaxies not dimmed in the least. That meant the universe couldn’t be expanding—not according to Tolman.

But when I tried to point this out the new self-appointed experts said; “No; it just means that young galaxies in the distant past were intrinsically much brighter than the galaxies today—after all they were younger in the past and generating more brilliant young stars.”12

It’s reasonable for Big Bang theorists to expect galaxy brightness to vary in a systematic way with increasing redshift since they believe galaxies evolve over time. So, in principle, theorists can claim these more ancient and distant galaxies were intrinsically brighter. However, Disney doesn’t find this explanation convincing, as he thinks it requires too much fine-tuning.12 Nevertheless, he still apparently believes the universe is expanding and has proposed his own explanation for this unexpected result.15

Conventional astronomers, including the late Allan Sandage, claim galaxy surface brightness data are consistent with an expanding universe, provided one assumes galaxy size and brightness evolve systematically with redshift.16 However, Big Bang critic Eric Lerner claims that surface brightness data are much more consistent with a static universe and that it’s impossible to reconcile the data with simple models of galaxy evolution when low-z nearby galaxies are included in the analysis.17

I don’t presume to know who is correct. Sandage was a renowned, competent astronomer. On the other hand, Big Bang scientists were apparently surprised that the HST was able to see very distant galaxies. And one Big Bang astrophysicist has conceded that Lerner’s results provide at least some support for the idea of a non-expanding universe.18 But it seems to me that creationists must nail down this issue if we want to construct a biblical creationist cosmology. We cannot afford to take others’ word for it, and we should perform our own Tolman test using all publicly available galaxy data. A negative result would strongly indicate that redshifts are due to something other than an expanding universe. In that case, it would be very strong evidence against the Big Bang. But it would also mean that creation scientists have much work to do, as we would need to provide a viable alternate explanation for galaxy redshifts, one that so far has remained elusive.

Redshifts in a Biblical Cosmology

But what if conventional astronomers are correct and the data are consistent with an expanding universe? Does this mean the Big Bang is in the clear? No. If redshifts do indeed represent the speeds of galaxies moving away from us, this can be interpreted to mean that our galaxy is at the center of the universe, a possibility acknowledged by even the late Stephen Hawking!19

But Big Bang theory demands that there be no “special” places in the universe, including no unique center. Moreover, if we are the result of a cosmic accident, there is absolutely no reason to believe we would be located in such a special place, even if it exists. So, Big Bang theorists reject this possibility and claim that hypothetical observers in other galaxies would also see galaxies receding away from them. Of course, that’s an unverifiable assumption. But for Christians, it makes perfect sense that both Earth and our galaxy might be in a special place, since “this is the location God chose to situate His image in man.”20 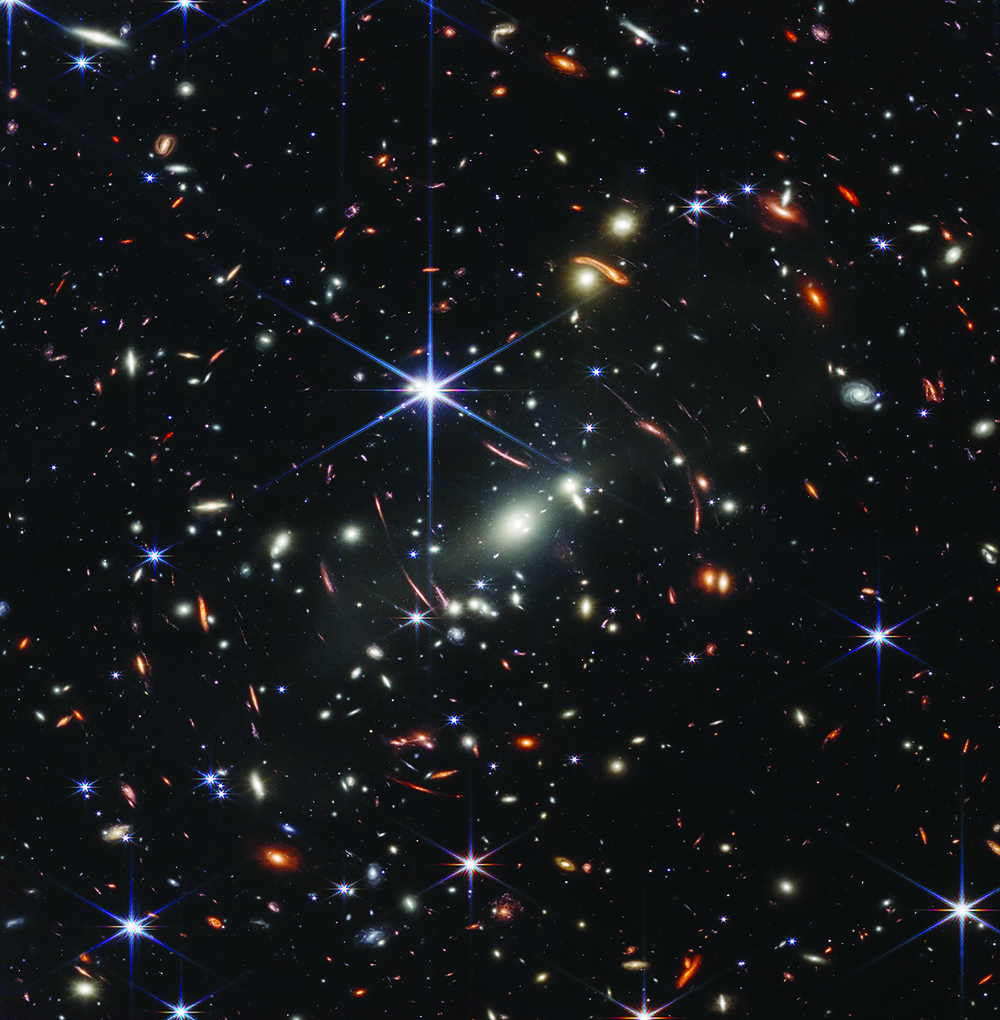 Even if galaxy redshifts are due to an expansion, this doesn’t necessarily imply that the universe is expanding today. What we believe about the time it takes distant starlight to reach us critically influences the way we interpret astronomical data. Because time and space are intertwined in Einstein’s theory of relativity, it appears impossible to calculate the time for distant starlight to reach us without making unproven (and possibly unprovable) assumptions.1 Evolutionary scientists assume distant light requires billions of years to reach us, and this seems reasonable in their atheistic worldview. On the other hand, biblical creationists assume that God somehow got the light to us quickly, because He stated it was His intent to do so (Genesis 1:14-15).

In one recent creation cosmology, God caused the size of the universe to rapidly expand during Days 2 through 4 of the creation week. This expansion then slowed, and perhaps even stopped, afterward.21 Light emitted on Day 4 by these newly created galaxies would be redshifted if we are seeing light that was emitted before God slowed or stopped the expansion. So, depending on the means God used to get distant starlight to us quickly, these redshifts could be evidence of a past expansion of the universe, even if that expansion is no longer occurring today.

In any case, data and images from the James Webb Space Telescope (Figure 3) are proving enormously problematic for advocates of the Big Bang. Bible-believing Christians can be confident the heavens will continue to testify to their supernatural creation by the Lord Jesus Christ. As ICR President Emeritus Dr. John Morris likes to say, “It’s a great time to be a Bible-believing Christian!”