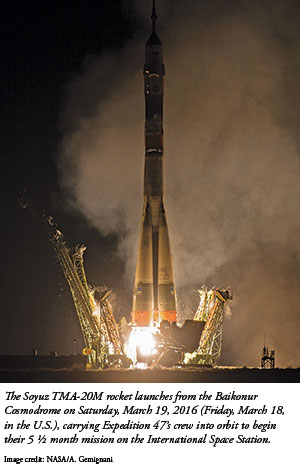 On March 18, 2016, NASA astronaut Col. Jeffrey Williams’ family and friends gathered in an open field about three-quarters of a mile from the launch pad to watch the Soyuz rocket lift off. Col. Williams blasted to space for his six-month mission aboard the International Space Station (ISS). ICR’s Public Events Ambassador Chas Morse and his wife Patti were there among the supporters. Col. Williams invited the Morses to share the week-long experience, joining his wife Anna-Marie, son, daughter-in-law, and other close friends during final preparations for his time in space.

The ISS orbits at 17,500 mph about 200 miles above Earth, but Chas and Patti had the privilege of being in communication with Col. Williams during the mission. Only six hours after the launch, NASA broadcasted Col. Williams floating through the hatch, joining the other ISS crew members, and then speaking with Chas. The conversation closed with Chas saying, “ICR is praying for you and the entire crew.”

Chas and Patti say the highlights of their trip to Moscow, Star City, and Baikonur include:

This is Col. Williams’ fourth space flight and his third long stay at the ISS, where he will live about six months before he returns home in October. At that time, the 58-year-old will hold the NASA record for the most cumulative days in space: 534. He is also the first American to be a long-term resident of the ISS for three separate expeditions. He has taken more photos from space than anyone else—well over 200,000. During this expedition, Col. Williams “will conduct hundreds of experiments related to plants, animals, cells, DNA, physics, and other areas”1 and take two planned space walks. He is the first to interact live with social media followers while in space. He posts to social media almost daily about his experiences, work, and photos from the ISS.2 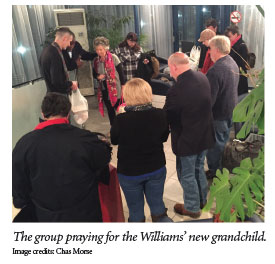 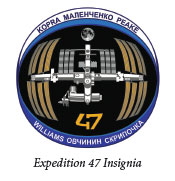 Becoming an astronaut is no small feat. NASA is very selective about who gets to wear the coveted spacesuit. They are currently looking through approximately 18,000 applications to fill 10-15 astronaut positions. For obvious reasons, we tend to place astronauts on pedestals. They are truly the cream of the crop, but they are also human—they have emotional highs and lows, physical challenges, and intellectual and spiritual questions. They have families and friends, and like us, they need love and support. And some of them see creation as the handiwork of a magnificent Creator, even when they’re viewing His work from space.

Remembering Patti Morse
But none of these things move me; nor do I count my life dear to myself, so that I may finish my race with joy, and the ministry which I received from...
BY: STAFF WRITER

Open Ocean Dragonfly Migration Boggles the Mind
Animal migrations occur all over the earth among many types of creatures, with some winged creatures (birds and insects) making the most extreme and lengthy...
BY: JEFFREY P. TOMKINS, PH.D.
The Latest
NEWS   ACTS & FACTS   PODCASTS