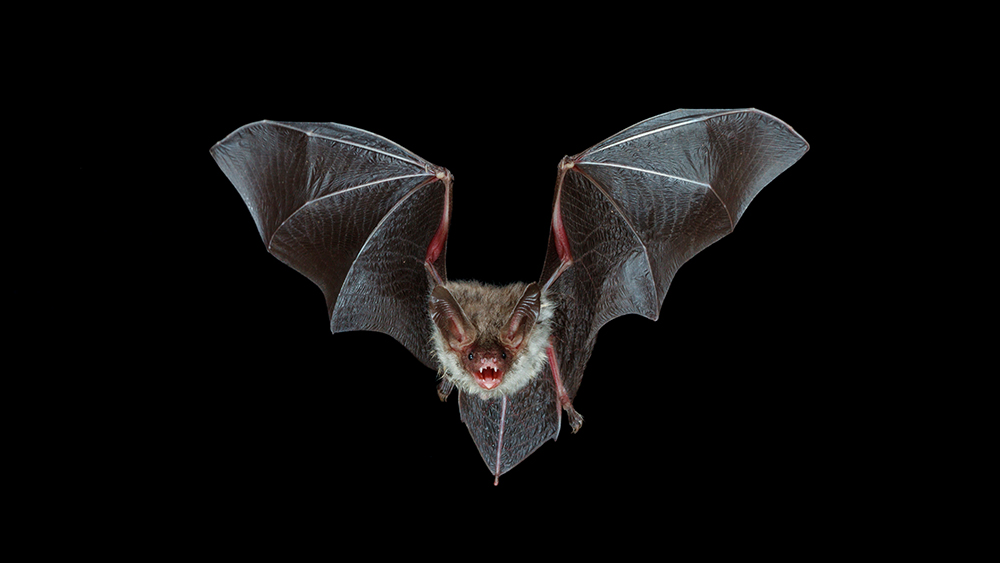 NEWS     CREATION SCIENCE UPDATE     EVIDENCE FOR CREATION     ZOOLOGY     SCIENTIFIC ACCURACY     LIFE SCIENCES RESOURCES
Innate Speed-of-Sound Engineering Revealed in Bats
BY JEFFREY P. TOMKINS, PH.D. *  |
MONDAY, JUNE 21, 2021
Bats have the amazing ability to accurately and consistently detect the speed of sound.1 This enables them to employ a complex system of echolocation in the dark of night to find food in mid-flight and to avoid slamming into trees. But unlike processes in many animals that use a system of learning such as birds singing or lions hunting, bats seem to be hard-wired in their ability to echolocate from birth. Research has now shown that this ability is based on an innate system of speed-of-sound detection.2

Every organism must reliably and accurately sense its environment to survive and reproduce. These complex sensory systems involve features that are innate and unalterable, or hard-wired, and enable immediate function of the overall process. Other aspects of creatures contain a learning component that allows for more flexible adaptation similar to how man-made machine learning algorithms function to develop and fine tune behavior.

As Bats fly around at night, they emit high-pitched signals that reflect off distant objects. The echoes from these are then translated by the bat’s echolocation system based on the time it takes the echo to return, giving an accurate measure of distance. Depending on air conditions (e.g. temperature, humidity), sound waves can move faster or slower and the bat is able to adjust and accommodate for this within a specified range.

To study the nature of this system, researchers at Tel Aviv University in Israel trained eight adult bats to fly to a perch within a dark chamber pumped full of abnormally high levels of oxygen and helium. Because helium is less dense than other gases in the atmosphere, sound waves can travel much faster through it. The researchers discovered that the helium-rich air interfered with the timing of the echolocation, which caused the bats to fall short of landing on the perch. While this was to be expected at the start of the study, the bats never learned to adjust.

The researchers were shocked, thinking the bats would be able to eventually adjust their behavior. The scientists then raised 11 bats from birth, and when they were mature enough to fly, they repeated the study. Despite the helium-rich environment that the bat pups were subjected to, none of them could accurately sense the distance to the perch when high levels of helium were present.

First, these experiments showed that the environment had no magical selective power over the bats to evolve them to adjust their systems to unnatural helium levels. But most importantly, the experiments did reveal that the bats had an innate reference for the speed of sound under natural atmospheric conditions that could at the same time allow them to adjust for reasonable differences in temperature and humidity. In other words, the findings ultimately pointed to the handiwork of an omnipotent Engineer (God the Creator), in which bats have a specific design plan constructed to solve a specific set of challenges.

*Dr. Tomkins is Director of Research at the Institute for Creation Research and earned his doctorate in genetics from Clemson University.
The Latest
NEWS   ACTS & FACTS   PODCASTS