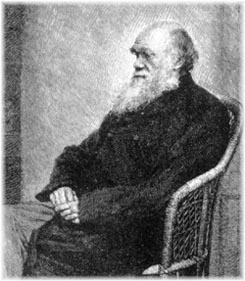 Christians who have lived through eight decades or more (as of this writing, I am going on 82) have seen society's standards of morality deteriorate in ways that would have seemed incredible, say, fifty years ago. As evolutionism has become the dominant teaching in our schools and colleges, those evil doctrines and practices whose rationale is based on evolution have inevitably followed. In terms of its impact on society—especially a society once founded on principles of Biblical morality as ours was—evolutionism has indeed evolved into evil-utionism (as the British pronounce it!).

Even when immorality becomes scandalously common among our public leaders, many evolutionary authorities still assure us that this is normal evolutionary behavior.

Biologists suggest President Clinton has followed the genetic program handed down by human evolution: have as much sex with as many females as possible in the Darwinian quest for hereditary survival.1

But are those biologists who offer such explanations merely certain obscure biologists, who have some personal agenda to promote?

Not at all. The same article that makes this observation quotes Michael Ruse (probably Canada's leading Darwinian philosopher) and Richard Dawkins (certainly England's most articulate evolutionist, as promoting this concept.

"What Darwin says is that the most dominant male gets the first crack at the women," said Michael Ruse, . . . Darwinism has argued that survival is the main goal of organisms, and part of that quest is to produce as many offspring as possible.2

This evolution-driven impulse is working against the current concern of liberalism about the supposed population explosion and also over the AIDS epidemic generated by such sexual promiscuity.

Nevertheless, these evolution-based lusts are quite natural, they say. The Times article then quotes from an article by Richard Dawkins in the London Observer, as follows:

We lust because our ancestors' lust just helped pass their lustful genes on to us—What else does a man become a great chieftain for?

Since such behavior is part of our evolutionary genetics, they argue that we must not legislate against it, even though it is producing too much population. The remedy, they say, is not to return to Biblical morality, but to promote "safe sex" and abortion (perhaps also infanticide and euthanasia), and even homosexuality. These practices are said to be common in the animal world, so are part of acceptable evolutionary philosophy.

The practice of homosexuality (formerly considered a crime, and firmly condemned in the Bible), is now considered not only acceptable but even desirable by most evolutionists. A recent large volume4 goes to great lengths to show how normal it is in an evolutionary context. A recent review of this book in the prestigious journal Nature says,

The species-by-species accounts of adult mammals and birds of the same sex courting and mounting each other, living in pairs, defending joint territories and raising young together are fully documented and referenced. . . .5

Similarly, a review in New Scientist commends the extensive research of the author.

And not just primates, according to a compendium of animal homosexuality, just published in Britain by Bruce Bagemihl, an independent scholar and author based in Seattle. . . . The result is a species-by-species profile of more than 470 species. . . . "Nearly every type of same-sex activity found among humans has its counterpart in the animal kingdom," he concludes. His take-home message is simple: Homosexual behavior is as "natural" as heterosexual behavior.6

Now, even if all this turns out to be true among animals, there is still no proof whatever that man has evolved from such animals, and thus no proof that our "behavior" is a product of evolution. According to the Genesis record of creation, men and women were created to "have dominion" over the animal world (Genesis 1:26,28), not to copy its behavior. In fact, the Word of God calls homosexual behavior an "abomination" (Leviticus 18:22) and those who practice it "dogs" (Deuteronomy 23:17,18), evidently because of the similarity of such behavior to that of these animals. If, indeed, they are now trying to make it seem "natural," as a product of evolution, then here is another reason to call this philosophy "evil-ution."

An even more egregious application of what the authors call "evolutionary psychology" has recently been vigorously promoted in a controversial book called A Natural History of Rape.7 According to this view, the growing incidence of rape (both female and male) in our society—like all other sinful sexual practices (sinful, that is, in the Biblical sense)—is understandable in terms of the widespread acceptance of evolutionism. After all, if as noted above, it is a natural evolutionary drive for males to "produce as many offspring as possible" with "as many females as possible," then when this instinct is thwarted by a reluctant female, or a disapproving society, men must resort to rape. Even homosexual rape is supposed to have an evolutionary rationale in terms of struggle and dominance.

From a Christian point of view, or even from any moral perspective whatever, such reasoning seems atrocious. But the authors (and many defenders of the book) advance it in all seriousness, as the only logical conclusion from the "fact" of evolution.

The practices of sexual promiscuity, homosexuality and abortion are already widely promoted and accepted as "normal" and even "good" in our culture, in the name of evolutionism. Infanticide, and euthanasia are being increasingly advocated, on the same basis. And now even rape?

Of even greater concern is that so many churches, colleges, and seminaries of the mainline denominations have accommodated their teachings to sexual "freedom," abortionism, and even homosexuality (thankfully, not yet to rape!). These evils are even infiltrating a number of evangelical institutions.

The prophet Isaiah warned against this trend toward pagan compromise among his own Israelite people long ago. "Woe unto them that call evil good, and good evil; that put darkness for light, and light for darkness; that put bitter for sweet, and sweet for bitter!" (Isaiah 5:20).

Well, as the Bible warns: "In the last days perilous times shall come. . . . Yea, and all that will live godly in Christ Jesus shall suffer persecution. But evil men and seducers shall wax worse and worse, deceiving, and being deceived" (II Timothy 3:1,12,13).

Undoubtedly, many of those who practice such things do so because they have been "deceived" into thinking they are natural and normal. The nature inherited from Adam naturally tends toward the folly of sin and unbelief. So, as the Scripture goes on to say, "they shall turn away their ears from the truth, and shall be turned unto fables" (II Timothy 4:4). And there is no more fabulous fable than evolution! With its alleged escape from God and His constraining will, there comes great temptation to accept evolution—and the shadow, "evil-utionism" that follows it.

Not only in the area of morals, but also in the wide-ranging philosophies of communism, Nazism, racism, imperialism, and human greed in general (all of which have their pseudo-scientific rationales in evolution8) has the evolutionary fable deceived men into the ultimate sin of rejecting God as Creator and the Lord Jesus Christ as Savior and coming King.

As long as life lasts, of course, every sinful belief and practice of any man or woman can be forgiven and transformed into true saving faith and Christian character. The sole condition is "repentance toward God, and faith toward our Lord Jesus Christ" (Acts 20:21). "God commendeth His love toward us, in that, while we were yet sinners, Christ died for us" (Romans 5:8). "Therefore if any man be in Christ, he is a new creature: old things are passed away; behold, all things are become new" (II Corinthians 5:17).