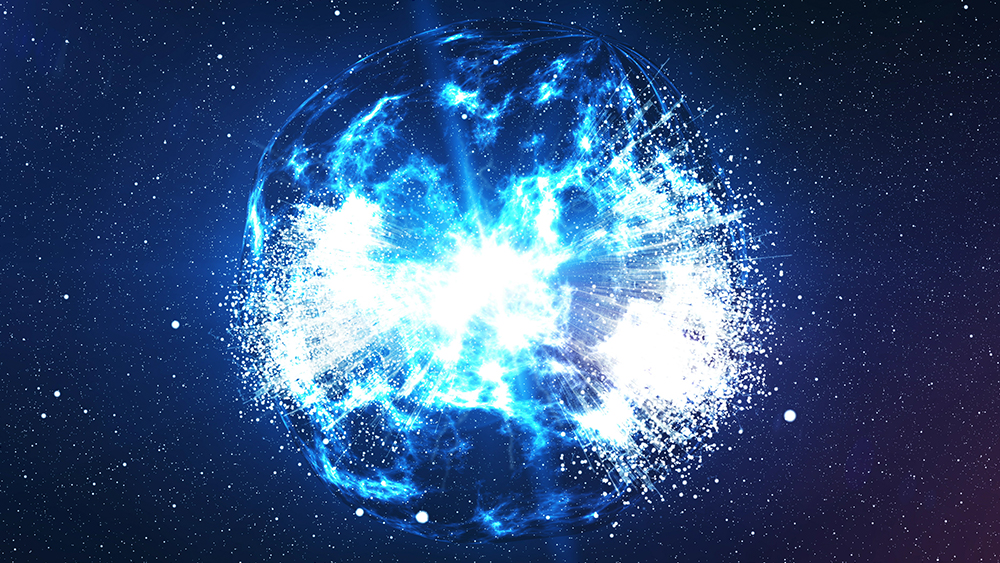 Big Bang scientists are wrestling with “serious” contradictory estimates for the size of the Hubble constant—one of the most important numbers in cosmology.1,2 The Hubble constant, indicated by the symbol H0, is important because it’s thought to give the current expansion rate of the universe. It indicates the speed at which galaxies are apparently receding from one another. This apparent speed increases with increasing distance and is expressed in units of speed per distance (kilometers per second, per megaparsec, or km/sec per Mpc).

At a recent meeting of the American Astronomical Society, astrophysicist and Nobel laureate Adam Reiss discussed how estimates of the Hubble constant, derived from brightness measurements of a special class of supernova, contradicted estimates obtained from a Big Bang interpretation of the cosmic microwave background radiation (CMBR).

This is just the latest of many serious problems with the Big Bang model.

Estimates of H0 obtained from supernova data tend to be around 73 km/sec per Mpc, but estimates obtained by analyzing patterns in the CMBR yield estimates of around 67 km/sec per Mpc.1 This discrepancy is not new; ICR reported on it almost two years ago.3 Big Bang scientists had hoped that improved measurements would remove this discrepancy, but that has not been the case. Now the discrepancy seems even more likely to be real.

Of the two methods used to estimate H0, the one employing the CMBR is most problematic; secular scientists assume that the CMBR is an “afterglow” from a time about 400,000 years after the Big Bang, and then they find the values for a series of parameters that give the overall best fit to this interpretation of the data. Obviously, if the Big Bang is wrong, then the parameters were forced to fit an erroneous model, and the estimate for H0 is meaningless.

The supernova method is more direct, but even it includes subtle assumptions which may or may not be correct.4 For instance, respected cosmologist George Ellis pointed out that the apparent acceleration of the universe’s expansion rate could actually be the result of non-uniform distributions of matter and energy.5 It is of interest to note that Adam Reiss received his Nobel Prize for “discovering” an accelerating universe, which, according to Ellis, could be the result of a misinterpretation of the data!

This is just the latest of many serious problems with the Big Bang model.6-9 Yet Big Bang proponents never seem to be fazed by them. Instead, they optimistically propose ad hoc laws of physics to explain the discrepancies—even though there is no observational evidence for these laws. Physics students can only imagine how much easier their assigned problems would be if they were free to invoke, as do secular cosmologists, new laws of physics whenever it suits them!

The Big Bang model cannot be correct, because it contradicts at multiple points the eyewitness account of the universe’s creation given to us by the Creator Himself, who never lies, and who never makes mistakes.

The fact that the scientific case for the Big Bang is in tatters should not be surprising. The Big Bang model cannot be correct, because it contradicts at multiple points the eyewitness account of the universe’s creation given to us by the Creator Himself, who never lies, and who never makes mistakes.