Catastrophic displacements of enormous plates of the earth’s crust provided the driving force for the global flood and produced the deep spaces for the oceans to drain into after the global flood.

The majority of our planet's sedimentary rock appears to have accumulated rapidly by means of a worldwide flood. Single layers were quickly formed that covered large parts of the globe.

Fault surfaces that contain zones characterized by microbreccias and pseudotachylite are evidences for rapid displacements.

Beveled surfaces below, within, and above thick strata sequences provide evidence of rapid flood and post-flood erosion. Sheetform beveled surfaces below and within thick strata sequences provide evidence of widespread sediment sublimation during a global flood (e.g., the paraconformity between Coconino Sandstone and Hermit Shale on Bright Angel Trail in Grand Canyon).

As further evidence for the worldwide nature of the flood, ancient human cultures across the globe appear to possess legends recounting a great global flood.

Bronze Age Tsunami Reminiscent of the Flood
Evolutionary scientists discovered an ancient tsunami victim and a dog skeleton at Çeşme-Bağlararası, a settlement on the coast of Turkey.1 The researchers also found numerous marine...
BY: TIM CLAREY, PH.D.

Mind-Blowing Marine Ammonite in Tree Resin
Can a single fossil showcase the immense power of the global Flood? One such revelatory fossil may have been found recently in Myanmar encased in beautiful, golden Cretaceous amber.1 And...
BY: TIM CLAREY, PH.D.

Dinosaur "Superhighway" Explained by Global Flood
The recent Alaskan discovery of an unusual assemblage of footprints in Cretaceous rocks has paleontologists scratching their heads.   Anthony Fiorillo, of the Perot Museum of Nature and Science...
BY: TIM CLAREY, PH.D. 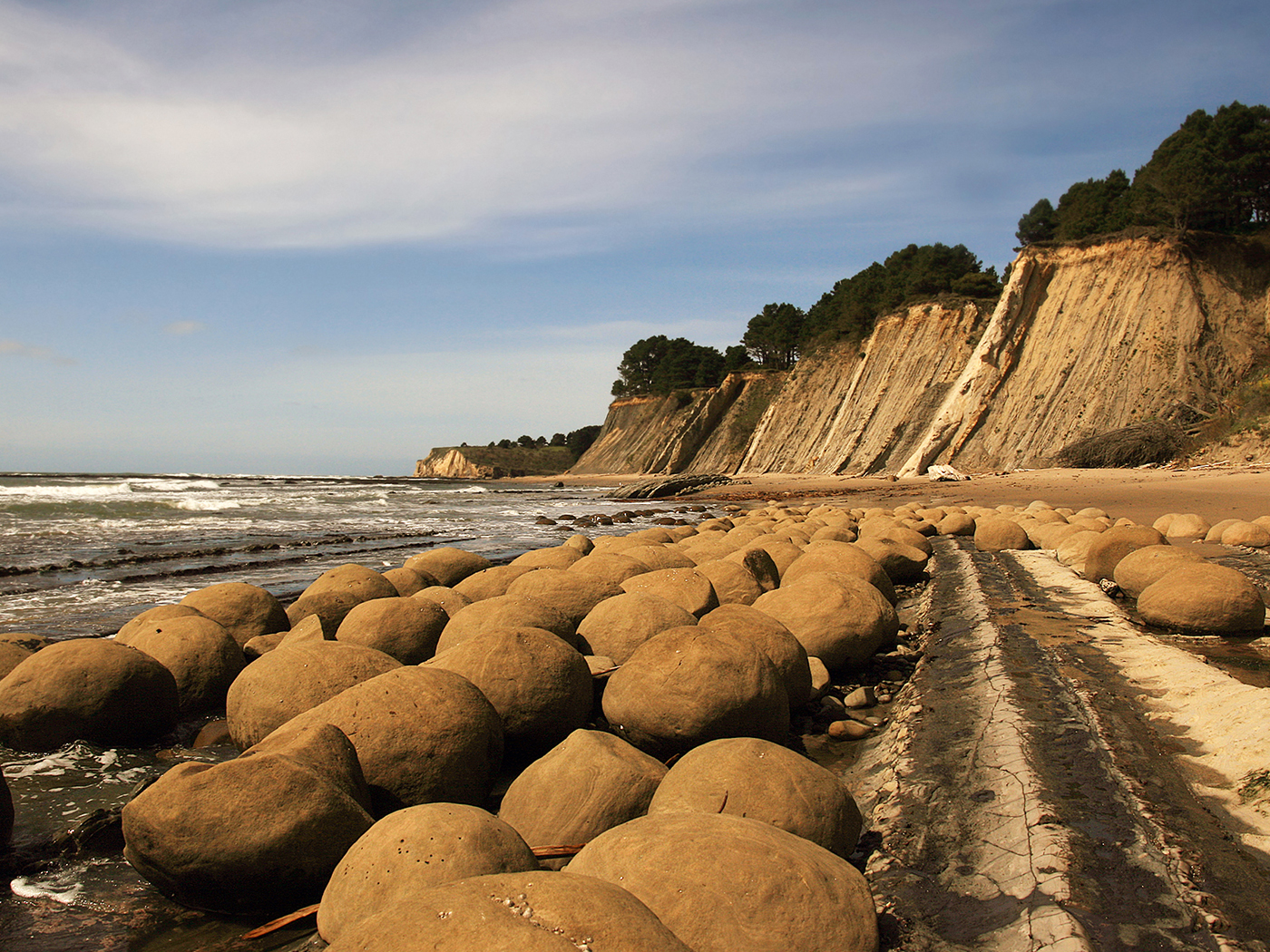 Hasty Concretion Formation
Concretions are remarkable geological curiosities. They are spherical carbonate formations composed of mineral cement. Concretions are found near and far, from Western Kazakhstan to beaches in California....
BY: FRANK SHERWIN, D.SC. (HON.)

Genesis Flood Explains Bloat-and-Float Dinosaurs
A new research paper claims to have solved the mystery of why most ankylosaur dinosaur fossils are found upside down.1 Lead author Dr. Jordan Mallon, from the Canadian Museum of Nature in...
BY: TIM CLAREY, PH.D.

Best of 2017: Sixth Extinction
Geologists reassessed the abundance of fossils in Earth’s uppermost rock layers this year, and they believe they found a remarkable sixth global extinction event.1 Their discovery has...
BY: BRIAN THOMAS, PH.D.

Fossil Trees in Antarctica Preserve Ancient Proteins
A team of scientists led by Erik Gulbranson recently discovered a forest of fossil trees in Antarctica.1 Gulbranson, a paleoecologist at the University of Wisconsin-Milwaukee, claims this...
BY: TIM CLAREY, PH.D.

Still Searching for Geology's Holy Grail
The origin of the continental crust continues to baffle secular geologists who often refer to this mystery as the "holy grail of geology."1 The outer surface of the Earth is composed...
BY: TIM CLAREY, PH.D.

Chinese Dinosaurs Were Fossilized by Flood
Teeth and fossil bone fragments from a meat-eating T. rex-like dinosaur were discovered in a Chinese dinosaur bone bed. The remains indicate that the creature measured over 30 feet from nose to tail.1...
BY: BRIAN THOMAS, PH.D.

Japan's Earthquake Altered the Length of a Day
Japan's disastrous March 11 earthquake has had a lasting geologic impact on the earth. Italy's National Institute of Geophysics and Volcanology preliminarily found that it moved the planet's rotation axis...
BY: BRIAN THOMAS, PH.D.

Texas Canyons Highlight Geologic Evidence for Catastrophe
In the summer of 2002, record rainfall in the Texas Hill Country overfilled Canyon Lake. Water coursed over the top of its dam and carved huge, steep-walled canyons through the limestone bedrock downstream....
BY: BRIAN THOMAS, PH.D.

Strata Data Axes Asteroid Dinosaur Demise
In 1980, a theory was proposed that an asteroid or comet impact was primarily responsible for the mass dinosaur extinctions that were observed in the fossil record. But while the impact tale has become...
BY: BRIAN THOMAS, PH.D.

The 'Mystery' of Octopus Fossils
Around 150 years ago, Charles Darwin asserted that “no organism wholly soft can be preserved.”1 He concluded this based on the assumption that fossilization required long periods...
BY: BRIAN THOMAS, PH.D.

Confirmation of Rapid Metamorphism of Rocks
Where thick sequences of sedimentary rock layers have been deposited in large basins, the deepest layers at the bottoms of the sequences may subsequently have become folded by earth movements when subjected...
BY: ANDREW A. SNELLING, PH.D.

Evidence for a Young World
Spiral galaxy NGC 1232 in constellation Eridanus. Photo: European Southern Observatory Here are fourteen natural phenomena which...
BY: D. RUSSELL HUMPHREYS, PH.D.
Were the Huge Columbia River Basalts Formed in the Flood?
Often skeptics of creation/flood/young earth thinking scoffingly claim that no evidence for the Flood exists. Even though most geologists have abandoned old-style uniformity in favor of a grudging acceptance...
BY: JOHN D. MORRIS, PH.D.
How Did the Vertical Columns at Devil's Tower Form?
Visitors often marvel at the beautiful columns of rock standing at places like Devil's Tower in Wyoming. There a mountain of rock rises from the ground in a series of regular, multi-sided columns, extending...
BY: JOHN D. MORRIS, PH.D.

Up with Catastrophism!
The Uniformitarian Century One of the surprising developments of the past decade has been the resurgence of catastrophism in geological interpretation. Although the great men who were the real founders...
BY: HENRY M. MORRIS, PH.D.

Geology and the Flood
In the early days of geology, especially during the 17th and 18th centuries, the dominant explanation for the sedimentary rocks and their fossilized contents was that they had been...
BY: HENRY M. MORRIS, PH.D.
More Original Biochemistry Shows That Fossils Are Recent