Man Was Recently and Miraculously Created in the Image of God

What separates man from the animal kingdom? Although human genetics and human appearance are different from any animal, there are less apparent, but more important, reasons that determine the nature of man than just his genome.

Genesis chapter one reveals that man was created in the image of God, a quality that separates him from the animals created on day six. This special creation explains why man’s behavior is far more complex than any other living thing on the planet. Man reveals God’s image in many ways. For example:

Man also differs from the other creatures in his relationship to God. Man was created to serve other men and God, a fact that forms the basis for society. Men are God's most treasured creation. God treasures man so much that He died to reconcile man to Himself. It is this value that God places on man that truly separates him from the rest of creation. What really distinguishes man from the animals is the decision each man will make in response to God’s provision for salvation.

Y-Chromosome Study Confirms Genesis Flood Timeline
Based on biblical chronologies, we can determine that the global Flood recorded in Genesis occurred about 4,500 years ago.1 After the Flood, the earth was repopulated by Noah’s three...
BY: JEFFREY P. TOMKINS, PH.D.

Neanderthal Extinction Dilemma
How did Neanderthals go extinct? Four researchers from the Netherlands recently published the results of their computer-modeled human populations in the journal PLOS ONE.1 The findings show...
BY: BRIAN THOMAS, PH.D.

Newly-Discovered Brain Cell
Someone said the three-pound human brain is the most complex and least-understood biological structure in the known universe. Scientific research regarding this incredibly intricate organ will never...
BY: FRANK SHERWIN, M.A. 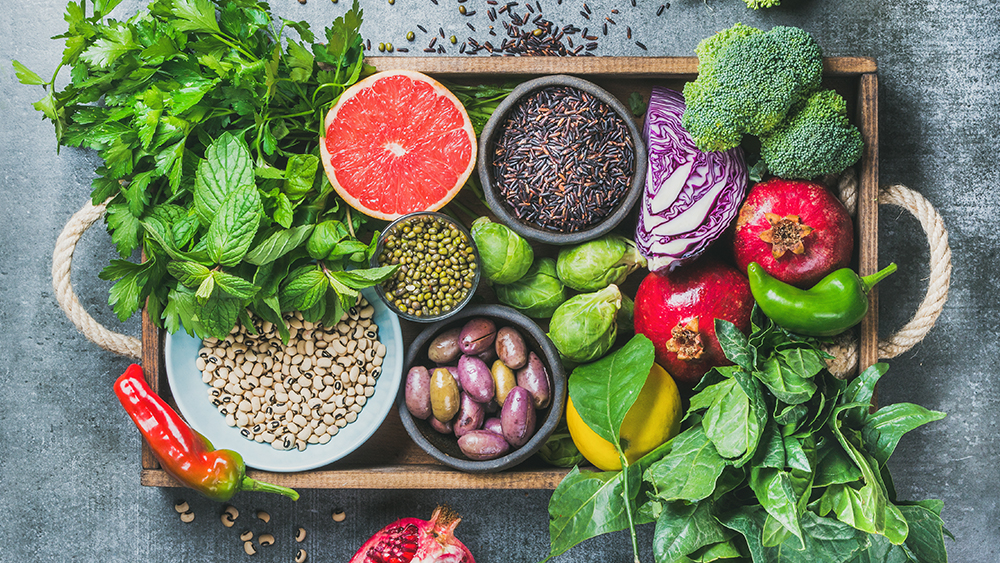 Top 2016 News: Marvels of Human Design
Just when we thought we knew all the basics about the human body, anatomists made three surprising discoveries in 2016. The newfound human body complexity borders on science fiction. The first find:...
BY: BRIAN THOMAS, PH.D.

Neuron-Packed Bird Brains Point to Creation
The amazing ability of birds to achieve ape-level cognitive traits—and in some cases exceed them like when they emulate human speech—has long confounded the evolutionary paradigm that claims...
BY: JEFFREY P. TOMKINS, PH.D.

Special Cells Help Brain and Gut Communicate
After investing so much time and effort to understand how body parts interact, scientists keep turning up new and unforeseen connections—often when they ask the right questions. New and strange...
BY: BRIAN THOMAS, PH.D.

Mother's Milk Could Save a Million Lives
Who wouldn't want to encourage a simple practice that can save almost a million lives and over 300 billion dollars per year in health costs?1 According to an article in medical journal...
BY: BRIAN THOMAS, PH.D.

Discovery: Spine Signals Ears to Maintain Balance
Bodies bounce while jogging or performing any number of other vigorous activities, usually without getting dizzy. However, bodies get dizzy when they are "bounced" from the outside, like while...
BY: BRIAN THOMAS, PH.D.

Undersea Monolith Reveals Genius Engineering
Of all the scientific disciplines, underwater archaeology may be one of the most fascinating. These researchers examine artifacts our ancestors left behind before global sea level rose and covered them....
BY: BRIAN THOMAS, PH.D.

Human Fairness: Innate or Evolved?
How does it make you feel when you put forth just as much effort as the next guy, but he receives twice the reward? Unfair! But how did people acquire the sensibilities involved when assessing fairness?...
BY: BRIAN THOMAS, PH.D.

Which Came First--the Spear or its Thrower?
Scientists age-dated a cache of stone-tipped throwing spears unearthed from Ethiopia's Gademotta Formation at 280,000 years old. This find appears to pierce the conventional story of human evolution—a...
BY: BRIAN THOMAS, PH.D.

British Pre-Roman Roads Lead to Genesis
Archaeologists uncovered the remains of a well-maintained and well-built British road beneath an ancient Roman road in 2011. This evidence contrasts what modern texts teach about primitive-pagan peoples...
BY: BRIAN THOMAS, PH.D.

The Oldest American Petroglyphs
Scientists now say that the petroglyphs at Pyramid Lake, Nevada, are the oldest in North America to have been age-dated. Though appearing confident about some details, they cannot yet identify the ancient...
BY: BRIAN THOMAS, PH.D.

Amazing Design in the Chemistry of Pregnancy
The onset of pregnancy presents an apparent contradiction. Ovulating and initially pregnant mothers experience an increase in progesterone. On the one hand, this hormone signals the immune system to...
BY: BRIAN THOMAS, PH.D.

Modern Y-Chromosome Variation Surpasses Archaic Humans
The human Y-chromosome has been a sore point among secular scientists in recent years because of its many anti-evolutionary surprises. Adding to the Darwinian grief, is yet one more shocking Y-chromosome...
BY: JEFFREY P. TOMKINS, PH.D.

Scientists Get Glimpse Into Infant Language Learning
The developing human brain learns language at a remarkably accelerated rate starting at about one year old. But even at six months, baby brains begin to log basic language foundations. After several...
BY: BRIAN THOMAS, PH.D.

Eight Spears Found in German Coal Mine
Researchers discovered eight well-manufactured throwing spears in an Ice Age coal deposit near Schöningen, Germany. They are calling these the oldest human tools. What can forensic science reveal...
BY: BRIAN THOMAS, PH.D.

Do People Have 'Gill Slits' in the Womb?
German zoologist Ernst Haeckel is perhaps most famous for defending evolution with the argument that creatures replay their evolutionary past when developing in the womb. Since Darwin's time, textbooks...
BY: BRIAN THOMAS, PH.D.

Stone Age Art Holds Hints of Language
Ancient cave art can give modern observers a unique glimpse into the minds of people who lived long ago. Stone Age art in European caves is best known for its beautiful paintings of animals like deer,...
BY: BRIAN THOMAS, PH.D.

Brain Function Discoveries Support Creation
A pair of recent reports in the journal Science have added new insight into the incredible design and function of the human brain.1,2 The studies focused on the cortex—the part of the...
BY: JEFFREY P. TOMKINS, PH.D.

Human Jawbone Size Reflects Diet, Not Just Lineage
Many people in the post-industrialized era have problems with crowded teeth because there's not enough room in their lower jaws. The teeth sometime erupt crookedly and cause malocclusions, or misalignments...
BY: BRIAN THOMAS, PH.D.

Study Shows Humans Are Uniquely Designed for Music
Unlike other creatures, humans can compose, record, and enjoy music. A new study has identified a brain chemical that provides pleasure when people listen to certain music. Where did this amazing ability...
BY: BRIAN THOMAS, PH.D.

'Cavemen' Diet Was Far from Primitive
Countless schoolchildren have been told that they evolved from cavemen who wore no clothes, communicated in grunts, and were primitive hunters. But many of their teachers can't answer the question "how...
BY: BRIAN THOMAS, PH.D.

Origins Breakthroughs of 2010: Human Genetics
Every year brings new scientific discoveries that shed light on the past. The Institute for Creation Research is dedicated to the study of origins from a biblical perspective, and ICR News has compiled...
BY: BRIAN THOMAS, PH.D.

Five Consequences of Having Been Created
Evolutionists have long held that the human body contains “useless” biological structures that are “vestiges” of an evolutionary history of repeated transformations. Recently, North...
BY: BRIAN THOMAS, PH.D.

Ancient Wooden Door Has 'Remarkable' Design
Glimpses of the past can sometimes be unearthed in the most ordinary places. In a dig for an underground parking facility for the Zurich opera house in Switzerland, evidence of ancient human occupation...
BY: BRIAN THOMAS, PH.D.

The 'Animal Connection' Points to Creation, not Evolution
What do the oldest European artworks and the domestication of animals have in common? A Penn State University paleoanthropologist suggested that they are evidence of a unique connection with animals that...
BY: BRIAN THOMAS, PH.D.

New Finds and Possible Fraud Discredit 'Chimp Culture'
Do chimpanzees have their own culture? If so, some researchers would connect their behaviors to aspects of human culture, which they believe supports an evolutionary relationship. But current developments...
BY: BRIAN THOMAS, PH.D.

Evolution Can't Explain Dancing Babies
Humans don’t need to learn the ability to move to a rhythm, according to a new study. They are born with it. Two researchers from Finland and the United Kingdom wanted to find out how soon in life...
BY: BRIAN THOMAS, PH.D.

Discoveries Show Early Mankind Was Advanced
Evolution holds that mankind emerged from “primitive” primates about 3.5 million years ago. Afterward, man continued to add habits and features that distinguished him from his humble predecessors,...
BY: BRIAN THOMAS, PH.D.

Surprising 'Stone-Age' Surgery Evidence Found in France
An unexpected report has recently surfaced of a successful and sophisticated Stone-Age amputation.1 In an early tomb found south of Paris, France, scientists uncovered the remains of a man who...
BY: BRIAN THOMAS, PH.D.

Human Communication: Chance or Design?
Human speech requires precisely organized body parts and biochemicals that are certainly complicated enough on their own to have warranted their special creation. But a new study indicates that gestures...
BY: BRIAN THOMAS, PH.D.

Were Stone Age Britons Trigonometry Experts?
Man-made geographical high points in southern England and Wales have been observed for centuries, including earthworks, stone monuments like Stonehenge, and hill camps. But something quite unexpected about...
BY: BRIAN THOMAS, PH.D.

New Book Debunks Human-Chimp Similarity
Evolutionary science repeatedly declares that chimps and humans are 98 percent genetically identical, which is then taken as solid evidence that mankind evolved from an apelike ancestor. But a former BBC...
BY: BRIAN THOMAS, PH.D.

Ancient Stone Knives Made by 'Smart' Humans
Evolutionary history holds that the first humans emerged about 200,000 years ago. It was thought that these early people were in some ways sub-human, as the gradual development of higher-level thinking...
BY: BRIAN THOMAS, PH.D.

Flat-Faced Fossil Fails to Fit Evolution
Portions of a primate’s fossilized face and jaw were recovered near Barcelona in 2004. The discovery of the bones was recently hailed as “an enormous step forward in the understanding of the...
BY: BRIAN THOMAS, PH.D.

Some Birds Were Created to Boogie
Snowball is a sulfur-crested cockatoo. He’s also a YouTube sensation, as this bird dances by bobbing his head and lifting his feet to a musical beat. In addition to the Internet community, Snowball’s...
BY: JEFFREY P. TOMKINS, PH.D.

Chimp Study Reveals Humans Are Uniquely Wired
Chimps are physically stronger than humans, as demonstrated in recent national news when a chimpanzee severely mauled a Connecticut woman. Police were forced to shoot and kill it after its owner failed...
BY: BRIAN THOMAS, PH.D.

Stone Blades Cut Back Evolutionary Dates
Evolutionary anthropologists once thought that stone knives were developed in the late Stone Age, around 40,000 years ago. That figure was later revised to 200,000, around the Middle Stone Age, when stone...
BY: BRIAN THOMAS, PH.D.

What Makes Us Human?
Are humans really biologically and socially different from the rest of the created world? Are there definitive characteristics that separate humans from other forms of life, or are humans simply an...
BY: DANIEL CRISWELL, PH.D.

Evolution And The Image Of God
"So God created man in His own image, in the image of God created He him; male and female created He them." The Creator of mankind, Genesis 1:27 "If man and woman have ultimately...
BY: JOHN D. MORRIS, PH.D.

Mankind--The Pinnacle of God's Creation
"And God said, 'Let us make man in our image, after our likeness … so God created man in His own image, in the image of God He created him. He created them male and female.'...
BY: JERRY BERGMAN, PH.D.

Language, Creation and the Inner Man
Probably the most important physical ability distinguishing man from apes and other animals is his remarkable capacity of language. The ability to communicate with others of his own kind in abstract,...
BY: HENRY M. MORRIS, PH.D.