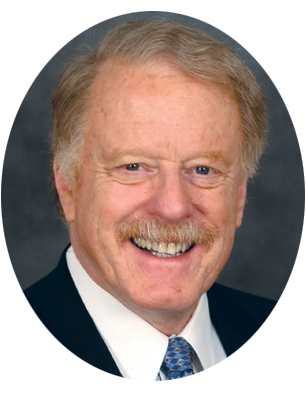 Frank Sherwin received his bachelor's degree in biology from Western State College, Gunnison, Colorado, in 1978. He attended graduate school at the University of Northern Colorado, where he studied under the late Gerald D. Schmidt, one of the foremost parasitologists in America. In 1985, Dr. Sherwin obtained a master's degree in zoology. He published his research in the peer-reviewed Journal of Parasitology. In 2021, he received an Honorary Doctorate of Science from Pensacola Christian College. He contributes his scientific expertise to a variety of ICR's publications on creation science and is one of ICR's most sought-after speakers. He is the author of The Ocean Book and Guide to Animals; co-author of The Fossil Record: Unearthing Nature's History of Life, Parks Across America: Viewing God's Wonders Through a Creationist Lens, Fascinating Creatures: Evidence of Christ's Handiwork, Human Origins, and The Human Body: An Intelligent Design; and a contributor to Guide to Creation Basics and Creation Basics & Beyond.