The Bible is an uncomfortable, yet undeniable book. From beginning to end, what is revealed about God Himself, His creation, His dealings with mankind, and His plans for the future makes sinful human beings squirm.

For the unredeemed, separation from God drives them into hiding, like it did Adam and Eve in the Garden. Of course, we know that we can never truly hide from the all-knowing Creator. Adam and Eve could not. Cain could not. And the billion-plus humans on the earth at the time of the global Flood could not.

But for the redeemed, the Bible is a book of hope. It gives us assurance. It soothes us with God’s comfort. It enlightens us with God’s plans and purposes for now and into eternity. From the very first verse, God has revealed Himself in such a way as to cause us to lift our hearts in wonder and praise and thanksgiving.

So a renewed attempt to disparage the book of Genesis by “evangelical” scholars—seeking to replace special creation with Darwin’s theory of evolution—is forcing doubt upon Christians regarding the importance of the first book of the Bible. In the guise of scholarly study, these intellectual elitists push the notion that God was an evolutionist and that evolutionary interpretation of scientific evidence trumps God’s written record of creation. They declare that Adam and Eve were not real people, that the Fall in the Garden was symbolic, and that the Flood of Noah’s time was nothing more than a local splash of water in ancient Mesopotamia. These professors and preachers would have you believe that evolution and the Bible are wholly compatible, and that the random development of life by means of “natural selection” is a much better explanation than the Genesis record of creation.

But if God didn’t mean what He said in Genesis, then why does Genesis matter at all?

Genesis matters because it is God’s inspired revelation.

The move today to push Genesis out of the realm of the historical in order to accommodate the opinion of evolution’s proponents strips the first book of the Bible—in all practical terms—of its sacred place in the canon of Scripture. Dr. R. Albert Mohler, president of Southern Baptist Theological Seminary, sums up the seriousness of the issue:

Theological disaster ensues when the book of nature (general revelation) is used to trump God’s special revelation, when science is placed over Scripture as authoritative and compelling. And that is the very heart of this discussion. While some would argue that the Scriptures are not in danger, the current conversation on this subject is leading down a path that will do irrevocable harm to our evangelical affirmation of the accuracy and authority of God’s Word.

Kenton Sparks, for example, writing for BioLogos, suggests that any rendering of the Bible as inerrant makes the acceptance of theistic evolution impossible. Certainly implausible. Evangelicalism, he says, has painted itself into a corner—we have put ourselves into an intellectual cul-de-sac with our understanding of biblical inerrancy. He suggests that the Bible indeed should be recognized as containing historical, theological, and moral error.1

If Genesis is to be held in highest regard along with the other 65 books of Scripture, then we must be on guard against those who would selectively replace the doctrine of biblical creation with popular naturalistic notions such as evolution. The accuracy of Genesis as a historical account is guaranteed by the One who divinely inspired the writing of the book.

Either all of Genesis is part of Scripture or it’s not. Dr. Mohler reminds us of how far these liberal scholars are willing to go.

Peter Enns, one of the most frequent contributors to BioLogos, suggests that we have to come to the understanding that, when it comes to many of the scientific and historical claims, the writers of Scripture were plainly wrong.1

Genesis matters because it is accurate historical narrative.

The careful Bible student understands that God’s inspired Word was set forth through various literary genres, such as poetry in the Psalms, prophecy in Daniel and Revelation, and historical narrative in many books of the Bible. The Gospels and the book of Acts are historical books, detailing the words and work of Jesus and His disciples. Real people are mentioned. Real cities are described. Real events are recorded for us to read. Much of the Old Testament is a record of history, and that is easily seen in the Pentateuch, the first five books of the Bible.

However, the events in the first eleven chapters of Genesis—particularly creation, the Fall, and the Flood—have made certain Christian teachers so uncomfortable that they now are seeking to deny the undeniable. But this attack on Genesis is not new.

In the early to mid-20th century, there was a push toward evolutionary explanations of science that began to make theologians squirm. Dr. John Whitcomb, co-author of The Genesis Flood with Dr. Henry Morris, describes the atmosphere among theologians during that period:

At the time, I held to the Gap Theory, as many conservative theologians did, because it conveniently placed the “accepted” scientific theories of billions of years of evolutionary and geological development in between verses 1 and 2 of the first chapter of Genesis. It seemed an acceptable blend of science and theology. It allowed us to declare that God created plants, animals, and people in six literal days without our having to deal with the scientific evidence in much detail. In hindsight, though, the Gap Theory, along with other hybrid theories, was still just another compromise that denigrated the character of Scripture, and thus defamed the character of the Creator.2

Enough biblical language research has been conducted on the account in Genesis to conclude, without any doubt, that God’s narrative of six 24-hour days for creation is a record of actual history, not some metaphorical “framework” open to any interpretation.

Genesis matters because it is vital to knowing God.

You cannot really know God until you rightly understand Genesis. That’s a powerful claim, but one worth considering.

If God designed the Bible to consist of 66 books, and ensured that His revelation was complete and unified and without error in every word within those 66 books, then we must be careful not to dismiss any statement or any book that God divinely inspired for us to read and study.

God did not reveal His Word in a haphazard way; there is marvelous, perfect unity from beginning to end. Nor did God wait around to see what ancient peoples wrote before He inspired the writers of the Bible. The lordship, power, and omniscience of the triune God are plainly presented from the very first pages of Genesis.

Genesis 1:1 is clearly one of the greatest apologetics in all of Scripture, for if we stumble here, we cannot, or will not, appreciate God in the rest of the Bible. Accepting God as Creator demands our acceptance of Him as Judge, and that is exactly why many refuse to acknowledge that God exists, for doing so obligates them to deal with their sin before a righteous Judge.

Of course, this is not to say that one cannot know enough about God to receive His gift of salvation should one only know, for instance, a gospel presentation from the book of John or Romans. Many millions have been saved with just such portions of Scripture.

However, suggesting that it’s okay to remove the book of Genesis—or at least the first eleven chapters—from importance in our study of the Bible is to demote this portion of Scripture from the level of divine inspiration, or to denigrate the ability of God to communicate clearly on important matters that deal with the very identity and attributes of a holy, purposeful, and compassionate God.

If Genesis doesn’t matter—if God didn’t want us to know Him through the book of Genesis—then He would have left it out of the Bible entirely.

* Mr. Ford is Executive Editor at the Institute for Creation Research. 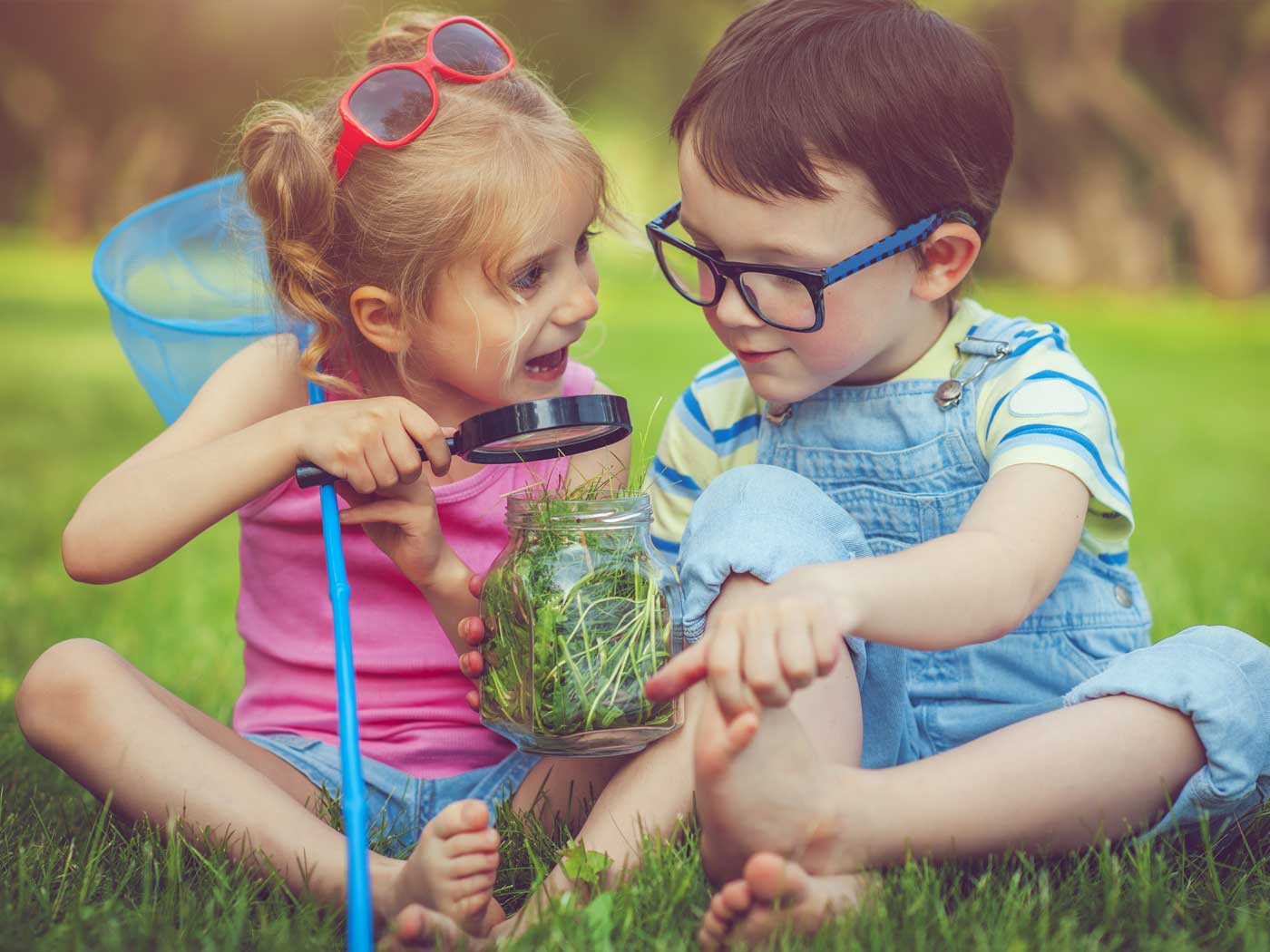 Teaching Kids About Creation During Quarantine
Thanks to public health recommendations regarding COVID-19, many families are spending more time together than ever before. If that’s your situation,...
BY: CHRISTY HARDY

Spacecraft Model Construction for Isolated Families
The European Space Agency has posted a number of do-it-yourself science activities for families homebound during the coronavirus pandemic.1...
BY: JAKE HEBERT, PH.D.