Scientists and media outlets around the world are praising “Ida,” the primate fossil hailed as the long-sought-after “missing link” in the human evolutionary theory.

In a major public relations campaign, Ida was unveiled in New York City yesterday, May 19, 2009, and will make a stop in London May 26 before returning to its owners at the University of Oslo’s Natural History Museum. BBC1 will air a documentary based on the fossil the same day as its UK unveiling, and Little, Brown—publisher of the popular Twilight fiction series—put out a book about the find today. Even Internet search engine Google posted a special banner in Ida’s honor.

But despite the hype, a whirlwind of questions still surrounds the discovery. First, the environment in which the fossil was kept for 20 years is unclear. Ida, who bears the technical name Darwinius masillae in honor of this year’s 200th anniversary of British naturalist Charles Darwin’s birth, was found in 1983 by an amateur fossil hunter at Germany’s Messel Pit. He kept it in unknown conditions before deciding to sell it through a dealer two years ago.

Second, the purchaser’s stated motivation for obtaining the fossil seemed to emphasize business over research. University of Oslo paleontologist Jørn Hurum nicknamed the fossil “Ida” after his own small daughter and told UK news outlet The Guardian, “You need an icon or two in a museum to drag people in…this is our Mona Lisa and it will be our Mona Lisa for the next 100 years.”1 Hurum purchased the fossil for an undisclosed sum from the dealer based on seeing only three photographs and not the actual fossil, a “huge gamble” that suggests pressure to make some kind of return on the university’s investment.

Third, the fossil was hailed as humanity’s missing evolutionary link before the technical details of the find were published. This strategy effectively prevented the scientific community from evaluating the data and possibly calling a halt to the campaign on account of the fact that Ida has no transitional features and is therefore irrelevant to the evolutionary hypothesis of human development. Paleontologists are speaking out, but their voices are thus far being drowned out by the hype. Richard Kay from Duke University told Science that “the data is cherry-picked.”2

Ida, though an amazingly well-preserved fossil, will prove to be another Lucy, Java Man, Archaeopteryx, Confuciusornis, Pakicetus, and Eosimias. It will undoubtedly join the growing collection of fossils that were once thought to be missing links, but that upon further study turned out to be extinct creatures with no transitional features.

Look for more news soon on detailed analyses of Ida from ICR. 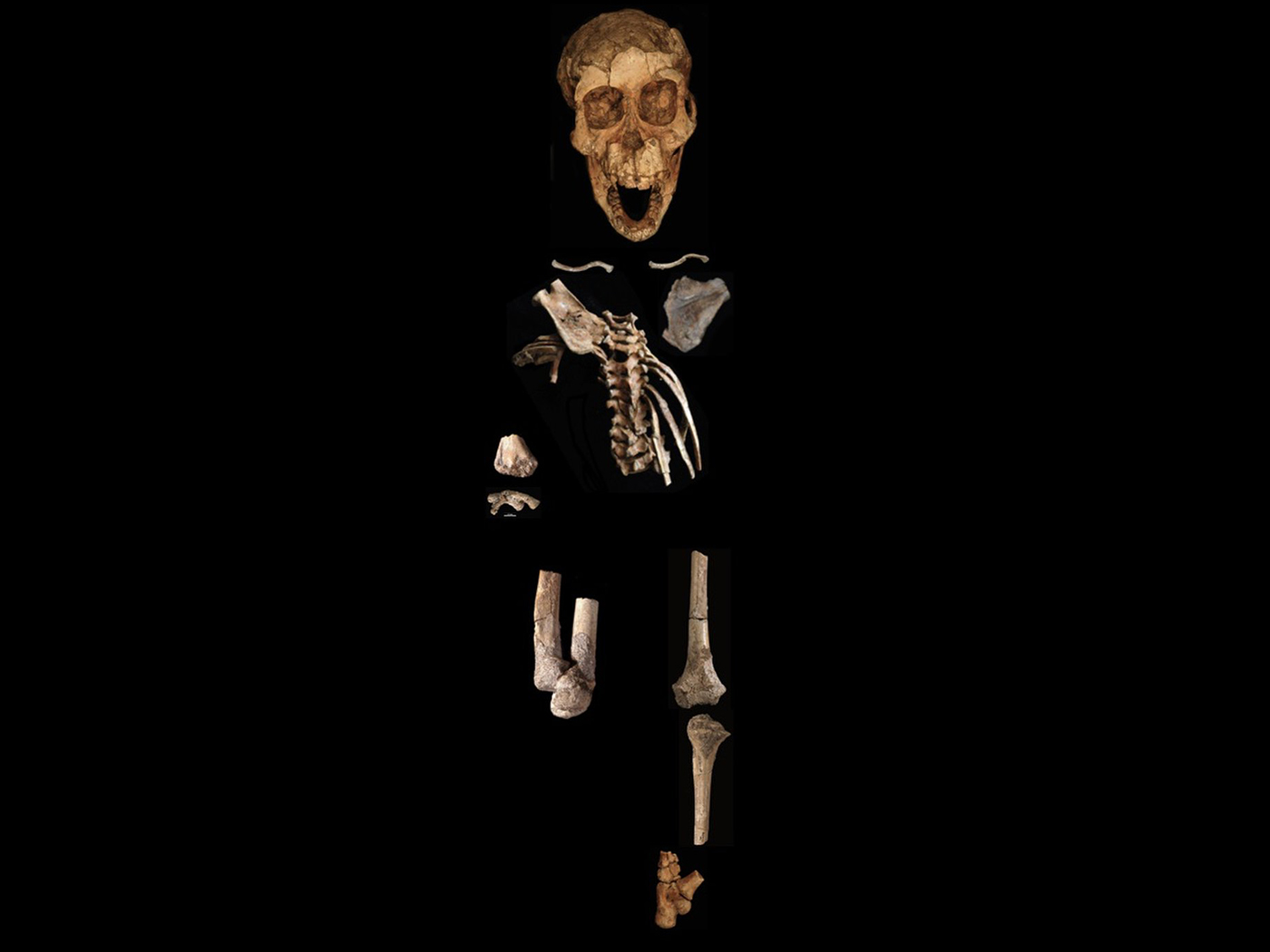 More Evidence Lucy Was Just an Ape
Certain evolutionary scientists have talked of Lucy since the 1970s as a supposed ape-like ancestor of humans. It’s probably the world’s...
BY: BRIAN THOMAS, PH.D.

Bacteria Make Good Linguists and Electricians
Our scientific forefathers thought of germs as simple living things. They were oh, so wrong. Apparently, when it comes to living things, small does...
BY: BRIAN THOMAS, PH.D.
The Latest
COVID-19   NEWS   ACTS & FACTS   PODCASTS

NEWS
Volcanic Ash Turns to Stone in Months
How long does it take for the volcanic ash to turn to stone? Most uniformitarian scientists claim this is a slow process that should take many years, even...
BY: TIM CLAREY, PH.D.