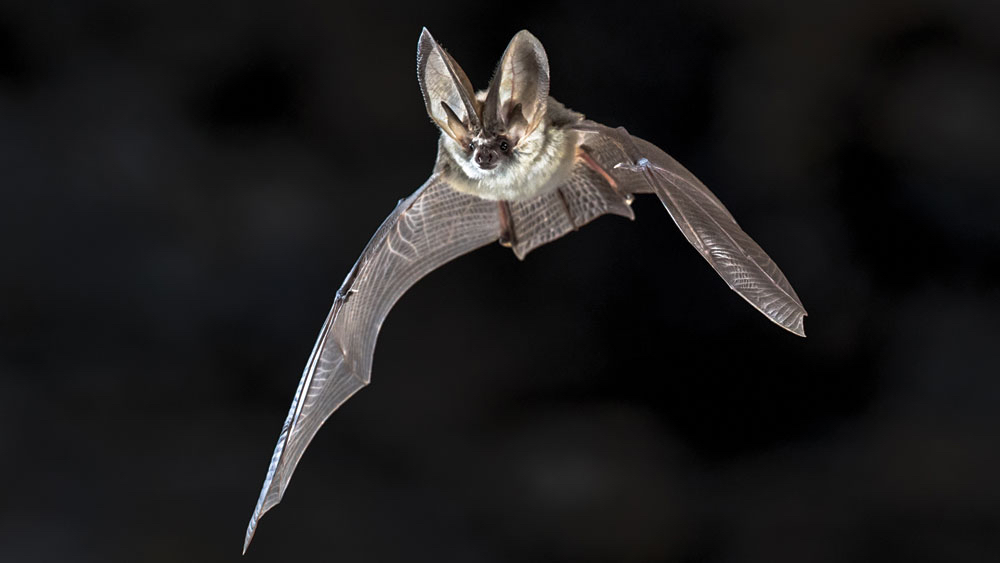 NEWS     CREATION SCIENCE UPDATE     FOSSILS SHOW STASIS AND NO TRANSITIONAL FORMS
Bat Echolocation Defies Evolutionary Explanations
BY FRANK SHERWIN, D.SC. (HON.) *  |
MONDAY, JANUARY 31, 2022
Bats are the only flying mammals. What was their origin? According to evolutionists,


The 50-million-year-old bat specimens are already recognizable as bats, so where did they come from? When, where, why and how the first bats become airborne is another mystery buried by Deep Time.1

Conversely, creationists maintain bats were created during the creation week just thousands of years ago.

Bats are unique at several levels including the amazing ability to echolocate (also called biological sonar), the ability to determine positions of objects by reflecting high-pitched squeaks.

The case for creation is clearly seen in the overt design of the bat’s echolocation apparatus. God has designed the bat’s neural mechanisms including acoustic features such as harmonic composition, frequency modulation, call duration and pulse intervals, and signal advantages. There are also amazing anatomical structures such as the critical spiral (cochlear) ganglion of the inner ear, primary sensory neurons, auditory cortex, and inferior colliculus.

Recently, zoologists have published an article regarding the structure of the bat inner ear.


A new paper in Nature2 is the world's first study to compare the inner ear structures of the two main groups of bats. By examining the microscopic inner ears of bats from 19 of the 21 known bat families, the researchers were able to show that the presence of extra neurons and specialized ear structures align with a split in bat evolution revealed by DNA.3

But did this interesting discovery really “solve the mystery of how bats evolved the echolocating abilities we see today"3 or did the scientists simply describe in detail the bat’s fascinating microanatomy of the inner ear?

Bats appear suddenly as 100% bats in the fossil record, some of which have the ability to echolocate. There is no indication of their evolution from a non-bat ancestor or the gradual evolution of echolocation, which can only be “hypothesized,” “suggested,” or “may be.”2

Indeed, the group of yangochiropteran bats has a spiral ganglion that has been called “highly derived”2 which means an advanced character state allegedly “appearing” in the course of evolution. In other words, the first time scientists find the essential spiral ganglion in bats it is complex and fully functional.

The bottom line of this science news story is that scientists have discovered major groups of bats that echolocate differently due to the microanatomy of their inner ear. According to lead author Benjamin Sulser, a Ph.D. student, "This is the first time we found different neuroanatomies in the inner ear, which give these bats different ways of processing the echolocating signal."3 Wonderful! Who would doubt it? The zoologists discovered different neuroanatomies in the bats inner ear in which chance, time and natural processes cannot explain.