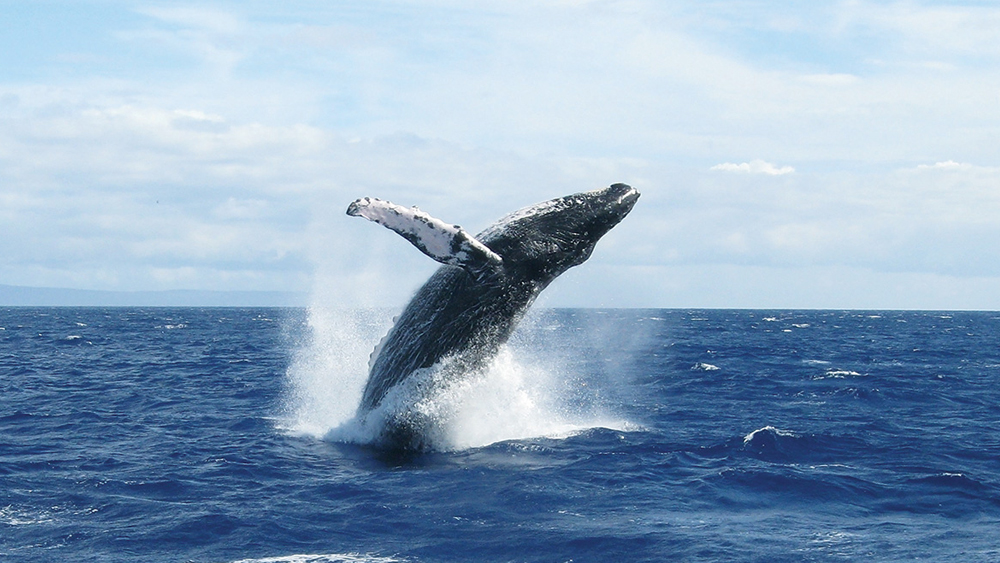 See the reference list at the bottom for articles related to these topics.

Many people talk about the Big Bang as if it’s a scientific fact, but it’s really a speculation. It has never been proven. Some assume that because the universe is apparently still expanding, it must be a leftover effect from an explosive origin. But even if the universe is expanding today, it doesn’t require a Big Bang beginning.1 God could have created it to expand not from the size of a pear but from a much larger original size.

Even secular textbooks recognize Big Bang difficulties such as the horizon problem and the mature galaxy problem.2-4 If the Big Bang were true, the universe should not have such a stunning uniformity or “sameness” throughout its structure and temperature. The Big Bang would also mean that the galaxies farthest from Earth should look like baby galaxies. Instead, they look the same age as those near us.

Secular scientists insist Earth formed through natural processes 4.6 billion years ago, but much evidence confirms our planet’s youth. At its current decay rate, for example, Earth’s magnetic field would have run down after only a million years.5

Earth’s fossils, coal, and diamonds are supposedly millions of years old, yet they all contain short-lived radiocarbon atoms that can last no more than 100,000 years.6

Isotope-based “dates” for the same rock sample don’t always agree, so scientists must decide which results to keep and which to ignore. ICR’s Radioisotopes and the Age of the Earth (RATE) multi-year study found strong evidence that secular geologists use bad science to date rocks.7-9

Scientists have spent at least a century trying to create biological life from chemicals, yet they haven’t made even one DNA molecule.10 Since a cell’s energy, information storage, and metabolic machinery all depend on one another, the first cell could not have arisen through natural processes unless all three intricate systems sprang up at once.11-14 And besides that, body cells break down when they’re not part of a living being. The universal failure of people to make life highlights God as the source of all life (Psalm 36:9).

We see variation within an animal kind, such as the lions, tigers, ligers, and cheetahs included in the cat kind.15 Creatures within a kind might develop trait variations to adapt to changing environments, but we never see fish turn into frogs or earthworms gradually change into people. Cats make cats, frogs produce frogs, and worms beget worms.

Evolutionists cannot agree on any of the proposed transitional creatures found among the fossils. They try to map animal and human ancestries by observing similar traits between creatures. But each researcher makes a different map as each one crafts a new story of how the same traits spontaneously evolved many times in a variety of animal kinds.16

Dr. Richard Lenski’s famous E. coli breeding experiment at the University of Chicago was designed to observe evolution happening in the lab. This famous experiment should’ve given us a glimpse of evolution occurring right before our eyes. But after 50,000 generations, he still breeds E. coli.17

Mutations caused a loss of regulation that made some E. coli more efficient citrate eaters, but this loss didn’t show that mutations can rebuild germs into anything but germs. Similarly, some people claim that the flu virus’ tendency to mutate into new strains demonstrates molecules-to-man evolution. But with every new flu strain, we’re still fighting the flu.18

Evolutionists credit natural selection through environmental pressures for the development of various creature features. For example, the properties of air supposedly helped make bird feathers air-resistant. In truth, scientists have never seen natural selection generate a new feature, much less an organ system, in a plant or animal.19

Museums have labeled Pakicetus as a whale ancestor since the 1980s, when only its skull was known. In spite of the 2001 discovery of a full-body Pakicetus fossil with legs rather than fins, museums continue to display this fake fact.20 Evolutionists teach that this walking mammal somehow evolved into a whale.21 Some speculated that whale “hip bones” were useless leftovers from when whale ancestors had legs. But further study showed these pelvic bones are vital for underwater mating.22

Museum displays showed Lucy with human feet before anyone had ever found its foot fossils. But in 2018, a baby Lucy was discovered, and it had a curved, ape-like big toe. Lucy is an extinct form of ape—there’s nothing to indicate she’s part-human in any way.24 Experts have classified every supposed human ancestor fossil as an extinct ape, an extinct human, a mystery, or a fraud. At least some evolutionary experts disagree on every one as a human ancestor.25

The chimpanzee is supposedly our closest relative in the animal kingdom, thought to have diverged from the same ape-like ancestor humans came from. For evolution to have enough time to make these changes, chimp and human genomes would have to be at least 98% similar.26 But chimps have 6% more DNA than humans. Plus, side-by-side sequence comparisons show no more than 85% similarity.27 Mutations don’t write new code. The 98% similarity line is fake.

Evolution runs on rhetoric and not reality. ICR offers many in-depth resources that evaluate evolutionary assertions and arguments.28 The better we understand what makes evolution’s supposed facts fake, the better equipped we become to make a real difference.