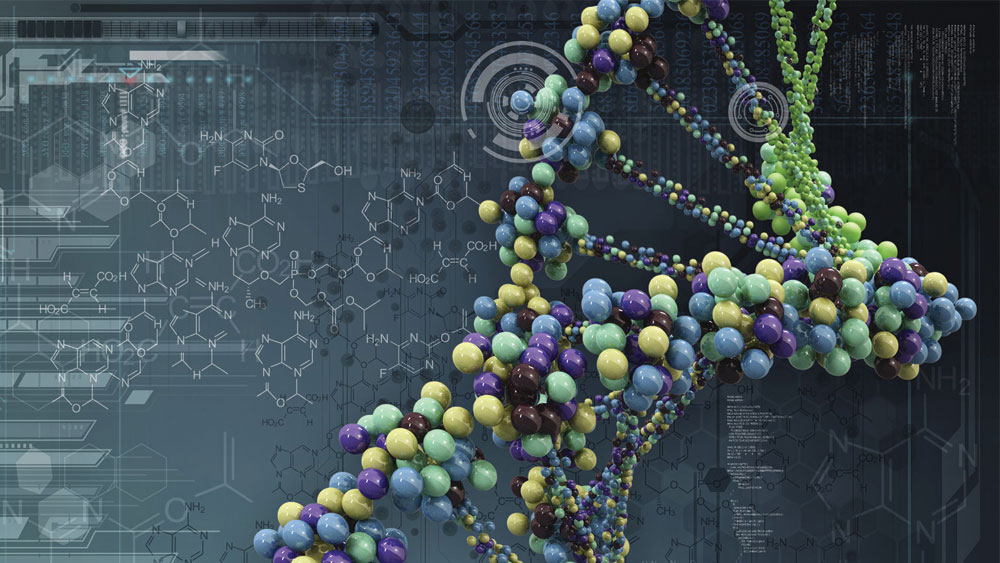 NEWS     CREATION SCIENCE UPDATE     LIVING CREATURES WERE EQUIPPED TO ADAPT
Random Mutations Debunked by Secular Scientists
BY JEFFREY P. TOMKINS, PH.D. *  |
THURSDAY, FEBRUARY 03, 2022
A fundamental axiom of evolutionary theory is the alleged random appearance of mutations in the DNA of an organism. This supposedly creates novel genetic variation for the mystical agent called natural selection to act upon.1 That essential premise has now been utterly debunked in a new secular research paper published in the journal Nature.2

Scientists had previously discovered that genetic variation in the genome was not random and tended to be much lower around parts of the genome involved in regulation and stability.3,4 But a comprehensive study of an entire genome to evaluate mutation and variation had not been done—until now. In this new study, the researchers used a small weedy plant called Arabidopsis which has a very small and compact genome that makes it much easier to study. For this study, the scientists analyzed the DNA sequence from a variety of specialized strains of Arabidopsis that had accumulated large amounts of DNA variation (mutations) over many generations.

Mutations (alterations in the DNA sequence) can occur when DNA becomes damaged and left unrepaired. In this new study, the researchers wanted to know if these mutations were entirely random or if something else might be going on. As it turns out, the million-plus mutations that they tracked across the genome were very non-random in their distribution. In fact, the overall pattern revealed an ingenious scheme to benefit the genetic integrity of the plant—creating an entirely new paradigm for thinking about mutation that defies standard evolutionary reasoning.

In the regions of the genome where mutations were minimized, the researchers found a strong representation of essential genes, such as those involved in cell growth and gene regulation. The researchers deemed these areas to be some of the most biologically important regions in the genome and were thus protected from mutation. They also determined that DNA damage repair seems to be particularly more active in these regions.

Another important finding of this study was the presence of epigenetic mechanisms that correlated with the predominance of mutations, or the lack thereof. Epigenetic modifications (either to the DNA itself or to the proteins that the DNA is wrapped around) either allow or inhibit mutations. Inhibiting epigenetic states were common around areas protected from mutations. However, a decrease in such epigenetic features were found in and around more specialized genes that were associated with environmental responses. Thus, genetic variation could be created in these areas that might allow the plant to respond as a mechanism of adaptation.

Another telling aspect to this study was its profound lack of scientific support for the mystical idea of “natural selection” despite the title of the paper which appears to promote it. In fact, the authors stated in the paper, “We found no evidence of selection on these mutations,” and “In conclusion, evolution around genes in Arabidopsis appears to be explained by mutation bias to a greater extent than by selection.” Their phrase “mutation bias” really refers to an incredible genome-wide mechanism that includes epigenetic regulation to control DNA variation to the benefit and adaptation of the plant.

The best model to explain these findings is not evolution, but one that is based on design and an understanding of Genesis. First, plants, animals, and humans all had a certain amount of genetic variation built into them at creation. Second, all these biological systems also had mechanisms built into them to facilitate novel genetic variation as part of their adaptive design. Finally, aberrant mutations are a reality and are a result of genetic errors due to living in a fallen world and can be caused by toxins, radiation, etc. Fortunately, the Creator has also built amazing DNA repair systems into our cells that work to monitor and repair our genome. Any way you look at it, all these systems point directly to the design and ingenuity of our mighty Creator God.

* Dr. Tomkins is Director of Research at the Institute for Creation Research and earned his Ph.D. in genetics from Clemson University.
The Latest
NEWS   ACTS & FACTS   PODCASTS