Few questions hold more intrigue than that of how the universe began. Although the Bible provides a written account of this obviously miraculous event, some reject it and try to explain the origin of the universe without either miracles or miracle Maker. But the evidence is against a naturalistic cause for the cosmos, and a newly unveiled 3-D map of the sky offers yet more signs of its supernatural source.

The most popular nature-only explanation of the origin of the universe is the Big Bang, which proposes that all space, time, and matter were once densely packed into a tiny volume. For some unknown reason, this nugget exploded, yielding elements in ever-expanding space that eventually self-organized into such structures as stars, galaxies, and clusters of galaxies.

But the contradictions between this scenario and real observations are so numerous and severe that a supernatural origin for the universe is demanded.1 For example, the First Law of Thermodynamics states that matter and energy can be neither created nor destroyed. Big Bang beliefs violate this law by positing the appearance of matter from no prior material. The Big Bang also violates the Second Law of Thermodynamics—which states that some orderliness is always lost when energy or matter is converted to other forms—by positing the creation of orderliness in the form of stars, galaxies, and galactic clusters, all with insufficient cause.

The closer that telescopes zoom in on the stars, the more obvious it is that they are out of step with Big Bang ideas. About 20 years ago, the first results from three-dimensional maps of sections of the sky showed unforeseen mega-structures. In stark contrast to the random and even distribution of stars that a Big Bang would have produced, galaxies are instead grouped into clusters and superstructures.2 And the galactic clusters, tendrils, and voids exhibited in the new 3-D map serve as a blatant reminder that this universe is not random.

The new sky map, dubbed the 2MASS Redshift Survey (or 2MRS), also confirms that a Creator was needed. The Harvard-Smithsonian Center for Astrophysics released images of the sky within a radius of some 380 million light-years from earth, using redshifted light to calculate distances.3 Astronomers were able to map stars closer to the Milky Way, which forms a dark band across the middle of the map, than previous studies. Like prior star maps, this one shows huge, intricate structures in space that simply should not exist unless they were put there on purpose.

These supergalactic structures provide yet more evidence that the cosmos is not a product of nature, but of "he that sitteth upon the circle of the earth…that stretcheth out the heavens as a curtain, and spreadeth them out as a tent to dwell in."4 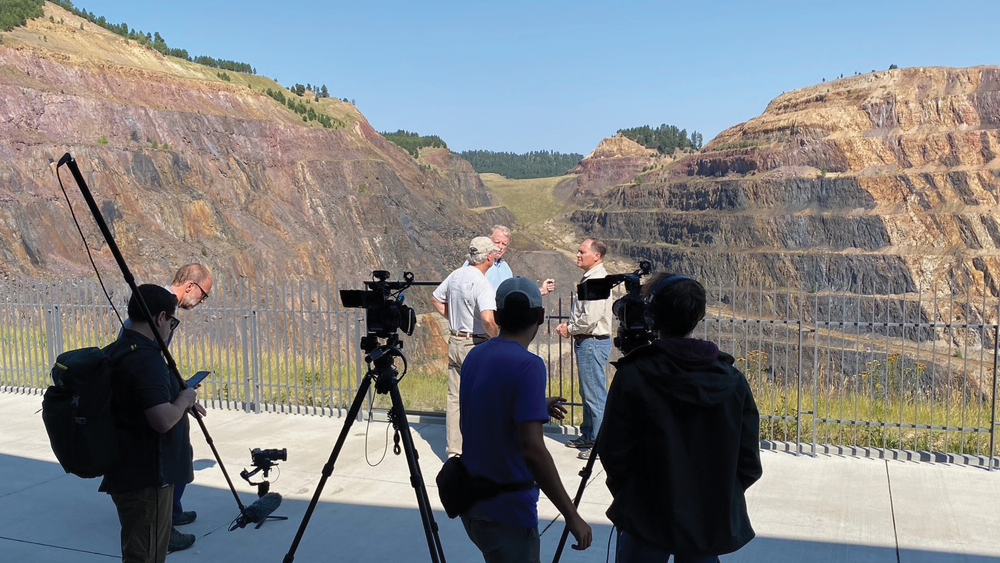