The Bible has become a significant source book for secular archaeology, helping to identify such ancient figures as Sargon (Isaiah 20:1); Sennacherib (Isaiah 37:37); Horam of Gazer (Joshua 10:33); Hazar (Joshua 15:27); and the nation of the Hittites (Genesis 15:20). The biblical record, unlike other “scriptures,” is historically set, opening itself up for testing and verification.

Two of the greatest 20th-century archaeologists, William F. Albright and Nelson Glueck, both lauded the Bible (even though they were non-Christian and secular in their training and personal beliefs) as being the single most accurate source document from history. Over and over again, the Bible has been found to be accurate in its places, dates, and records of events. No other “religious” document comes even close.

The 19th-century critics used to deny the historicity of the Hittites, the Horites, the Edomites, and various other peoples, nations, and cities mentioned in the Bible. Those critics have long been silenced by the archaeologist’s spade, and few critics dare to question the geographical and ethnological reliability of the Bible.

The names of over 40 different kings of various countries mentioned in the Bible have all been found in contemporary documents and inscriptions outside of the Old Testament, and are always consistent with the times and places associated with them in the Bible. Nothing exists in ancient literature that has been even remotely as well-confirmed in accuracy as has the Bible. 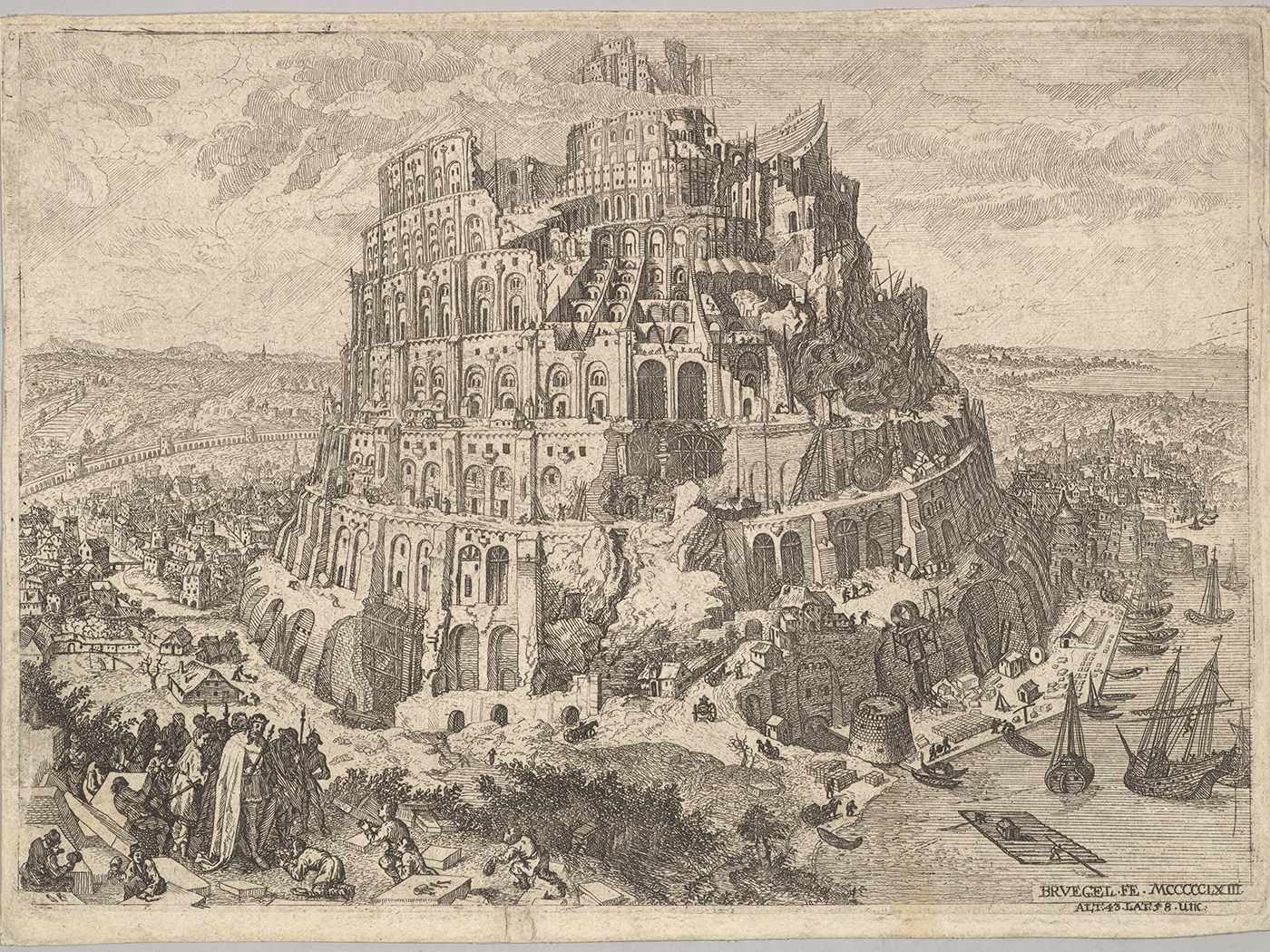 Trailer for New Moses Documentary
Filmmaker Tim Mahoney recently released a trailer for a new documentary that ought to be of great interest to Bible-believing Christians and skeptics alike. The movie, Patterns of Evidence: The Moses...
BY: JAKE HEBERT, PH.D.

Did Adam Really Live 930 Years?
Genesis 5:5 says Adam lived for 930 years. Judging by today’s standards, this sounds impossible. Many contemporary readers of Genesis balk at such numbers and some end up rejecting the whole Bible....
BY: BRIAN THOMAS, PH.D.

Students Surprised to Find Noah's Ark Feasible
Advanced physics students at Leicester University were tasked with determining if the Biblical dimensions of Noah's ark—assuming it was properly constructed—could have supported the...
BY: BRIAN THOMAS, PH.D.

Artifact Confirms Ancient Bethlehem
The city of Bethlehem has a very long and storied history, and its great antiquity was just confirmed by the discovery of a small clay seal called a "bulla." According to the Israel Antiquities...
BY: BRIAN THOMAS, PH.D.

Is Peruvian Mummy a Giant Toddler?
Some say that giant humans are too incredible to have been real and that the Bible's references to them are fiction. However, many extra-biblical records corroborate the existence of giants,...
BY: BRIAN THOMAS, PH.D.

Oldest Temple Topples Evolutionists' History of Religion
"Anthropologists have assumed that organized religion began as a way of salving the tensions that inevitably arose when hunter-gatherers settled down, became farmers, and developed large societies,"...
BY: BRIAN THOMAS, PH.D.

Human Languages Fit a Young Earth Model
According to the Bible, God introduced different human languages at Babel about 4,000 years ago.1 This brought about a dispersal and migration of the people assembled there, in accord with His...
BY: BRIAN THOMAS, PH.D.

More Evidence of King Solomon's Copper Mine
The remains of an ancient copper mining and smelting center lie near the Dead Sea in modern-day Jordan. One of the largest of its kind, it may be one of the legendary mines belonging to King Solomon. Many...
BY: BRIAN THOMAS, PH.D.

T. Rex Toddler Answers Noah's Ark Questions
In 2006, the fossil of a juvenile Tyrannosaurus-like dinosaur named Tarbosaurus was collected from the Gobi Desert. Investigators examined the fossil in detail this year and estimated that the creature...
BY: BRIAN THOMAS, PH.D.

Ancient Winery Found Near Mount Ararat
A research team recently discovered an ancient winepress very near Mount Ararat, the historically held resting place for Noah's Ark. Could this site be related to the winery Noah founded in Genesis 9? According...
BY: BRIAN THOMAS, PH.D.

More Mysteries for the Science of Long Life
According to the early chapters of Genesis, people who lived prior to the great Flood enjoyed very long life spans compared to today. Ideas regarding the mechanisms of that long life have focused on possible...
BY: BRIAN THOMAS, PH.D.

Small Dogs Came from the Middle East
Although dogs come in many sizes, scientists have found some specific genetic markers for small dogs. A recent survey of these markers across many wild and domesticated dogs seems to have provided some...
BY: BRIAN THOMAS, PH.D.

Dinosaur Ranks Shrink as Species Numbers Dwindle
Triceratops is one of the most recognizable dinosaurs, known from partially complete fossilized skeletons to have large armor plate and three horns on its head. At almost 30 feet long, it was perhaps one...
BY: BRIAN THOMAS, PH.D.

Child-Eating Eagle No Longer a Myth
The Maoris, or native New Zealanders, for generations told stories about a giant bird that could swoop down and carry away human children. As it turns out, those stories held some truth after all. Researchers...
BY: BRIAN THOMAS, PH.D.

Biblical Myths?
Throughout the Old Testament, God often reminded His children to remember His mighty acts on their behalf. Sometimes visible memorials were set up to facilitate their recall, such as the pile of stones...
BY: JOHN D. MORRIS, PH.D.

Out of Ararat?
Paleoanthropologists are not usually known for shying away from discord, debate, or disagreement. Yet for several decades there has been near-unanimity on two fronts: (1) the so-called fact of evolution,...
BY: WILLIAM A. HOESCH, M.S.

Can the Ussher Chronology Be Trusted?
Up until fairly recently, nearly all printings of the King James Bible included dates in the marginal notes which helped place Biblical events in their chronological context. Using this as a guide we...
BY: JOHN D. MORRIS, PH.D.

Has Archaeological Evidence for Jesus Been Discovered?
Skeptics have often pointed out that no archaeological evidence for the existence of Jesus Christ has been discovered. And they are correct, at least perhaps up until the present. A recent incredible...
BY: JOHN D. MORRIS, PH.D.

How Can the Chinese Dynasties Extend Back Many Thousand.,.
"For the invisible things of him from the creation of the world are clearly seen, being understood by the things that are made, even his eternal power and Godhead; so that they are without excuse"...
BY: JOHN D. MORRIS, PH.D.

Did Jonah Really Get Swallowed by a Whale?
Skeptics ridicule many portions of Scripture and let's face it—some of them are difficult to believe. Certainly one that has received a major dose of such ridicule deals with Jonah and the...
BY: JOHN D. MORRIS, PH.D.

Can Scientists Study the Past?
Recently I was called for jury duty. The one trial for which I was selected seems trivial enough (except for those involved), but it contained certain intricacies. It involved a cab driver who...
BY: JOHN D. MORRIS, PH.D.

Can You...Recognize Bias in History Content?
The Golden Horde swept across hills and valleys from Mongolia like a swarm of locusts attacking fields of ripened grain. Animal skin clothing blended each Tartar into one being with his lightning-swift...
BY: MARY STANTON, ED.D.