Genesis 5:5 says Adam lived for 930 years. Judging by today’s standards, this sounds impossible. Many contemporary readers of Genesis balk at such numbers and some end up rejecting the whole Bible. But a few researchers have found reasons to believe it.

Plant geneticist Dr. John Sanford and his colleagues plotted the ages of the biblical patriarchs listed in Genesis. The result shows a systematic drop-off in lifespans after 950-year-old Noah, “in a way that could never happen by chance,” according to an online post showing their results.1 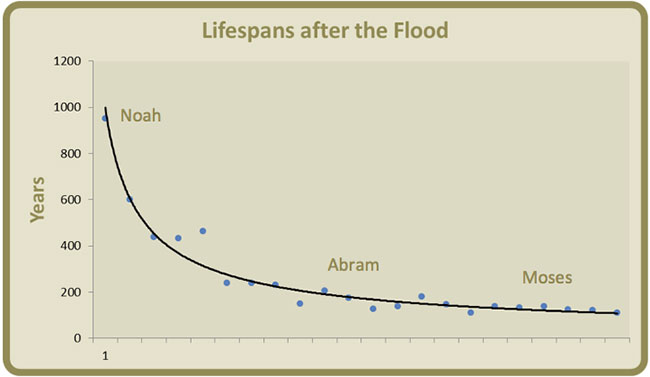 The Genesis lifespans decline according to a well-defined decay curve that began immediately after the Flood.

Did early mutations damage genes that once enabled human bodies to live for hundreds of years?

The authors of the post wrote, “The lifespan data indicates [sic] that the extreme longevity of the early Patriarchs was real, and that the rapid decline of longevity after the Flood was real.”

And if the patriarch’s lifespans were real, then the verses that record and refer to them accurately describe real history.