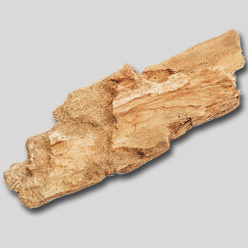 Old-earth advocates often claim that dating methods, including radiocarbon, show the earth must be older than the Bible says. But is this true? This chart reflects the radiocarbon that still lingers inside 60 carbon-containing Earth materials collected from representative rock layers. Each result confronts millions-of-years age assignments for those layers.

Each result confronts millions-of-years age assignments for those layers.

Radiocarbon refers to a radioactive isotope of carbon. Neutrons from sunrays collide with nitrogen in Earth’s upper atmosphere to form radiocarbon, which steadily emits beta particles until it all reverts to stable nitrogen. The calculated shelf life for radiocarbon atoms does not exceed 100,000 years. Thus, detectable radiocarbon within a given sample would become nitrogen before then.1

Scientists expect no radiocarbon in samples they deem older than 100,000 years. Most dating experts call these materials “carbon dead” regardless of their actual radiocarbon content. Then they use low (but not dead) radiocarbon materials as background blanks.2 Most results on this chart show fewer than 47,000 carbon years—the age of many labs’ background blanks. Thus, nearly 60 samples of fossils (mostly bone), wood, coal, and marble not only fail to fit their evolutionary ages, but they have more radiocarbon than the supposedly carbon- depleted background.

Scientists expect no radiocarbon in samples they deem older than 100,000 years.

The labs did not measure exactly how old these were—that’s impossible. Instead, they measured isotope amounts. Assumption-laden formulas converted those amounts into the age estimates shown on this chart. Hence, carbon years do not correspond to actual years in these cases.3 What gave these artifacts more carbon years than the actual number of years since they were buried? Possibly Earth’s decaying magnetic field was once strong enough to deflect the sun’s rays and lessen radiocarbon production.4 Nearby supernovas affected radiocarbon levels,5 but mostly the much higher pre-Flood biomass diluted radiocarbon.4 That would produce high numbers of carbon years for objects buried in the Flood about 4,500 years ago, which is consistent with these data.

Two technical papers reference detailed descriptions of almost all these results.6,7 Secular scientists demand millions of years for all 60 samples—but all 60 still contain particle-emitting radiocarbon! The logical way to rescue such deep-time dogma from these results is to assert they were somehow all contaminated. But from what? Sunrays’ neutrons do not penetrate very far through Earth, labs strictly control and cross-check for contamination, and radiation from uranium decay is laughably insufficient to generate radiocarbon underground.8 These 60 radiocarbon results help confirm Scripture’s picture of a recent flood.