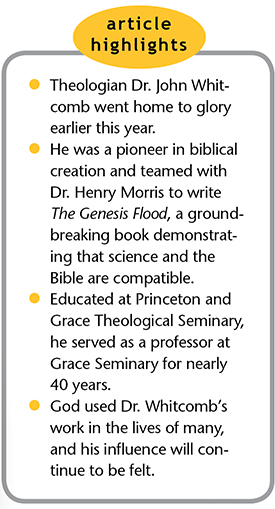 The Institute for Creation Research was saddened to hear of Dr. John Whitcomb’s passing on February 5, 2020. It’s been 60 years since he co-authored The Genesis Flood with ICR founder Dr. Henry M. Morris. The two men combined their expertise in theology and science for this groundbreaking publication, and many believe it was the catalyst for the modern creation movement.

Dr. Whitcomb grew up in a military family, so his childhood was spent in China, Kansas, Washington, and Georgia. As a young man, he attended McCallie Military Academy in Chattanooga, Tennessee, and was later accepted into Princeton University, with plans to become an ambassador. But after he accepted Christ as his Savior during his time at Princeton, he decided to become a missionary instead. 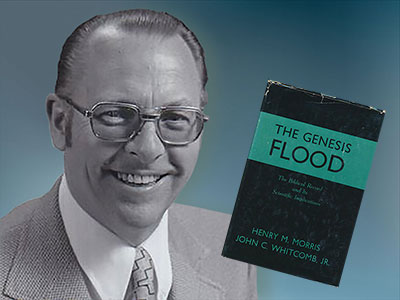 During World War II, he was drafted into the Army and fought in the Battle of the Bulge. After the war, he returned to finish his education at Princeton and went on to attend Grace Theological Seminary in Winona Lake, Indiana, to get equipped for missionary service in China. But the door to China closed, and he was offered a faculty position at Grace Seminary.

Dr. Whitcomb served as professor and director of postgraduate studies at Grace for nearly 40 years. In addition to The Genesis Flood, he published over 20 books on the Bible and science, including The Early Earth: An Introduction to Biblical Creationism, The World that Perished: An Introduction to Biblical Catastrophism, The Bible and Astronomy, and Jesus Christ: Our Intelligent Designer.  He also wrote commentaries on multiple books of the Bible, eschatology, and numerous technical articles, and created a series of chronological Bible history charts that are still in use.

Dr. Whitcomb was not only an influential author, theologian, seminary professor, and creation advocate, but he was also a close friend of the Morris family. Dr. Henry Morris III, the eldest son of ICR’s founder and current ICR CEO, said:

John became a good friend as well as a co-laborer with many of us over the years. His legacy lives on in the lives of the many students he taught while on the faculty of Grace Seminary at Winona Lake, as well as the thousands that benefited from his many seminars, books, articles, and newsletters.

The founder’s youngest daughter, Rebecca Morris Barber, has served in creation ministry for many years and has fond memories of Dr. Whitcomb. She said: 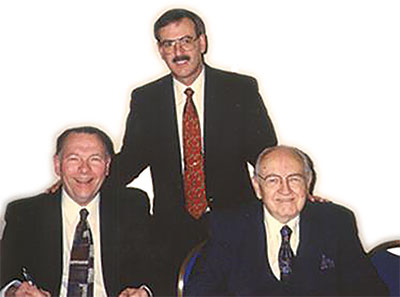 Throughout my whole life Dr. Whitcomb has stood as a standard to look up to in wisdom, doctrine, and dignity. But my favorite memories of him were the visits he made to the Morris household. As a child I was mesmerized by Dad’s dear friend as he entertained us, playing classical tunes by blowing through his cupped hands. This great servant was a blessing to our family in so many ways.

Dr. John Morris, second son of the founder and president emeritus of ICR, remembers his father emphasizing what a joint effort The Genesis Flood was between him and Dr. Whitcomb. Dr. John Morris said, “They truly shared their thoughts and writings throughout the process and cooperated on both the science and theology. It was a shared process throughout, and they always appreciated one another for that.” 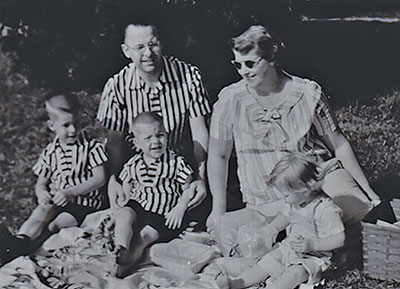 The Whitcomb family circa 1960

Dr. John Morris also remembers the Morris and Whitcomb families picnicking together by a lake around that time. The children splashed and played while Drs. Morris and Whitcomb sat in lawn chairs and discussed the typed, unpublished Genesis Flood manuscript they had with them. Suddenly, the wind picked up and scattered the pages all over the shore. Dr. John Morris said, “It must have been quite a sight to see all those kids scrambling to keep the pages out of the lake!”

That blustery day wasn’t the only obstacle Drs. Whitcomb and Morris had to overcome. Several publishers hesitated to accept the The Genesis Flood because they knew it would stir up controversy. And they were right. Once the book was published, it didn’t take long before book reviews appeared in newspapers, magazines, and journals. The Genesis Flood received either high praise or harsh critique—nothing in between. According to this excerpt from Henry M. Morris: Father of Modern Creationism:

The great majority of reviews were favorable. The fortuitous combination of a faithful theologian and a godly professional scientist sparked a sense of urgency in many Christians—they began to recognize the reliability of the Bible in matters of science.

Many scientists, preachers, and people of all walks of life enthusiastically endorsed the book, and the modern creationist revival began to take shape. Some even reported that they were led to follow Christ after reading it. Many were thrilled at the suggestion that Christians need not be intimidated by uniformitarian dogma. A reawakening to the reliability of the Bible unfolded for thousands of Christians.1

Dr. Whitcomb’s writing and teaching impacted many people over the years, and his loss will be keenly felt. Dr. John Morris said, “To me, the creation movement as a whole needs an elder statesman who loves the Word of God as Whitcomb did. Who will replace him?”

Dr. Whitcomb helped construct the first modern comprehensive defense of early Genesis as history. Until he came along, those who understood from Scripture that creation took six days and the Flood covered the whole world had few theologians to champion their view. Now, because of this great pioneer, generations of believers have full confidence that God meant exactly what He said, even in the first chapters of the book of beginnings.

ICR staff and friends continue to reflect on Dr. Whitcomb’s life well lived in service to his Creator. As Dr. Henry Morris III reminds us, “Although we will miss Dr. Whitcomb here on Earth, we rejoice that he is now present with the Lord.”

* Ms. Hardy is an editor at the Institute for Creation Research.