In his book Why Evolution Is True, evolutionist Jerry Coyne of the University of Chicago made the following jaw-dropping statement:

Around 600 million years ago a whole gamut of relatively simple but multicelled organisms arise, including worms, jellyfish, and sponges. These groups diversify over the next several million years, with terrestrial plants and tetrapods (four-legged animals, the earliest of which were lobe-finned fish) appearing about 400 million years ago.1

The phrase “relatively simple” is awash with subjective interpretations. “Relatively simple” compared to what? Creation scientists maintain that if it’s living, it’s complex. Living things bear the indelible stamp of detailed complexity that science—in this 21st century—continues to discover.2

It would seem that Coyne is betting readers of his book will not bother to investigate to see how “simple” jellyfish are. If they did, they would discover that jellyfish are exceedingly complicated. 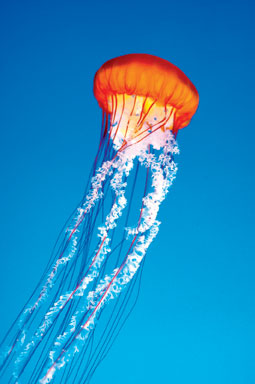 Secular authors Thain and Hickman, in their brief description of jellyfish (Scyphozoa), manage to use the word “complex” twice.3 Jellyfish have the sophisticated medusoid stage composed of endodermal gonads, two nerve rings or tracts, a four-pouch enteron (that receives the gametes), and “a complex system of radial canals [that] branches out from the pouches to a ring canal in the margin and makes up a part of the gastrovascular cavity.”4

Coyne mistakenly thinks that sponges (Porifera) are relatively simple—but experts on this cryptic phylum would not agree. Indeed, three evolutionists state how complex “the many types of spicules” are,5 and that the sponges’ “unique water-current system” has “various degrees of complexity,” as well as spongin (a specialized collagen)6 and the amazing ameboid archaeocytes that aid in digestion and can differentiate (assume specialized function) into specialized cells such as sclerocytes, collencytes and spongocytes. 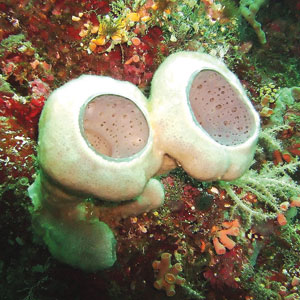 Some sponges employ “a very strange developmental pattern,” illustrating how so many varieties add up to vast amounts of complicated information, all within supposedly “simple” sponges.7 What evolutionist is prepared to say that any creature (like the sponge) that produces oocytes and sperm is simple? In addition, a member of the Demospongiae (the largest class in the sponge phylum) living off Australia has “more than 18,000 individual genes”—unexpected complexity that is confounding evolutionists.8 Humans have about 24,000 genes.

Finally, worms pound the last nail into the coffin of Coyne’s simplicity argument. As far back as the Ediacaran (“550 million years ago,” according to evolutionists), worms have been worms in all their features and sophistication. The segmented organism Spriggina is a good example of incredible detail when life was supposedly just getting started. Scientists think this three-centimeter-long creature may have been annelid. If that’s the case, then “simple” is the last word one would use to describe Spriggina. Annelids have structures called nephridia (ciliated tubular structures designed for excretion), a complex9 closed blood system, paired giant nerve cords ventral to the gut running the length of the body, and other design structures. Are worms simple? Hardly. The lowly worm instinctively applies the logic of calculus for food acquisition:

Worms calculate how much the strength of different tastes is changing—equivalent to the process of taking a derivative in calculus—to figure out if they are on their way toward food or should change direction and look elsewhere, says University of Oregon biologist Shawn Lockery.10

Let’s hear it for the “simple” worms, jellyfish, and sponges!

* Mr. Sherwin is Senior Science Lecturer at the Institute for Creation Research.

NEWS
Inside August 2021 Acts & Facts
Can a merciful God create parasites? How do diamonds confirm biblical history? Why won't the gospel die? And why is consensus thinking anti-science?...
BY: STAFF WRITER