Can Asteroids Select Life? | The Institute for Creation Research
Skip to main content 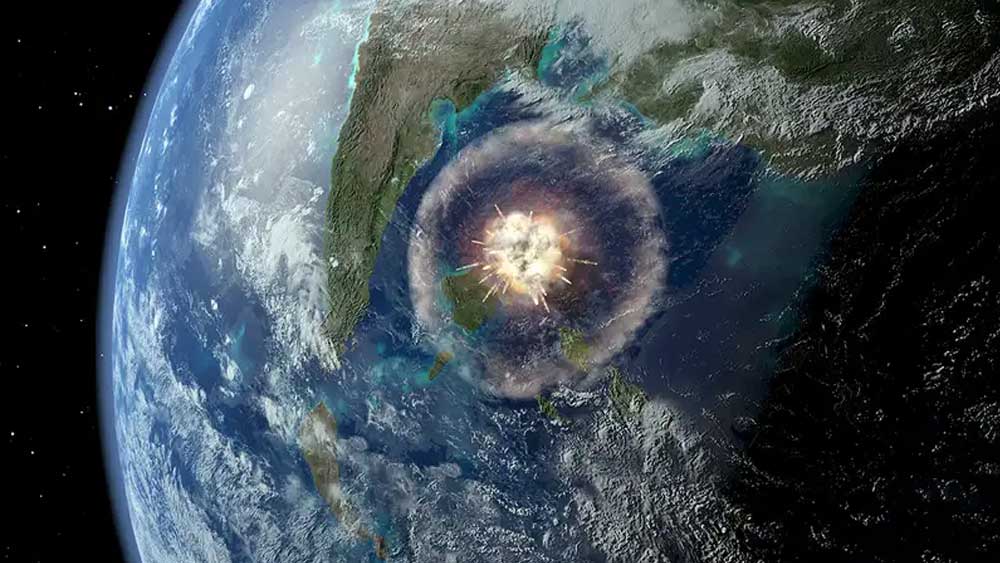 Mónica Carvalho of the Smithsonian Tropical Research Institute, Panama and her colleagues studied fossil pollen and leaves from Colombia that spanned the K-Pg (Cretaceous-Paleogene) boundary.1 They concluded that plant diversity declined by 45% at the K-Pg and did not recover for 6 million years.1 When plants did recover in the Paleogene, they were markedly different, dominated by flowering plants instead of non-flowering plants.1


“If you returned to the day before the meteorite [asteroid] fall, the forest would have an open canopy with a lot of ferns, many conifers and dinosaurs,” said study co-author Carlos Jaramillo. “The forest we have today is the product of one event 66 million years ago.”2

It sounds like a believable story at first. But impacts can only cause death where they strike. Death cannot create life, let alone new forms of life. Are these scientists assigning intelligence to an asteroid?

Of course, the prevailing secular story to explain dinosaur extinction involves an asteroid striking the northern edge of the Yucatán Peninsula of Mexico near Chicxulub. Yet, the evidence for the impact is not as compelling as claimed or generally assumed.4 First, there is not enough melt rock found in the oil wells drilled in and around the crater to justify such a large impact.4 Second, there is very little iridium found in the wells at the site.4 (Iridium is a rare earth element that can be produced by an impact and/or by volcanic eruptions.) Third, some of the pre-impact features, like igneous intrusions (dikes), seemed unaffected. They should have been obliterated.

In an article for Answers Research Journal, I addressed this very issue:


What is the Chicxulub feature? If it was an impact, it seems to have been much smaller and less significant than generally assumed. Although the data are not conclusive, a case can also be made that there was no impact at the Chicxulub site. Everything can be reasonably explained by volcanic/intrusive activity and the overlap of shallow and deep structural features.4

If everything can be explained by something other than a large impact, what is the reason for the sudden change in plant fossils across the K-Pg?

After examining all the evidence, we have developed a more satisfying answer. We interpret the vast majority of the sedimentary rock layers as a record of the global Flood that occurred about 4,500 years ago. As the water rose higher and higher, like Genesis Chapter 7 describes, more and more land areas became inundated. Evidence shows that the higher elevations in the pre- Flood world apparently had different plants compared to those in the coastal regions and lowlands.5 Higher elevations were dominated by mostly flowering plants. In contrast, the lower elevations had mostly non-flowering plants. The K-Pg was simply the boundary between two different ecological zones segregated by elevation differences.

As the global Flood inundated the coastal and lowland regions, non-flowering plants and the dinosaurs were buried in the same strata. This may have occurred between Day 40 and Day 140 of the Flood year.5 As the water continued to rise, reaching its highest peak on Day 150, it flooded the uplands, which contained mostly flowering plants and many of the larger mammals.5 This buried the large mammals and the flowering plant fossils on top of the earlier deposited dinosaur-rich layers. Therefore, the Flood explains exactly why the plants change and the dinosaurs disappeared at about the same time. It was the systematic burial of two completely different pre-Flood ecological zones.5

Nonetheless, the Chicxulub impact has become the iconic tale that is readily accepted by most of secular science to explain a so-called K-Pg extinction event that seemingly wiped out the dinosaurs and appears to have changed the plants, too.1 Even though there are alternative ways to explain the evidence, they attribute these events to an asteroid because they have no other recourse. Secular science categorically rejects earth history as described in the Bible, including the reality of the global Flood.