The operative word in the above sentence is believe. There is no evidence for this remarkable chain of events. Apes and reptiles and vertebrates and invertebrates and chemical elements, (including hydrogen), still are here in abundance, but none of them are changing into anything else. Neither are there any evolutionary transitions documented in the records of the past (despite olden tales of mermaids and centaurs), not even in the fossils which are purported to represent a billion years of earth history. This "remarkable chain of events" is in reality nothing but a remarkable statement of faith in the great god Hydrogen, the elemental substance which is supposed to be the father and mother of us all!

Thus, hydrogen, the simplest chemical element, is "a colorless, odorless, tasteless gas which, given ten billion years or so, produces people." That quaint definition, originally suggested by the late creationist astronomer George Mulfinger, is a cogent summary of the faith one must exercise in order to be an evolutionist.

It was that prince of evolutionary astronomers, Harlow Shapley, long-time head of the Harvard University Observatory, who long ago pontificated that people today should rewrite the first verse of Genesis. According to him, it should be something like: "In the beginning, hydrogen created the heavens and the earth." Modern evolutionary astronomers and cosmologists have thus ruled out the idea of a personal, omnipotent, omniscient God as Creator of the universe. A more recent scientist has put it this way:

Take some matter, heat while stirring and wait. That is the modern version of Genesis. The "fundamental" forces of gravity, electro-magnetism and the strong and weak nuclear forces are presumed to have done the rest.1

But this same writer, perhaps not suspecting that some creationist might happen to read his evaluation of this statement of faith, proceeds to make the following admission.

But how much of this neat tale is firmly established, and how much remains hopeful speculation? In truth, the mechanism of almost every major step, from chemical precursors up to the first recognizable cells, is the subject of either controversy or complete bewilderment.2

To unbiased observers it must seem that "every major step" from one degree of organization to the next higher degree is not only speculative, but impossible—at least in any realistic sense.

The chief problem (among many) is the Second Law of Thermodynamics, which notes that everything at least tends to go toward disorganization—not greater organization.

Presumably the universe began in a very chaotic state. A chaotic state is by definition, a state of high entropy (when we speak of "chaos," we mean that there is a great deal of disorder). On the other hand, numerous kinds of structure have appeared since the universe began....But how can this be, if entropy was so high at the beginning?3

Most cosmologists assume that the universe began with the Big Bang, which would seem to be about the ultimate in chaos. Explosions normally generate disorder, and this primeval explosion of nothing into something must have been the greatest explosion of all, if it really happened.

Cosmologists, however, have devised various curious schemes in their attempts to circumvent the Second Law. That most prolific of all science writers, Isaac Asimov, assumes the universe was like a cosmic egg (the ancient pagan evolutionists used to think of it in some such way also). He says:

The cosmic egg may be structureless (as far as we know), but it apparently represented a very orderly aggregation of matter. Its explosion represented a vast shift in the direction of disorder, and ever since, the amount of disorder in the Universe has been increasing.4

Just how the cosmic egg could have no structure and yet have a high degree of order is not clear to me, but of course I am an ignorant and biased creationist. Neither is it clear how this vast shift toward disorder somehow produced all the highly ordered systems in the universe, including human beings. To Asimov, however, it was quite simple.

Within the vast shift toward disorder involved in the big bang and the expansion of the Universe, it is possible for there to be local shifts in the direction of order, so that the galaxies can form and within them individual stars, including our sun.5

Well, perhaps it may be "possible," but no one yet has been able to explain how.

Nobody really understands how star formation proceeds; it's really remarkable.6

One of the great successes of evolutionary cosmology is the supposed ability of the Big Bang to explain the origin of hydrogen gas, and this is always offered as one of the three "proofs" of the Big Bang (the others are the background radiation and the supposedly expanding universe—both of which, however, have also been explained by certain rival cosmologies).

But that's all. Thus we are left with hydrogen as the originator of everything else, even though we don't know how it did this. As an article of faith, we are asked simply to intone the evolutionary mantra: "In the beginning, hydrogen."

That belief is supposed to be more credible than "In the beginning God created." One wants to be charitable, but it is hard for the Christian not to recall certain Scriptures at this point. For example:

"...because they received not the love of the truth, that they might be saved. And for this cause God shall send them strong delusion, that they should believe a lie" (II Thessalonians 2:10,11).

"Professing themselves to be wise, they became fools, And changed the glory of the uncorruptible God into an image made like to corruptible man..." (Romans 1:22,23).

Perhaps the saddest aspect of this whole scenario is that so many Christians are being taken in by it. For example, a currently popular evangelical scientist seems to be echoing the atheist Asimov when he defends the Big Bang and the whole system of cosmic and stellar evolution. He says:

What [Dr. Duane] Gish and others fail to recognize is that the hydrogen which forms (by God's cause and design) one millisecond after the universe began is much more ordered and less entropic than the galaxies, stars, planets, and life-essential elements. The galaxies and stars are broken-up pieces of the primordial gas cloud. The planets and life-essential elements are the burned-up remains—i.e., ashes—of hydrogen gas. Thus, the big bang manifests, rather than violates, the second law of thermodynamics.7

I'm not making this up; that paragraph is really quoted verbatim from a recent book! He believes that the obvious conflict of this concept with the Second Law is resolved simply by the postulated heat energy in the Big Bang.

The key word, once again, is "believe." He would like for us to believe that stars are "broken-up pieces" of the primordial hydrogen and that our own living bodies with their "life-essential elements" are the "burned-up ashes" of hydrogen gas because that's what the secular astronomers who reject the God of the Bible must believe, and he believes we should not question their (and his) authority.

One cannot help but think of another verse of Scripture here: "For they loved the praise of men more than the praise of God" (John 12:43).

New Book Says Universe Came from Nothing
If by definition something can never come from nothing, how could anything exist unless Someone put it there? This question has been used as a classic...
BY: BRIAN THOMAS, PH.D.

Was Creation a Miracle?
The Institute for Creation Research's work lies primarily in the area of scientific research and teaching, but at its core it is a Christian organization....
BY: JOHN D. MORRIS, PH.D.

Viral Batteries: A Case for Evolution?
Researchers at MIT have invented a “greener” battery with the help of viruses. Three years ago, they engineered a virus that coats itself with...
BY: BRIAN THOMAS, PH.D.
More Back to Genesis
The Latest
NEWS   ACTS & FACTS   PODCASTS 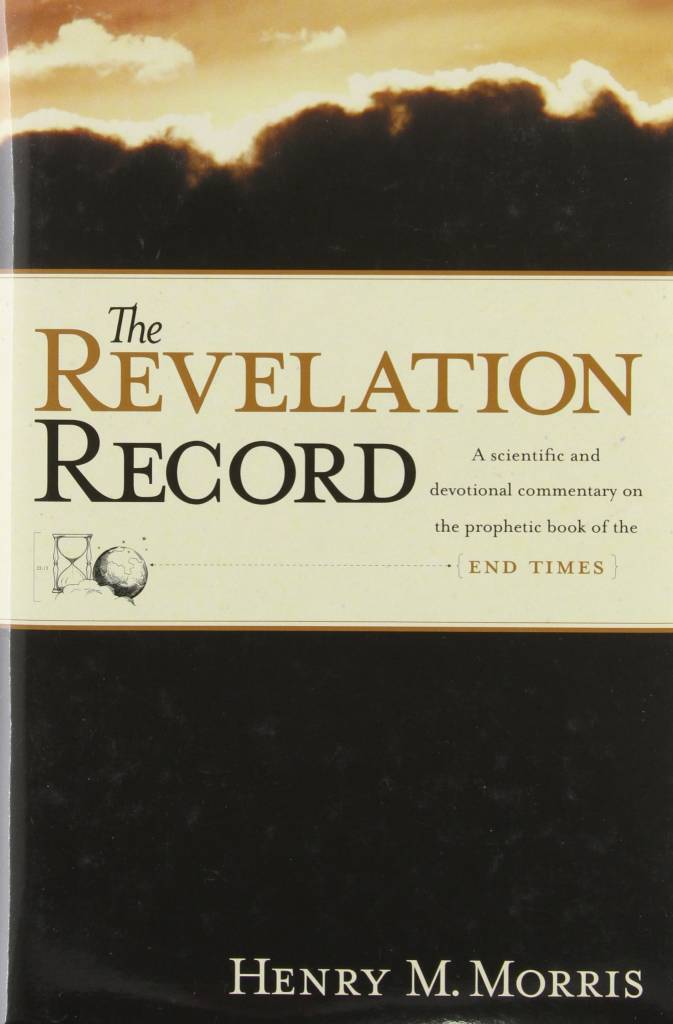