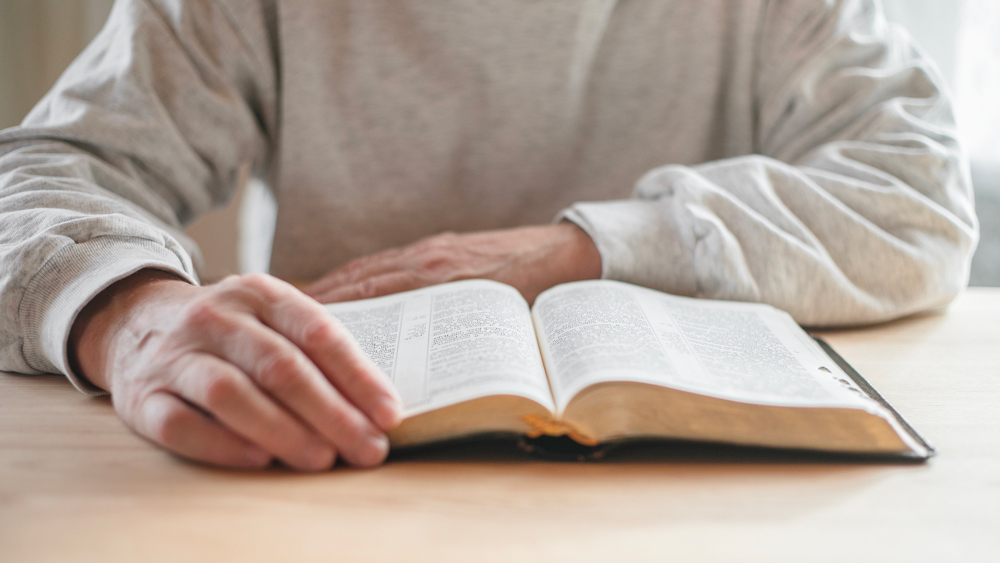 NEWS     CREATION SCIENCE UPDATE     ALL PEOPLE DESCENDED RECENTLY FROM A SINGLE FAMILY
FOX News Discusses Creation, Evolution, and Adam
BY JAKE HEBERT, PH.D. *  |
THURSDAY, JANUARY 13, 2022
FOX News recently ran internet and television coverage discussing the creation/evolution controversy. Specifically, they discussed Adam’s place in history (if any) and the nature of the six days of Creation in Genesis 1.1,2 It is commendable that a major media outlet covered this high-interest topic, but unfortunately, the young-Earth creation perspective was almost (though not completely) ignored. Had biblical creationists been allowed to present some of the powerful scientific evidence against human evolution and for the historical Adam, it would have made for a much more enlightening (and interesting!) discussion.

The internet article highlighted Dr. Joshua Swamidass, associate professor at Washington University in St. Louis, who argues that Adam and Eve could have been created by God just 6,000 years ago but that humans are also descended from ape-like ancestors. In an Amazon.com review, Swamidass praised William Lane Craig’s book In Quest of the Historical Adam, even though creationists, as well as intelligent design theorists, have been highly critical of Craig’s recent proposals.3,4

The Lauren Green television interview with astronomer Dr. Hugh Ross also had very little (if any) hard science. Dr. Ross spent most of his time arguing (very unconvincing, in my opinion) that Genesis teaches (or is at least compatible with) a billions-of-years-old universe.2

I was struck that nearly every Christian spokesman represented in these segments simply assumed that evolutionary claims made by the scientific establishment had to be accepted as true, and that Christians had no choice but to accommodate evolutionary thinking into our theology. If the last two years of this coronavirus pandemic have taught us anything, it is that scientists, even evangelical scientists, are fallible, and do not always behave in an ethical manner.5,6,7 Moreover, evolutionists have repeatedly been caught red-handed making brazenly false claims about the strength of the evidence for evolution:


• ICR geneticist Jeff Tomkins conclusively demonstrated that the oft-cited claim of 98-99% human-chimp DNA similarity was obtained by cherry-picking the genomic data.8 His more objective comparison shows the true similarity is at best 84%. Evolutionary biologist Richard Buggs (Queen Mary, University of London) obtained the same result with a different method.9
• Embryos do not recapitulate an evolutionary history in the womb.10
• Alleged “missing links” between apes and humans have been repeatedly refuted, only to be replaced by still more dubious “ape-men.”11

For these reasons, it is naïve in the extreme for Christians to uncritically accept evolutionary claims at face value. Moreover, many would be shocked to learn the following:


• When secular scientists used measured mutation rates in their calculations, rather than rates calibrated with evolutionary assumptions, they estimated that “mitochondrial Eve” lived just 6,500 years ago!12
• Creation scientists have performed similar calculations of their own, with similar results.13,14 Mitochondrial DNA and Y chromosome “clocks,” when stripped of biased evolutionary assumptions, indicate a recent (less than 10,000 years ago) origin for life on Earth, including humans.

One of the ironies of this debate is that the popular perception (even among most evangelical Christians) is that biblical, young-earth creationists are “weak” in scientific research, whereas Christians holding more liberal views on creation are much stronger in this area. Yet the exact opposite is the case.

For instance, the BioLogos website (which encourages Christians to accept evolutionary claims at face value) has few, if any, “hard” science articles. Rather, nearly all the posted articles are wordy essays attempting to make Christians comfortable with accepting the evolutionary story, despite the obvious contradictions to Scripture. In contrast, articles on ICR’s website discuss the assumptions underlying secular claims, rather than just assuming that the claims are true. And ICR articles routinely refer (often with active hyperlinks) to both secular and creation research technical papers.

In many ways, the evolutionary story (and that includes the concept of deep time) is truly on unstable ground. Original “soft” dinosaur tissue is powerful evidence that dinosaurs lived just thousands of years ago, and the billions of fossils contained in water-deposited Flood rocks bear mute testimony to the reality of the Genesis Flood.15,16 Yet many evangelical scholars seem content to serve as “controlled opposition” to atheism and materialism, always “dialoguing” and pleading for a place at the secularist table, but never affecting the debate in any meaningful way. Christians should not be seeking out a peaceful coexistence with evolution—a philosophy that contradicts Scripture (i.e., death before sin, etc.) in multiple ways. Rather, they should be “casting it down,” along with “every high thing that exalts itself against the knowledge of God, bringing every thought into captivity to the obedience of Christ” (2 Corinthians 10:5).


* Dr. Hebert is Research Scientist at the Institute for Creation Research and earned his Ph.D. in physics from the University of Texas at Dallas.