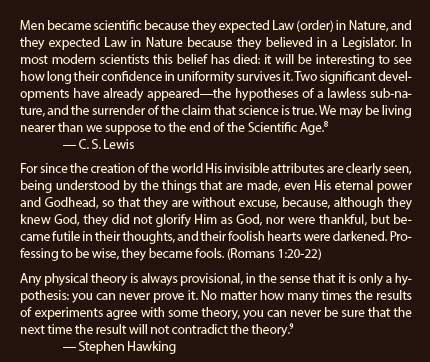 ACTS & FACTS
Building a Perfectly Optimal Flying Machine
For thousands of years, people have dreamed of flying because they witnessed birds and knew it was possible. Inspired by a study of birds, the Wright...
BY: MICHAEL STAMP
Shop Related Products
$