Did Our Middle Ear Evolve from Fish Gills? | The Institute for Creation Research
Skip to main content 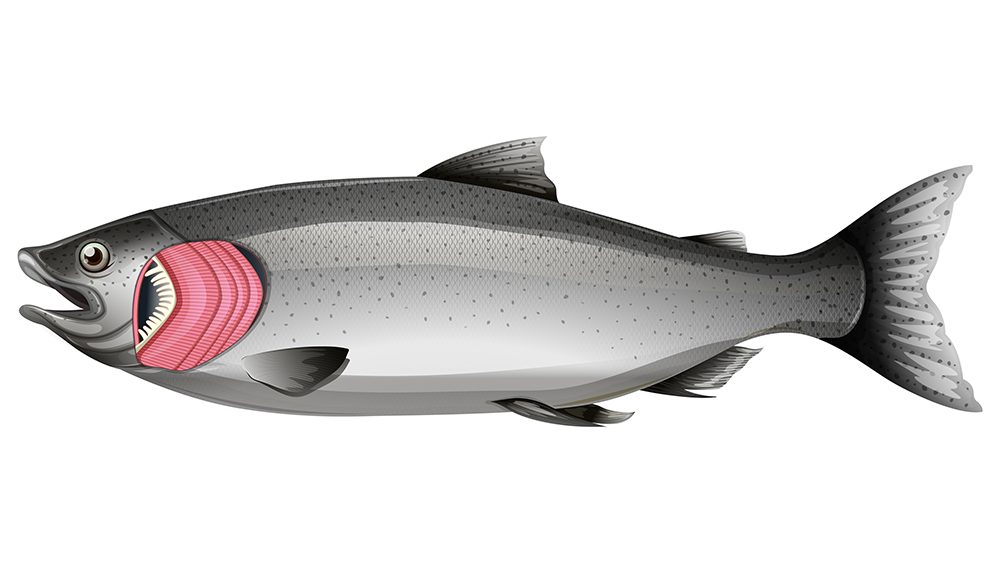 A recent SciTechDaily article begins by saying, “Embryonic and fossil evidence proves that the human middle ear evolved from the spiracle of fishes”1 That’s quite a statement considering “prove” means to show beyond any doubt. However, the original paper by Gai et al. in Frontiers in Ecology and Evolution was more reserved and cautious.2

Regardless, the discussion centers around an extinct jawless vertebrate called Shuyu that was found in Southeast China and dated to the Silurian period millions of years ago. “Shuyu has been regarded as a key missing link as important as Archaeopteryx, Ichthyostega and Tiktaalik,” said ZHU Min, academician of the Chinese Academy of Sciences.’1 But these animals are not missing links. Archaeopteryx had wings, feathers, and it evidently flew well.3 Ichthyostega was an ‘early’ limbed amphibian. Clack stated it was “a curious mixture of features, some of them primitive but some of them specialized and unique. Because of this, after its discovery, it did not lead to many new insights into the origin of tetrapods.”4 Tiktaalik is not a missing link, a fact confirmed after it was discovered that tetrapods were walking on open ground 397 million years ago, 18 million years earlier than Tiktaalik lived.5

The SciTechDaily article stated, “Many important structures of human beings can be traced back to our fish ancestors, such as our teeth, jaws, middle ears, etc.”1 But where did these structures come from? For example, when it comes to jaw origin,

There is, however, no instance of a craniate [those animals with a bony or cartilaginous skull and a dorsal vertebral column] with either a gill-bearing mandibular arch or even a true spiracular gill slit. So far as can be seen from fossil and extant craniates, the foremost functional gill is the posterior hemibranch of the hyoid arch. Nor does the embryonic development of the gnathostomes [jawed vertebrates] show any evidence of a mere rudiment of a mandibular gill.

Considering these facts, one may wonder whether this theory [involving the hypothetical pre-gnathostome] still holds, and whether a more parsimonious explanation could not be that jaws have always been jaws.6

Benton appeals to “a hypothetical ancestral vertebrate” and “pre-gnathstome” when it comes to the origin of jaws.7

What was the origin of teeth? “...The details of when, where, why, and how teeth first appeared still elude consensus”8 and, “The origin and the evolution of the vertebrate dentition continues to be a subject of considerable interest...”9

Gai et al. discusses the evolution of the spiracular region from jawless fishes to 4-legged creatures, while admitting “the origin of the spiracle is a major evolutionary puzzle and cannot be fully resolved on the basis of evidence from living vertebrates.” At the same time, “in early tetrapods, the spiracle seems to have developed first into the otic [pertaining to the ear] notch.”2 Seems? The alleged evolution of the ear region and hearing along with the myriad of problems and suppositions is clearly discussed in Clack.10

Evolutionist Per Ahlberg spoke in glowing terms regarding his research with three others:

Our finding bridges the entire history of the spiracular slit, bringing together recent discoveries from the gill pouches of fossil jawless vertebrates, via the spiracles of the earliest jawed vertebrates, to the middle ears of the first tetrapods, which tells this extraordinary evolutionary story1

But the summarization of Gai, et al (including Per Ahlberg) hardly resonates with confidence in “this extraordinary evolutionary story.”

In summary, no placoderm or chondrichthyan has yet been shown convincingly to possess a full, aphetohyoidean [hypothesized ancestral state], spiracular gill slit. Given that osteichthyans [bony fish] also lack such a gill slit, it seems likely that it had been reduced to a dorsally positioned spiracle in the last common ancestor of living jawed vertebrates, i.e., at the gnathostome crown group node. However, the presence of two pseudobranchs [spiracular hyoidean gill] in acanthodians [fish], which are believed to be stem chondrichthyans [rays & sharks], suggests that full reduction to the modern spiracular condition was a two-step process: an initial size reduction and shift to a dorsal position in the common ancestor of crown gnathostomes [jawed vertebrates] was followed, independently in chondrichthyans and osteichthyans [bony fish], by the loss of the anterior (mandibular arch) pseudobranch. This interpretation implies that two pseudobranchs were also present in placoderms, where no evidence of their attachment survives.2

Creationists predict evolutionists will never come to a consensus as to how our middle ear evolved from fish gills because mankind was created in God’s image 6 thousand years ago.