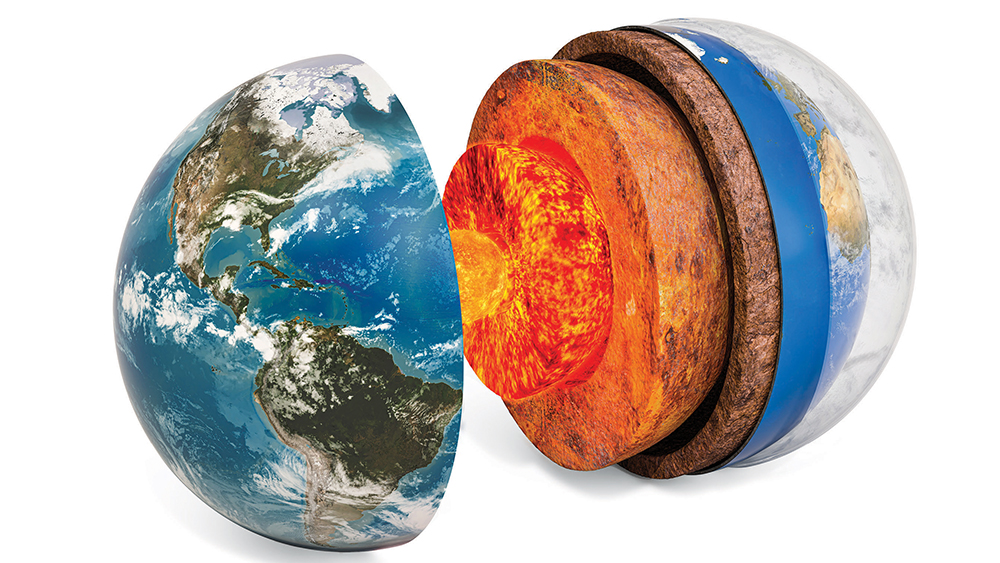 My wife, Mary, and I currently live in central Virginia near Lynchburg and Liberty University, where I serve as research professor emeritus in the School of Engineering. God has blessed me here with several research collaborators who include Liberty faculty, undergraduate students, and graduate students, as well as professionals in industry.

The research collaborations focus primarily on issues relating to the Genesis Flood. One is the physics of how silicate minerals weaken profoundly with increasing shear stress, making catastrophic overturn of the earth’s mantle and rapid plate tectonics possible. Another is computer modeling of the repetitive locking and unlocking of an overriding slab against a subducting slab in a subduction zone during rapid plate tectonics and the resulting generation of mega-tsunamis. In addition, we’re doing numerical simulation of the erosion, suspension, transport, and deposition of sediment by turbulent water driven by repetitive mega-tsunamis, which allows us to study the continental sedimentation patterns in a global model with realistic continent-motion history. 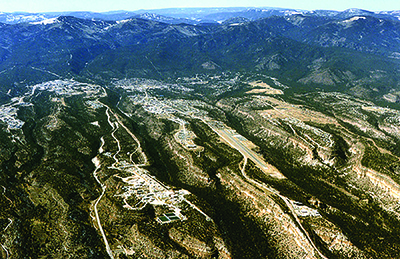 Further projects include numerical modeling of the supersonic steam jets that formed above zones between rapidly diverging seafloor plates during the Flood and modeling of the tectonics of western North America as North America migrated westward during the Flood over the subduction zone of the Farallon Plate, resulting in the temporary appearance of the Western Interior Seaway, followed by the uplift of the Rocky Mountains at the end of the Flood. Another is of the polarity reversals of the earth’s magnetic field during the Flood produced from sudden cooling of the core-mantle boundary by rock recently subducted from the earth’s surface. We are also seeking to measure the helium diffusion rates in zircon from sites other than the one investigated in the Radioisotopes and the Age of the Earth (RATE) project.1

I give glory to God for the dramatic conversion He granted me in Jesus more than 50 years ago at age 26. I also give Him glory for the exhilarating new life in Jesus I have experienced since then and for the calling He extended to me to uphold the truthfulness of His Word in the realm of creation apologetics.

At age 34, startling new insight into the tectonics aspects of the Flood prompted me to undertake a Ph.D. program in geophysics to address those issues at a professional level. Although I had a master’s degree in engineering, I’d had no training whatever in geoscience. But God proved Himself faithful, opening amazing doors and enabling me to earn a Ph.D. in this new field. This included His arranging, as part of my dissertation research, that I would develop a computational tool ideally suited to modeling a global flood cataclysm. This tool was the 3-D spherical finite element planetary mantle dynamics program now known as Terra.

It was God’s genius and none of mine that brought this to pass, as I was struggling in my courses at UCLA. God was the one who orchestrated the opportunity for me to do my dissertation research remotely from UCLA at Los Alamos National Laboratory in New Mexico. It was God who earlier had arranged for me to gain computer programming skills during four years of active duty at the Air Force Weapons Laboratory in Albuquerque, New Mexico. It was He who arranged my encounter with a brilliant mathematician at Los Alamos who had recently discovered the multigrid method for solving large systems of partial differential equations. It was God who allowed this mathematician to recognize that his new technique was ideal for the model of the earth’s mantle that I was seeking to build, which gave him eagerness to work with me as a mentor. His insights as a mathematician, combined with perseverance to debug computer code that God had wrought within me, made us an effective team. Within only a few months, we had a working version of the Terra program.

The improvement in speed that the multigrid method provided, combined with the speed of the Cray-1 supercomputer, made possible for the first time in history a fully 3-D simulation of the flow inside the mantle of a planet like Earth. Experts in the field were then estimating that such a feat was at least 10 years away.

When I presented my results to my graduate committee at UCLA, they were stunned but pleased. Whereas previously I had felt anxiety as to how I might identify a Ph.D. research topic that would advance understanding of the Genesis Flood and also be acceptable to the secular university scientists, God stepped in and resolved that challenge. Not only did I receive my Ph.D. with the strong approval of the department, but Los Alamos National Laboratory also took note of this computational advance. They offered me a position in their theoretical division with the added benefit that I could work half-time on research of my own choosing. I gladly accepted their offer and recognized that again God was opening amazing doors to His surprised servant.

My subsequent 20-year tenure at Los Alamos afforded me time and resources to develop catastrophic plate tectonics as one of the key physical processes responsible for the Flood cataclysm. I presented results from Terra simulations with increasing levels of realism at the International Conference on Creationism (ICC) held in 1986, 1990, 1994, and 2003. 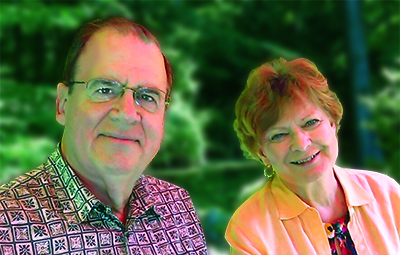 Underpinning this work was the experimental fact that silicate minerals weaken dramatically under increasing shear stress, which makes the earth’s mantle seriously vulnerable to runaway overturn catastrophe. During my time at Los Alamos, I also served as a member of the RATE project and was privileged to lead the investigation on carbon-14.2 That very exciting eight-year initiative identified multiple independent and conclusive lines of radioisotope evidence that the earth is merely a few thousands of years old, as opposed to billions.3

Upon retiring from Los Alamos in 2004, I joined the scientific staff of the Institute for Creation Research, where I soon began collaborating with Dr. John Sanford and others in the development of the population genetics program that came to be known as Mendel’s Accountant. This program can track millions of individual mutations through thousands of generations in large populations that show clearly that, except for microorganisms, the processes of mutation and selection lead inexorably to genetic decline, never to genetic improvement.

In 2010, I began to focus on the issue of how the fossil-bearing Flood sediment record was formed. I employed a program from my work at Los Alamos that solved for the patterns of flow in a thin layer of water on the surface of a rotating sphere. To this program, named Mabbul, I added models for erosion and for sediment transport and deposition in a layer of turbulent water.

I further added tsunamis from locking and unlocking of overriding plates in subduction zones, as well as moving continents that approximate the earth’s continent-motion history from the onset of the Flood to the present. I presented early results from this program without tsunamis or moving continents at the 2013 ICC and a version with these features at the 2018 ICC. I was frankly stunned that this latter version yields a distribution of sediment on the continents at the end of the Flood that is noticeably similar to the actual sediment distribution of today’s world.

In 2018, I was invited by the new dean of the School of Engineering at Liberty University to relocate to Liberty as an emeritus research professor, an invitation I gladly accepted. Most of my published work can be found on my website, globalflood.org. I am profoundly grateful to God for His astonishing faithfulness, mercy, and grace over the past 50 years.

* Dr. Baumgardner earned his Ph.D. in geophysics and space physics from UCLA.