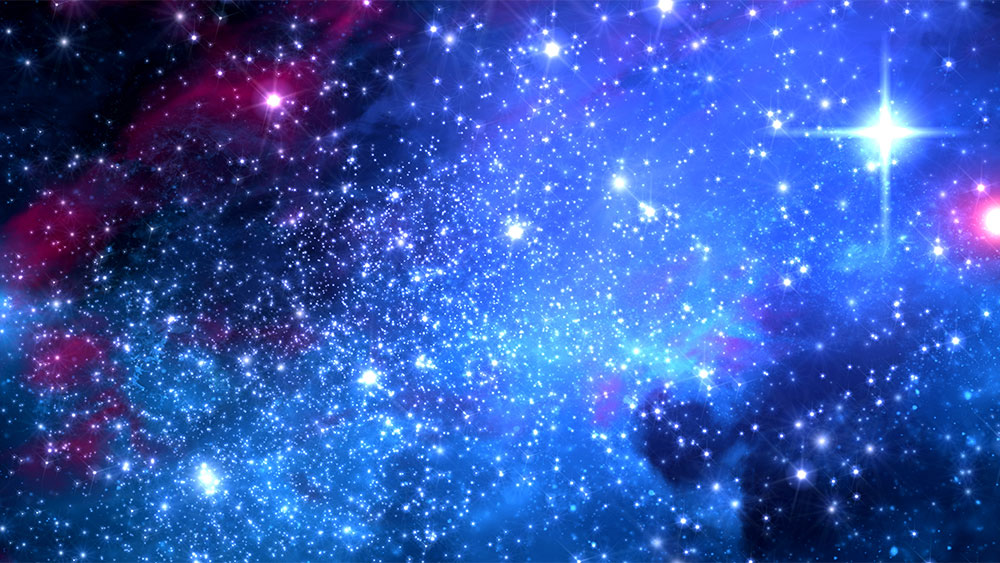 NEWS     CREATION SCIENCE UPDATE     THE UNIVERSE WAS CREATED
Stars Defy Big Bang
BY JAKE HEBERT, PH.D. *  |
THURSDAY, JULY 14, 2022
Recent measurements by astronomers at the University of Cologne (Germany) and Masaryk University (Brno, or the Czech Republic) have shown that a fast-moving star orbits the heart of our Milky Way galaxy in just four years.1,2 Teasing out this information was an impressive technical feat that required nearly twenty years’ worth of data. This fast-moving star, dubbed S4716, and others like it, are problematic for evolutionary astronomers.

Astronomers think a supermassive black hole called Sagittarius A* (Sgr A*) is located at the center of our Milky Way galaxy.3 Some stars orbit very closely to Sgr A*. These have been dubbed “S” stars because of their close association to Sgr A*.4 Some of the orbits of these S stars around Sgr A* are shown in this image.

The astronomers were surprised by S4716’s short orbit. Lead author and astrophysicist Floyd Peissker said, “For a star to be in a stable orbit so close and fast in the vicinity of a supermassive black hole was completely unexpected and marks the limit that can be observed with traditional telescopes.”1 Astrophysicist Michael Zajaček added, “The short-period, compact orbit of S4716 is quite puzzling . . . . Stars cannot form so easily near the black hole. S4716 had to move inwards, for example by approaching other stars and objects in the S cluster, which caused its orbit to shrink significantly.”1

If S4716 could not have formed near Sgr A*, it must have formed farther away and then somehow migrated closer to Sgr A*. But based on the comments above, this seems unlikely. The paper’s authors speculate on mechanisms that could have made this happen, but they acknowledge that their speculation “needs to be verified in more detailed numerical simulations.”2

Another star, dubbed S2, or S0-2, orbits the black hole in sixteen years and is also problematic for mainstream theorists. Astronomers think it is a young, hot blue ‘main sequence’ star. But they acknowledge “[i]t is challenging to explain the presence of such a young star in close proximity to a supermassive black hole.”5 By evolutionary reckoning, S2 had to have formed less than 10 million years ago. But the strong tidal forces near S2’s present location seem to preclude that it could have formed there.5,6 Could it have formed farther away and then migrated inward? Perhaps, but this process would require a very “efficient” migration process, yet “[c]urrent understanding of the distribution of stars [here], however, does not permit such efficient migration.”5 In other words, the migration process should have taken more than 10 million years, longer than the ‘main sequence’ lifetime of the star! Simply put, by evolutionary reckoning, S2 should not exist.

Astronomers have suggested other ways to explain S2, but they acknowledge that “[n]one of these possibilities is altogether satisfactory, leaving S0-2 as a paradox of youth in the vicinity of a supermassive black hole.”5

Of course, this doesn’t prove that our Milky Way galaxy is just 6,000 years old, as implied by Scripture, but it is one of numerous “anomalies” and “paradoxes” that suggest the universe is much younger than the age of 13.8 billion years that Big Bang astronomers have assigned to it.7-11

Many creationists think Einstein’s theory of relativity is the key to explaining puzzles like distant starlight in a young universe, as well as processes in deep space that seem to demand long ages.12 Relativity theory raises the possibility that clocks in deep space may have ticked much faster than clocks here on Earth. As measured by clocks on Earth, the entire universe is just 6,000 years old, but as measured by clocks in deep-space, it could be older. Such a possibility does not contradict Scripture, because the days of Creation are clearly measured by clocks here on Earth.13 But even if this is the means God used to get distant starlight to us quickly, evolutionary age assignments still seem greatly inflated.

Evidence of relative youth is especially strong here on Earth and within our solar system. Yet even in deep space, where evidence of great age seems strongest, there are clues that all is not well with the Big Bang ‘story.’ This should surprise no one, because our universe is not the result of a ‘Big Bang,’ but was created by the Lord Jesus Christ just 6,000 years ago.14,15

*Dr. Hebert is Research Scientist at the Institute for Creation Research and earned his Ph.D. in physics from the University of Texas at Dallas.