A local TV reporter recently visited ICR’s campus in Dallas to do a brief news story highlighting the ICR Discovery Center for Science and Earth History.* While we’ve shared about the Discovery Center in ICR resources like Acts & Facts and through the platforms of some of our friends in Christian media, this was the first introduction of the Discovery Center to a broad audience within the Dallas-Ft. Worth area. Excitement is building as we anticipate the impact of this resource for generations to come.

The latest Discovery Center display under development is the Dragon Encounters exhibit. Since the word “dinosaur” wasn’t coined until the 1800s, evidence suggests that historical references to “dragons” were likely based on real sightings of dinosaurs. Some of these dragon legends and artifacts date as recently as the Middle Ages. Genesis makes it clear that people and land animals were created on Day 6 of the creation week, so the idea that people would have seen dinosaurs in the past makes perfect sense from a biblical perspective.

May 18, 2019 marked the 39th anniversary of the 1980 Mount St. Helens eruption. Did you know the Discovery Center will showcase a model of this well-known volcano? You may wonder what Mount St. Helens has to do with creation science. ICR scientists studied Mount St. Helens in the 1990s and discovered it to be an ideal laboratory for investigating the significant and rapid geological effects that can come from large-scale catastrophes, including the global Flood described in Genesis.

ICR is building the Discovery Center to encourage Christian faith with scientific evidence that supports the accuracy and authority of Scripture. We look forward to opening our doors to visitors from near and far once the exhibit hall is complete.

*To view this news coverage, click on the link within our article “WFAA News Highlights the ICR Discovery Center” at ICR.org/article/11284 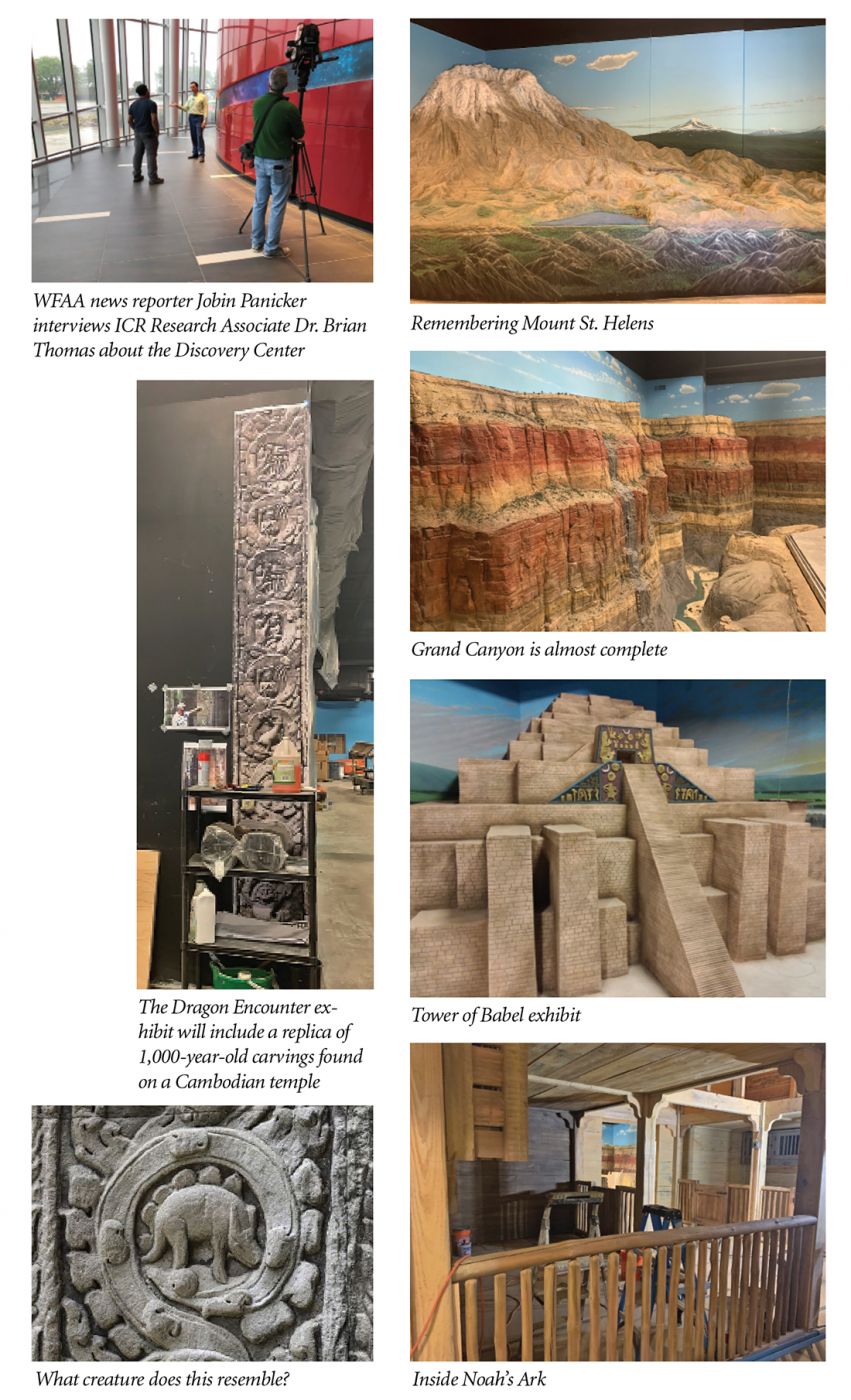