The outside of the ICR Discovery Center for Science and Earth History is nearing completion! The nine giant fossil replica panels were recently lifted into place on the outer wall next to Royal Lane. Each one is 12′ ×12′ and weighs 3,500 pounds—that’s as much as a car! Artisans carved the replicas out of modeling clay and cast them in durable concrete.

The sequence of the panels from left to right reflects the relative order in which these creatures were entombed in the fossil record. The trilobite, cephalopod, paddlefish, ichthyosaur, mosasaur, pterodactyl, Archaeopteryx, and T. rex were catastrophically buried during the Genesis Flood. Rather than showing evidence of evolution, this sequence demonstrates the Flood’s progression. The fully human Neanderthal fossil at the end dates from the immediate post-Flood Ice Age.

Other exhibits are taking shape, and the content for the final Life of Christ exhibit is being filmed. Now that we have the fossil wall in place, people passing by will have a glimpse of the compelling evidence that awaits them inside! 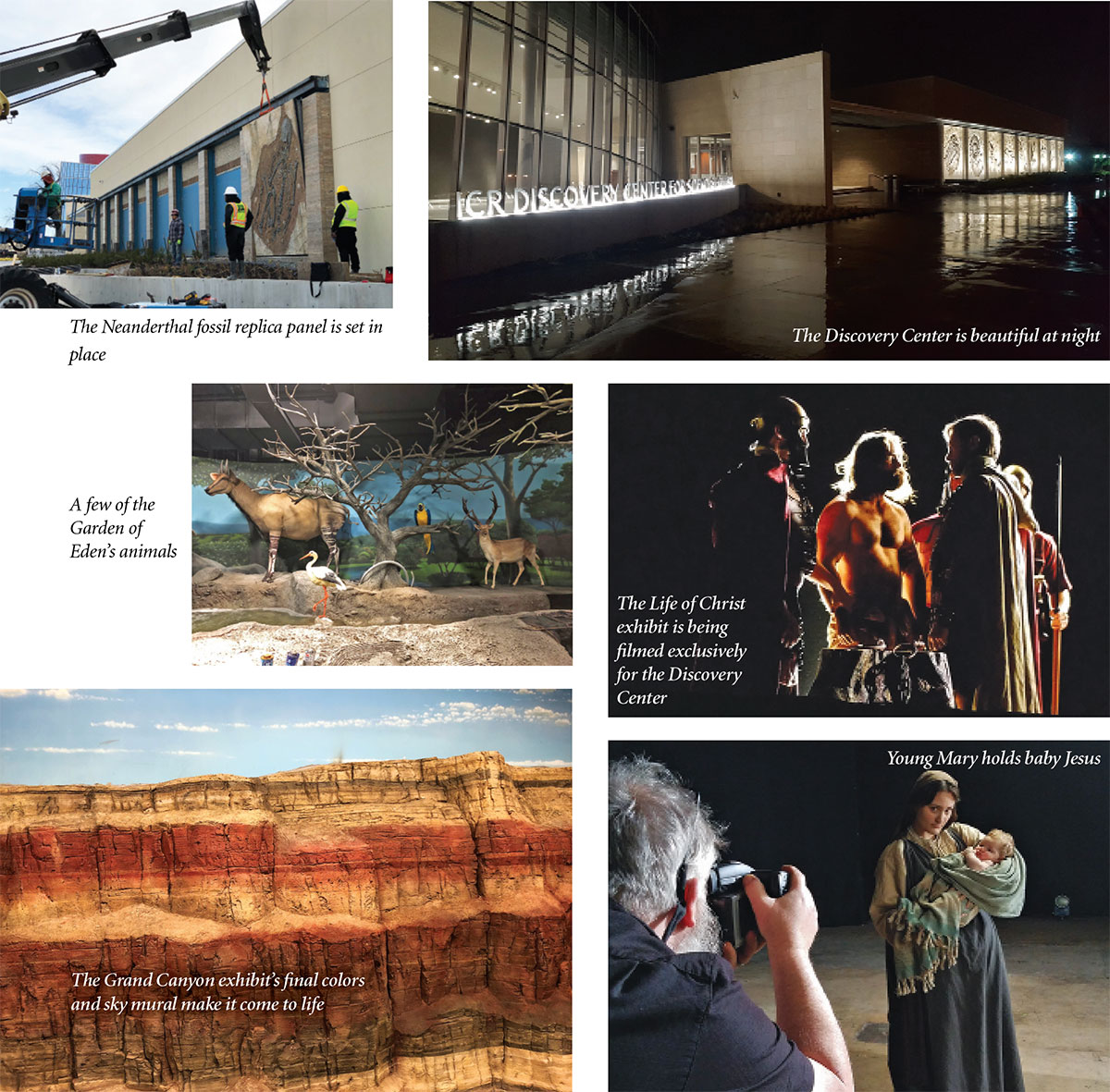