The Battle for the Cosmic Center

Biblical teaching places man at the center of God's attention. Recent astronomical evidence restores man to a central place in God's universe. Over the last few decades, astronomers have become convinced that the red shifts of light from distant galaxies (figure 1) occur in distinct, evenly spaced groups. I discuss these "quantized" redshifts and their implications in a forthcoming technical journal article.1 See endnote 2 for more details. 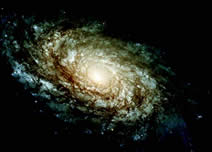 The Hubble Law (which says that redshifts tend to be proportional to distance) offers a simple explanation: galaxies are, perhaps expanding in evenly spaced spherical shells around our point of observation, the Milky Way Galaxy, as figure 2 illustrates. This concentric pattern implies our galaxy is very near the center of the cosmos.

"Of course," says the average non-astronomer, "that sounds very reasonable. Who could have a problem with that?" The average astronomer, that's who! To the informed devotee of the big bang theory, the very idea of the universe having a center is anathema. The big bang cosmology has assumed from the outset that there were no special locations, such as a center. To visualize it the way the experts do, the computer-animated creationist video, "Starlight and Time," is very helpful.3 The bottom line is that the big bang theory can't tolerate a center. So quantized redshifts are evidence both against the big bang cosmology and for "galactocentric"4 creationist cosmologies. 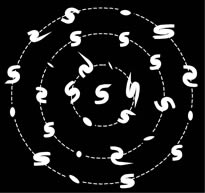 Figure 2. (Idealized) spherical shells of galaxies concentric around our own home galaxy, the Milky Way. Probably the shells are expanding, not orbiting.

But to the secularist seeking to avoid any hint of God, there is a further heresy: we are much too close to the center. The quantized redshift data imply that we are within about 100,000 light-years of the center, a very small distance compared to the diameter of all the matter in the cosmos, at least 40 billion light-years. The probability of us being so close to the center by accident is less than one out of a quadrillion, implying we are where we are as a result of purposeful design. Not liking these high odds for God, the secularists have sought other explanations for the redshift quantization, without much success so far.

The Long War against a Center

Our being near the center of the cosmos is an idea of such great importance that scholars have fought over it for centuries. In the third century before Christ, Aristarchus of Samos suggested that the sun is the center of our solar system.5 But the earth-centered solar system propounded by other Greek philosophers won out, culminating in the detailed cycles within cycles of Claudius Ptolemy (~100 to 170 A.D.).6 Then in 1543, Nicolas Copernicus revived the idea of a sun-centered solar system. He believed that the universe has a center. He simply proposed that the sun, not the earth, was closer to the center, and that the sun was motionless with respect to the center. As did most other scholars of that period, Copernicus thought the universe is finite in size. But it was not long before philosophers such as Thomas Digges (1576) and Giordano Bruno (1583) began modifying Copernicanism by claiming the universe is infinitely large. A science historian summarizes Bruno's view:

The sun was, he thought, merely one of an infinite number of stars scattered through the infinite expanse of space; some of the other bodies in the infinite heavens must be populated planets like the earth. Not only the earth but the sun and the entire solar system were transformed to insignificant specks lost in the infinitude of God's creation....7

Matter in an infinitely large cosmos would not have any boundary, and so could not have a center. Isaac Newton went along with the idea of an infinite cosmos to prevent it from collapsing, since, as one modern cosmologist put it, "...if matter were evenly dispersed through an infinite space, there would be no center to which it could fall."8

Modern secular cosmologies have continued in the same tradition. In 1917 Albert Einstein set the pace by postulating his "cosmological principle" that matter is uniformly distributed throughout all space.9 This resulted in a non-expanding cosmos with space curving back on itself. Others modified Einstein's equations to allow expansion, but kept his starting assumption. The version that eventually won popularity is what we now call the big bang theory. Again, its starting point is Einstein's cosmological principle. Stephen Hawking and George Ellis renamed it the "Copernican principle" and sought to make it more plausible with these words:

In the earliest cosmologies, man placed himself [not "God placed man"] in a commanding position at the centre of the universe. Since the time of Copernicus we have been steadily demoted to a medium sized planet going round a medium sized star on the outer edge of a fairly average galaxy, which is itself simply one of a local group of galaxies. Indeed we are now so democratic that we would not claim that our position in space is specially distinguished in any way.10

Actually Hawking and Ellis are making a very strong claim: that we are not in a special position in the cosmos. Another astrophysicist reveals the motive:

The idea that we are not located in a special spatial location has been crucial in astronomy, leading directly to the [big bang theory]....In astronomy the Copernican principle works because, of all the places for intelligent observers to be, there are by definition only a few special places and many nonspecial places, so you are likely to be in a nonspecial place.11

The word "likely" I have emphasized above shows that the secularists want to have us be where we are by accident, not by the deliberate intention of a God who might have put us in a special place. The big bang theory satisfies their desire by doing away with special places altogether. So we see that over the past four centuries, secularists have sought to move us further and further away from the center of God's universe, finally denying that there is a center at all.

Why a Center Is Crucial to You

The intense struggle for centuries over this issue is a clue that it is very important, emotionally, intellectually, and spiritually. One reason is that the Bible is quite clear about the centrality of our planet in God's plans. Genesis mentions the earth on the first day (1:1,2) and third day (vv. 10-12), well before God made the sun, moon, and stars on the fourth day (vv. 14-18). It was a sin on this planet (3:6) that subjected the whole universe to groaning and travailing (Romans 8:22). It was to this planet that the Creator came (John 1:9,10) to die on the cross and deliver not only us, but also the entire physical cosmos (Romans 8:21,23) from the consequences of that first sin. God's eternal throne will be on earth (Revelation 21:2,3). To escape consciousness of the scrutiny of such a God, secularists have worked hard to belittle our location and us, as the following words from Carl Sagan show:

The Earth is a very small stage in a vast cosmic arena....Our posturings, our imagined self-importance, the delusion that we have some privileged position in the Universe, are challenged by this point of pale light [an image of earth taken by Voyager I]. Our planet is a lonely speck in the great enveloping cosmic dark. In our obscurity, in all this vastness, there is no hint that help will come from elsewhere to save us from ourselves.12

To the Christian, however, close attention from our Creator and Savior is not terrifying, but encouraging. To know, from this new redshift evidence, that God has given us prime real estate in His vast universe astounds and awes us, as Psalm 8:3,4 says:

When I consider thy heavens, the work of thy fingers, the moon and the stars, which thou hast ordained; What is man, that thou art mindful of him? and the son of man, that thou visitest him?

This article was originally published August, 2102. "The Battle for the Cosmic Center", Institute for Creation Research, http://www.icr.org/article/battle-for-cosmic-center (accessed September 26, 2021).

Cuckoo Completes Mammoth 7,500-Mile Migration
One particular common cuckoo will soon complete a mammoth migration through both Africa and Asia—a migration that is anything but common. Onon...
BY: JAMES J. S. JOHNSON, J.D., TH.D.

Should We Grouse About Not Seeing Grouse?
A recent report in Chesapeake Bay Journal laments the decline in ruffed grouse populations in the Chesapeake watershed region of its natural range. Ruffed...
BY: JAMES J. S. JOHNSON, J.D., TH.D.
More Human Accountability

Milankovitch Ice Age Theory in the News
A letter to the editor in Nature Geoscience notes that this year marks the 100-year anniversary of Milutin Milankovitch’s (Milanković’s) book...
BY: JAKE HEBERT, PH.D.
More Science in the News

COVID-19 and International Missions
COVID-19 containment strategies are changing the dynamics of world missions. According to Christianity Today, many missionaries are stranded in temporary...
BY: STAFF WRITER

When Travel is Restricted, Be Honest and Trust God
Travel restrictions (imposed under federal and state disaster laws) are common this month, and they are likely to continue for some time. Many communities...
BY: JAMES J. S. JOHNSON, J.D., TH.D.
More Science in the News