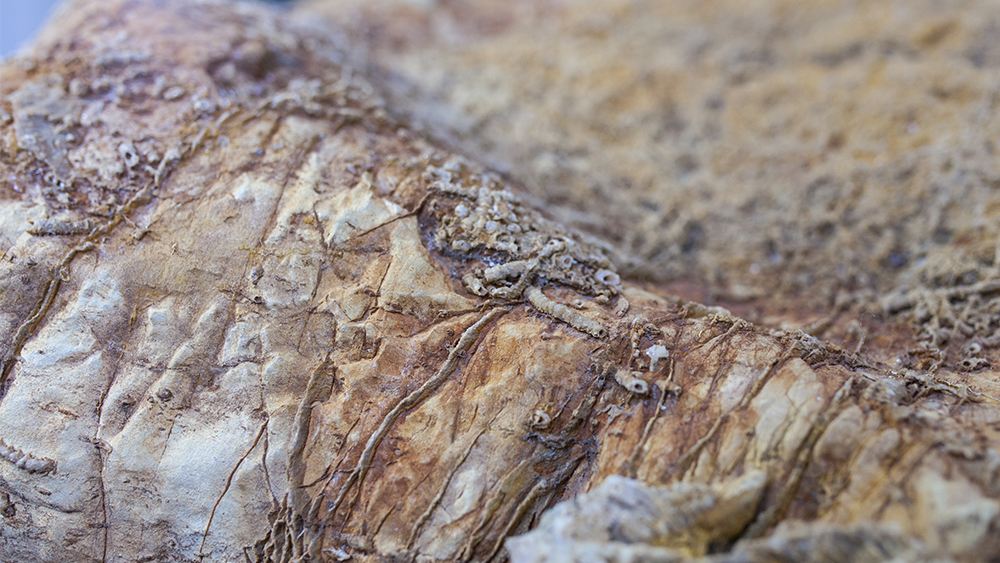 The Ediacara biota is a sporadic faunal (animal) stage containing unique soft-bodied fossil creatures in sandstone from the Ediacaran System dating “635-541 million years ago” according to evolution theory. The Ediacaran layer is found at the bottom of the geologic column—just below the Cambrian—and contains creatures that creationists would expect: algae and soft-bodied invertebrates. In other words, ocean bottom-dwelling creatures were the first to be buried during the Flood about 4,500 years ago.

No surprisingly, “little is known about the phylogeny [evolutionary history] of the Ediacaran organisms.”1

Recently, scientists have analyzed the contents of the last meal of some of these Ediacara animals. They found the creatures selectively ate algae and bacteria from the ocean floor. The fossils contained “preserved phytosterol molecules—natural chemical products found in plants—that remained from the animals' last meal.”2 Phytosterols are biomolecules similar to cholesterol. They are part of the structural components of plasma membranes of plants. Like soft dinosaur tissue, these organic (carbon-based) molecules should not exist in half-billion year-old sediments (compared to dinosaur bone cells and collagen that are “only” millions of years old).3

"Ediacara biota really are the oldest fossils large enough to be visible with your naked eyes, and they are the origin of us and all animals that exist today. These creatures are our deepest visible roots..."2

This is, of course, a silly statement, overtly religious and based wholly on a naturalistic assumption: the supernatural does not exist, and since it doesn’t, these creatures have to be one of our ancestors, no matter how counterintuitive and strange.

To make their case, the researchers point to some common physiological processes these animals had that were similar to present-day creatures. But this is hardly surprising. Ediacara biota had to take in food (carbohydrates, proteins, and fats) that would be broken down and processed to produce energy and protein for cellular structures, just like humans and animals do today. This is not evidence for an evolutionary connection between Ediacara biota and people. Both have to eat and were designed with similar digestive functions.

An Ediacaran creature called Kimberella, a small, slug-like organism, was selective in its eating: "Kimberella knew exactly which sterols were good for it and had an advanced fine-tuned gut to filter out all the rest.”2 So, these organisms at the base of the geologic column were already extremely intricate and designed with the ability to select food sources. They were suddenly buried and are preserved as remarkable fossils (such as the ones displayed at the Arkhangelsk Regional Museum in Russia), and still contain complex, original organic compounds. Indeed, the burial was so rapid and catastrophic that many of the creature’s internal anatomy, external form, feeding style, and locomotion can be determined.4

The strange and wonderful Ediacara biota were part of God’s creation about 6,000 years ago. They were designed to move in and fill the aquatic ecosystem and were the first to be buried during the Flood. They, along with many other creatures of the ocean, evidently did not survive the global cataclysm.