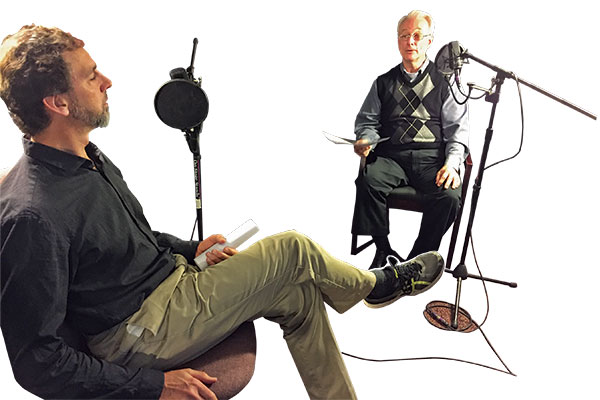 Vernon Cupps became fascinated with science in seventh grade and knew then he wanted to be a scientist. His specific interest in nuclear physics came during a physics class at the University of Missouri as he studied the nucleus. Since childhood, he has believed the Bible is infallible, but there were steps involved in his becoming a creationist.

Brian: What do you mean by “creationist”?

Dr. Cupps: Creationism, the belief that Genesis is absolutely correct in its assertion that everything was created ex nihilo in six days by God, is something that I had never specifically concentrated on—I just simply believed the Bible. I spent most of my career in physics and mathematics, and I didn’t think much about the consequences and implications of that particular part of the Bible. But I began to in the 1990s when I read books by Dr. Henry Morris, Hugh Ross, George Pember, and many others. I tried to get a vast range of opinions on the subject, and it became crystal clear to me that the only reasonable point of view was that Genesis is absolutely correct in all that it asserts to be true.

It became crystal clear to me that the only reasonable point of view was that Genesis is absolutely correct in all that it asserts to be true.

Brian: So, you started with “I’m a Christian, I believe the Bible in general,” and then you spent most of your career as a physicist focusing on how the world operates, not how it originated. But you spent years studying the origins subject. Was there a moment as you studied that really resonated with you, where you said, “This makes sense”?

Dr. Cupps: One thing that most resonated with me was that the day-age theory and the Bible couldn’t both be true. The day-age theory is expounded upon by Hugh Ross and his contemporaries, and that theory—or that hypothesis, rather—says that they believe the days set forth in Genesis chapter one are really ages. But the translation of the Hebrew doesn’t allow that to be the case. That’s not proper exegesis of the Bible.

Brian: Why can’t we insert vast ages for days?

Dr. Cupps: The Bible doesn’t allow it. If you go that direction, where do you stop? Because now men are interpreting God’s Word in a way they want to interpret it.

Brian: If you start by using your own definition from outside the context of the passage, then you can do that same thing anywhere else in the Bible.

Dr. Cupps: And you can interpret anything in the Bible any way you want. This leads to confusion—anarchy of interpretation, basically.

Brian: You didn’t want to be confused.

Brian: So, you went through this process of investigating origins options, and you settled on recent creation, and one of the biggest reasons was a study of the Bible. Let’s ease back into your career. What did you do as a scientist? 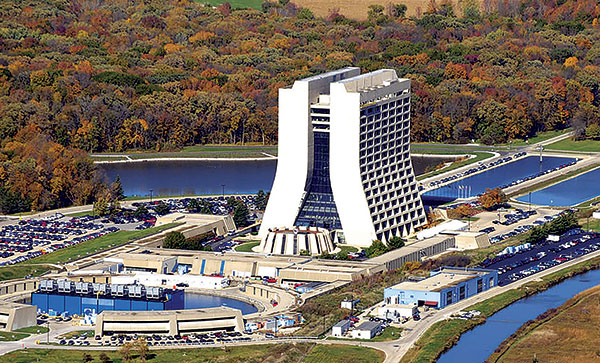 Dr. Cupps: After working at the Indiana University Cyclotron Facility, I went to Los Alamos, where I planned and prepared an experiment to study pion absorption on a number of different nuclei to give us insights into the nuclear force—the force that binds the nucleus together. I also worked on an experiment to study the spin response of the nuclear continuum, which necessitated me to go to TRIUMF, the particle accelerator in Canada. And finally, I worked on an experiment to measure the proton/proton elastic-scattering cross-section to a one-percent precision, a very difficult precision to reach when counting particles. That experiment was done at about 600–900 MEV (million electron volts).

Brian: How do you reconcile the six-day creation view with distant starlight billions of miles away?

Dr. Cupps: The secularists have the same problem. We can only measure the speed of light as a two-way trip. We can’t measure its one-way transit time.

Brian: Would you say there are enough unknowns, especially in astronomy and cosmology, to place the various origins perspectives on a level playing field?

Brian: So, the speed of light problem, distant starlight, is a problem for everyone regardless of their origins perspective. Let’s look elsewhere for indicators. Let’s measure some other attributes of the universe. 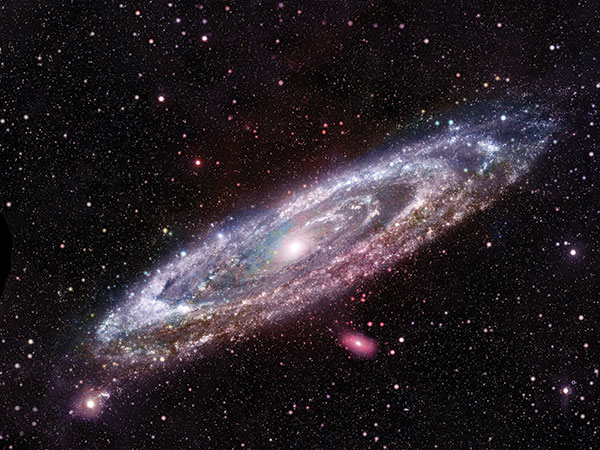 Dr. Cupps: We know spiral galaxies have to be reasonably younger than about 300 million years old because they tend to unwind and [would have developed] into an elliptical galaxy by now. Spiral galaxies are found 13 billion light-years from Earth. We see evidence of youth in the extended universe. The Big Bang people can’t explain a lot of things—they can’t explain the antimatter–matter imbalance.

Brian: What is that?

Dr. Cupps: Our universe is basically made up of matter. According to the Big Bang hypothesis, there should be equal amounts of each, but there’s virtually no antimatter! They also don’t know where the elements heavier than iron come from. Their hypothesis is that heavy elements are formed in the explosions of supernovas, or, a more recent hypothesis, that they were formed in the collision of neutron stars. 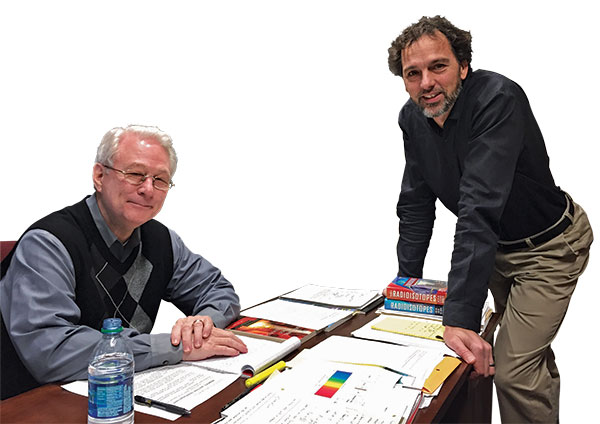 Prepping for the interview

Brian: When you have a high-energy source, you can make heavy elements out of lighter elements by smashing them together.

Dr. Cupps: Except, it doesn’t work. In nuclear accelerators, we’ve banged large nuclei together, and they do not fuse—they break apart! The secularists generally believe that sequential nuclear reactions in stars—for example, reactions in which an iron atom will sequentially capture additional neutrons—are the means by which heavy elements are created. But multi-step nuclear reactions in large volumes are highly, highly improbable.

Brian: How did we get the heavy elements we have today?

Dr. Cupps: [I believe] God created them out of nothing.

Dr. Cupps: Correct. There is also the problem that’s arisen from recent observations in the cosmic microwave background [CMB] that there is a preferred axis in the universe. Big Bang cosmologists believe that Earth is no special place. CMB is the result of light being stretched as space stretched to where the light loses energy until its frequency drops into the microwave background. The Big Bang proponents expected the CMB to be completely uniform across the universe—spread evenly—but it’s not.

Brian: Why don’t these secularists abandon the Big Bang if it has so many problems?

Dr. Cupps: Let me answer that question by quoting a scientist who is a Nobel Prize winner, who wrote a recent paper about how evolution could’ve occurred. He did experiments that were heralded as decisive proof of the theory of evolution. But his colleagues couldn’t duplicate the results, so he retracted his paper. He admitted that “we were totally blinded by our belief.” And that answers the question. They are blinded by their beliefs. I think you will find that the basic difference between creationists and people who believe in the evolutionary deep-time paradigm for nature is a difference in belief—a difference in worldview—it’s not a difference in science. We’re all looking at the same data, so it’s basically a matter of belief. Do you believe the Bible, or do you believe these hypotheses that have been [invented] by men?

Brian: So, you went from Los Alamos, Fermilab, and TRIUMF to the Institute for Creation Research. It seems like a big switch.

Dr. Cupps: In some sense it is, in some sense it isn’t. I’m still doing science. Science is a systematic methodology for investigating natural phenomena. It is not naturalism. Naturalism is the scientific approach of the secularists who believe in the evolutionary deep-time paradigm. It is a philosophical principle of secular humanism—it’s not science.

Science is a systematic methodology for investigating natural phenomena. It is not naturalism.

Dr. Cupps: Absolutely. And I go where the evidence leads me.

Brian: What are you working on now?

Dr. Cupps: I’m working on radioisotope dating, because the primary argument secularists use to support their deep-time paradigm is that radioisotope dating supports their hypothesis. But radioisotope dating depends on a lot of very tenuous assumptions. I’d like to do some experiments on the decay rate of an isotopic nucleus that’s radioactive to see if the decay rate is truly constant. It appears that both pressure and electrical fields can greatly change the rate of decay. They also assume that the rock is a closed system—no heating or cooling—which is absurd. The best way to look at it is if you took a large jar of water and dropped salt into it, the salt will slowly diffuse throughout the water at room temperature. But if you cool the water, the salt will diffuse throughout the water at a different rate. If you heat the water, the diffusion rate will speed up. You need to have a full knowledge of the history of the rock you are dating—and they don’t have that.

Dr. Cupps: No. Their clock systems have too many unknowns and too many assumptions that are very, very iffy.

Brian: What other scientific evidences for recent creation have you run across?

Dr. Cupps: The rings on Saturn look like they’re very young. The recent satellite probe that passed by Pluto—Pluto looks very young. It should be completely pockmarked with impact craters from debris, and it’s not. And it even has an atmosphere. It should’ve dissipated millions of years ago. The rate of heat loss for Jupiter and Saturn is two to three times what they receive from the sun. Why aren’t they stone cold now if the solar system is four billion years old? 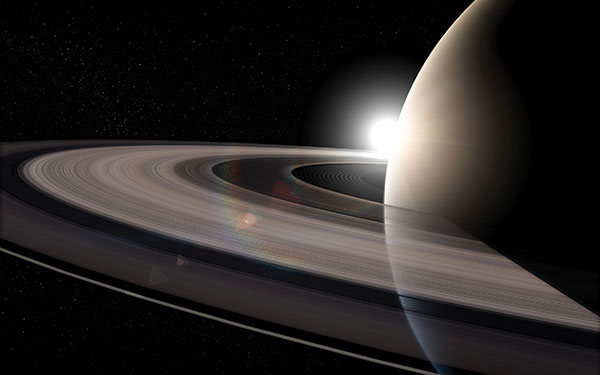 Dr. Cupps: They have very little debris on the ice crystals. They should be dark.

Brian: Will some of your discoveries make their way into the ICR Discovery Center?

Dr. Cupps: The subject of stellar nucleosynthesis will certainly be in the universe exhibit. That exhibit will demonstrate how the solar system and universe are constructed and what the arguments are, pro and con, for creation on a 6,000–10,000 year time frame. There will be a whole room dedicated to the universe.

Brian: Well, it’s been an informational and inspirational discussion. I say inspirational because we do live in a world that’s permeated by this whole concept that God was not around—everything we see came around naturally. But it’s so refreshing to talk with someone willing to investigate origins and who came down on the side of “the Bible got it right” by investigating what the Bible says and by looking at all the options and weighing all those options. I appreciate your expertise as a scientist coupled with your conviction that what you see confirms the straightforward teaching of the Word of God.