Sea urchins are spiny marine animals. Some of them like to hide in holes that they dig out of limestone in the ocean floor, using teeth that are ground down and yet remain sharp. What makes these teeth so special that they can drill through rock and not go blunt?

Israeli scientists found remarkably precise and efficient construction when they took a close look at the sea urchins’ teeth. Using various high resolution imaging techniques, they saw tiny edges of magnesium calcite crystals exposed on the tooth surfaces. The sea urchins manufacture these crystals so that as the tooth wears down, it exposes new sharp crystal corners. These self-sharpening teeth may inspire “the design of better mechanical grinding and cutting tools.”1

The teeth are composed of crystals in plate and needle patterns that interlock, “like the fingers of folded hands.”2 In addition, the concentration of magnesium atoms in the crystals is graded such that the highest concentration of magnesium is found at the very tip of the tooth—where the main grinding pressure occurs. Thus, the magnesium is conserved and used to harden the teeth exactly where the need is most critical.

In considering what must go into manufacturing such tiny but effective tools, the researchers concluded in their study published in The Proceedings of the National Academy of Sciences that “the sea urchin tooth tip is clearly the product of exquisite control.”1

Sea urchin fossils are found in Ordovician rocks, which are below most other sedimentary layers. Given the conventional date given to this lower layer, sea urchins demonstrate stunning “stasis,” a universal biological observation that each kind of organism remains faithful to its fundamental form. This is also predicted by Genesis 1, which states that God specifically made each kind to reproduce after itself.3

The sea urchins that were preserved in rock layers must also have had these specialized grinding teeth. The sudden appearance in fossils of “the mature sea urchin tooth [with] incredible structural and compositional complexity”1 contradicts Darwin’s evolutionary claim that animals “advance by the shortest and slowest steps.”4

There are no transitional sea urchin teeth, and sea urchins are fully sea urchins wherever they are found. Their abundance in certain rock strata need not be interpreted as representing some kind of ancient “time of sea urchins.” Rather, it represents the catastrophic burial of a sea urchin-rich habitat that occurred early in the global Flood described in Genesis. And the precisely regulated manufacturing process that forms the sea urchins’ teeth can only be the result of a supreme Designer. 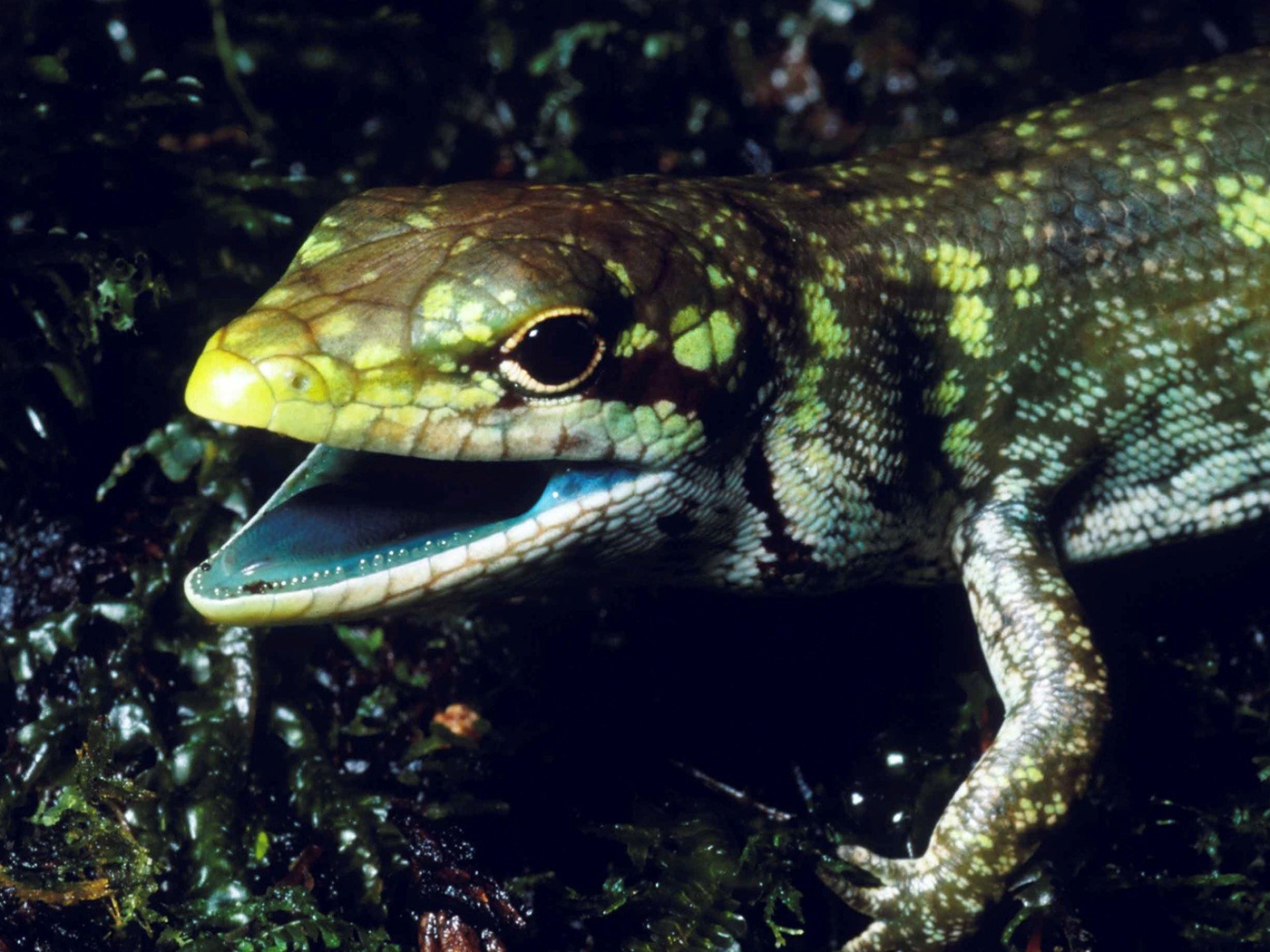 Could Designed Systems Explain Green Lizard Blood?
Green blood is not something you see every day. The recent search for why several species of lizards found in New Guinea have green blood assumes an...
BY: RANDY J. GULIUZZA, P.E., M.D.

Scientists Decode Key to Spider Web Strength
Imagine a cloth that gets stronger after it is damaged. That is what scientists recently discovered when probing the strength of garden spider webs. A...
BY: BRIAN THOMAS, PH.D.

Super-Sized Synapsid in the Wrong Rocks
A Polish research duo described the remains of an elephant-size synapsid from upper Triassic rocks. Only it’s not supposed to be there. Secular...
BY: BRIAN THOMAS, PH.D.
The Latest
COVID-19   NEWS   ACTS & FACTS   PODCASTS