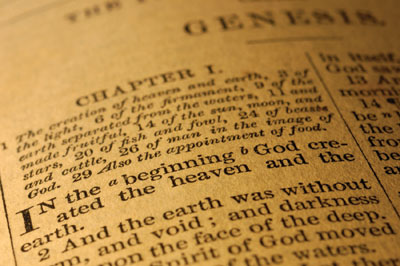 In the October Research column, I reviewed some of the background considerations for ICR’s recently-concluded RATE project (Radioisotopes and the Age of The Earth). The primary hypothesis developed for the research phase of RATE was that accelerated decay could resolve the apparent conflict between the clear statements of Scripture that indicate only thousands of years since Creation and the large amount of nuclear decay in earth’s rocks that implies billions of years.

Details of the research and findings that support this theory may be found in the final reports of RATE: Radioisotopes and the Age of the Earth, Volume II and the book by Dr. Don DeYoung titled Thousands…Not Billions. In this column I would like to briefly discuss one portion of the RATE research project that didn’t receive as much attention as I believe it deserves.

Dr. Steven Boyd of The Master’s College conducted a statistical study on the historicity of Genesis 1:1–2:3 as a part of the RATE project. Since the RATE scientists based their thousands-of-years timescale on the Genesis account of Creation, it seemed appropriate to more firmly establish that this passage in Genesis should be taken literally. Dr. Boyd pointed out that there are three approaches typically taken by theologians to interpreting Genesis 1:1–2:3:

Unfortunately, the majority of preachers, teachers, and biblical scholars today believe that the Bible should be read and interpreted as poetic metaphor or error-filled narrative. Yet if the Bible is to be relied upon for truth, it is critical that option three—reading Genesis 1:1–2:3 as accurate historical narrative—be the correct approach.

Dr. Boyd’s statistical study concluded that Genesis 1:1–2:3 is indeed a narrative passage, not poetic, based on the relative frequency of the preterite verb form in the two types of passages. There is less than 1 chance in 10,000 that Genesis 1:1–2:3 is poetry. If Genesis is narrative, then it is not allegorical but historical, with the plain sense of the words corresponding to reality and the sequence of events corresponding to real time.

Combining the statistical study on Scripture and the evidence for accelerated decay justifies the conclusion that Scripture is reliable.

Dr. Boyd asked at the conclusion of his study:

How then should we read Genesis 1:1–2:3 in light of the fact that it is an historical narrative? Answer: as a realistic portrayal of the Creation of the universe. … Should we as readers believe what the authors wrote? If we are faithful to their presentation we should. These historians do not allow us to be dispassionate observers of the past as we read their texts. They compel us to believe the past they portray. … Will we believe this text? Answer: we must.1

Does Genesis Address the Time of Creation, or Just the .,.
"He that planted the ear, shall He not hear? He that formed the eye, shall He not see?" (Psalm 94:9) It has become popular among evangelical...
BY: JOHN D. MORRIS, PH.D.
The Days Do Matter
In his latest book,1 Dr. Hugh Ross mounts the most vigorous attack yet against literal Biblical creationism and its defenders. The book is replete...
BY: HENRY M. MORRIS, PH.D.
More Back to Genesis
The Latest
NEWS   ACTS & FACTS   PODCASTS

NEWS
Frog Stripe Evolution?
Color patterns in animals, whether vertebrates or invertebrates, are designed by the Creator for camouflage, warning, courtship, or, simply, for the...
BY: FRANK SHERWIN, D.SC. (HON.)
Shop Related Products
$
$