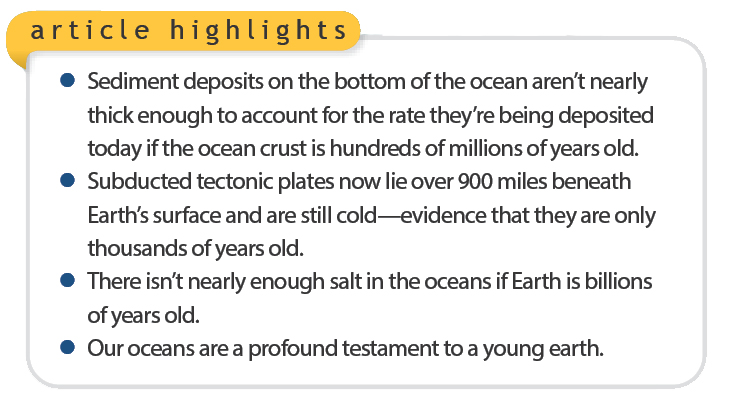 Over 70% of Earth's surface is covered by water, most of which is marine and contained in the oceans. On average, the depth of the ocean is about 2.3 miles. However, the oceans also fill deep trenches that extend to 6.8 miles below sea level.1 Interestingly, if Earth’s surface were completely level, the massive amount of water contained in the oceans would be sufficient to cover it to a depth of about 8,000 feet.

When people question where the vast amount of water came from and went regarding the global Flood of Genesis, we can point directly to the vast amount of water in the oceans. In fact, the earth’s oceans and the seafloor contain many clues to its history. Not surprisingly, they all support a young earth (about 6,000 years) and a global flood that occurred about 4,300 years ago.2 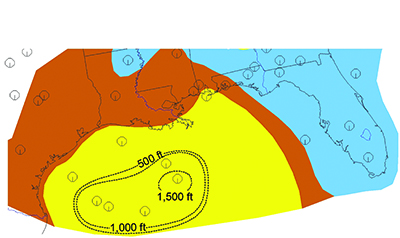 Figure 1. The Whopper Sand in the deep Gulf of Mexico

Not only do the earth’s oceans contain all the water needed to explain the global Flood, but the ocean floors themselves are geologically very young, pointing directly to the Flood and the tectonic and sedimentary processes that were involved. Most of the seafloor around the world includes the upper layer of the geologic column known as the Tertiary, or more specifically the Tejas Megasequence.3 On top of these layers are some minor Pleistocene (Ice Age) and more recent sediments, but these are relatively thin by comparison to the Tejas.

The Tejas ocean layers have two sources of origin that both point to recent Flood processes. The first source for these sediments had to do with the breakup of the pre-Flood mega-continent called Pangaea that began earlier in the Flood during the deposition of the Triassic layers.3,5-7 This continental separation accelerated as the Jurassic layers were being formed and continued on through the Cretaceous (about the high-water mark of the Flood). During the time that the Flood was forming the Jurassic and Cretaceous layers, there was also a rapid injection of new, hot, buoyant magma into ocean ridges that formed new ocean crust between the separating continents.

The second source of Tejas ocean layers was due to late-Flood runoff that occurred as mountain ranges and the continents were being uplifted on the newly separated continents during the Tejas. The sediment-laden waters poured off the continents into the oceans as the floodwater receded, forming massive ocean deposits, some of which contained transported vegetation that became offshore coal beds. Evolutionists admit that Tejas coal beds, such as those found in the South China Sea, were "both thick and rapidly deposited."8 One of the most spectacular examples of offshore Tejas deposits is the Whopper Sand in the Gulf of Mexico (Figure 1). Recent discoveries by oil company exploration have confirmed that the Whopper Sand extends across 40,000 square miles in the Gulf of Mexico, residing in water depths of 10,000 feet, and is over 1,000 feet thick on average, with some sections nearly 2,000 feet thick.9

Not Enough Ocean Sediment for an Old Earth 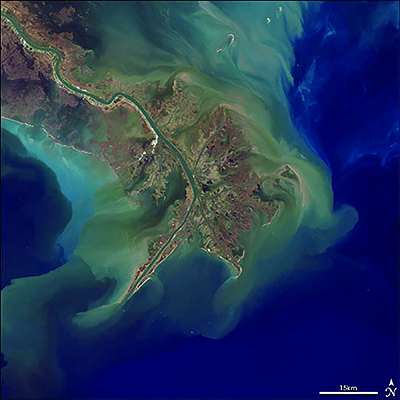 When we observe the current processes (rain, wind, waves) that deposit eroded soil and rock from the continents into the oceans, there is simply not enough sediment in the oceans to account for an over 200-million-year old seafloor. In fact, on land we observe that the continents are eroding rapidly as gullies, gorges, and canyons grow bigger by the year and even coastlines are disappearing (Figure 2). Secular scientists have estimated that about 22 billion tons of sediment disappear into the oceans every year and build up as soft layers of mud on the hard rock of the seafloor.10 Surveys across the oceans indicate that the average depth of all the sediment on the ocean floor is less than 1,300 feet.10 Some regions of the oceans have virtually no mud at all.11 If the oceans are over 200 million years old, then why is there not more sediment?

Some secular scientists claim that the gradual shifting of the ocean floors by tectonic plate movement (a few inches a year) forces the mud deep inside the ocean trenches (subduction zones).10 But at best that would only account for about one billion tons of sediment a year. The remaining 21 billion tons would have accumulated on the seafloor in less than 12 million years. If the ocean crust were several hundred millions of years old, mud should be literally choking the oceans, but it is simply not there. As mentioned above, the really thick sediment deposits are isolated in thick offshore ocean basins and are best explained as late-Flood runoff during the final months of the global Flood. Nevertheless, there is not nearly enough mud to support an old earth.

For the past 20 years, scientists have been mapping out the oceanic lithosphere (which includes the crust and uppermost mantle) that descends hundreds of miles below ocean trenches into subduction zones.12 These descending tectonic plates have been characterized all the way down to the top of the earth’s outer core and are made of cold, brittle, dense rock about 60 miles thick. Evidence from plate tectonics only makes sense in light of the global Flood, where the original ocean lithosphere was completely consumed by subduction during the Flood year, and a new, hotter seafloor was produced.13

This so-called “runaway” or rapid subduction ceased at the end of the Flood once all the original created ocean lithosphere was completely consumed. This also explains why the ocean seafloor rocks are young. At present, we only observe a small amount of residual plate motion.14 In other words, the slow plate speeds we observe today are left over after the rapid subduction phase that occurred during the Flood.

Figure 3. Map of relative ocean crust age by color. Yellow, orange, and red represent the youngest crust (Cenozoic). These areas formed during the receding phase of the Flood and after. The green and blue formed earlier during the rising and peak phase of the Flood (Zuni Megasequence, or Cretaceous and Jurassic). The purple is the oldest ocean crust, formed when the Flood first inundated the pre-Flood land (Absaroka Megasequence).
Image credit: NOAA

Recent data from seismic tomography reveal cold subducted plates deep in the mantle that are surrounded by extremely hot mantle, even after traveling to a depth of more than 930 miles through the mantle itself.12 The catastrophic plate tectonic model of the global Flood suggests subduction during the Flood year (discussed above) occurred rapidly, with plates moving at rates of several miles per hour.14 These fast rates could have easily placed long slabs of cold lithosphere deep within the hot mantle, just as we observe today. Because the slabs have only been placed within the mantle about 4,300 years ago, they are still much colder than the surrounding mantle.

If these lithospheric slabs, including those at the base of the mantle, have only been moving at a few inches per year—as evolutionists claim—then these slabs should have warmed up and assimilated long ago. There should not be such a visible density contrast caused by the temperatures of the rocks. The clear implication is that these cold lithospheric slabs were rapidly emplaced just thousands of years ago, not millions.

Another interesting piece of evidence that points to a young ocean directly relates to the water’s composition and specifically to the amount of salt it contains and the rate at which it accumulates. On average, the water of the world’s oceans has a salinity of about 3.5% that is predominantly sodium (Na+) and chloride (Cl−) ions from salt.15,16 The worldwide contribution of Na+ to the oceans by input from rivers has been recognized by scientists for hundreds of years, and until the early 1900s the amount of salt in the oceans was considered to be a legitimate method to estimate the age of the earth.

However, scientists eventually discovered that radioisotope dating could give age estimates to igneous rocks in the billions of years (based on faulty assumptions) that were more favorable to evolution. After this, they modified ocean salt content theories such that the concentration of Na+ was proposed to give an estimate of residence time rather than an age for the earth. The idea of residence time is the average length of time the sodium ion would survive in the ocean before being removed.

This idea of a steady state model for salt in the ocean claims that Na+ is eliminated from the ocean about as quickly as it is replenished, causing the amount of Na+ in the ocean to remain roughly constant with time. However, both evolutionists and creationists have noted that the steady state model is in error because the data clearly show that salt ions are gradually increasing in the ocean over time, not holding steady.16,17

Two creation scientists (a geologist and a physicist) took the secular ocean salt model to task, generously using assumptions and parameters most favorable to an old-earth evolutionary model.17 They assumed no initial Na+ and minimum input and maximum output rates. Inputs were calculated from 11 sources of Na+ to seawater, including rivers, river sediments, atmospheric and volcanic dust, glaciers, groundwater, and hydrothermal vents. Outputs included seven sinks of Na+ from the ocean, such as sea spray, cation exchange, pore water, halite deposition, basalt alteration, and albite and zeolite formation.

In the end, they determined that the ocean could be no more than 62 million years old. The problem for evolution is that this is about 75 times less than the 4.6-billion-year estimate for the age of the earth. When more realistic numbers were used within a creation model, such as a nonzero initial concentration of Na+ and the likely effect of the Genesis Flood most likely adding salt to the oceans, a biblical time frame of thousands of years was achieved.

Not only do the oceans prove that the earth is young, but so does the evidence from astronomy, biology, and geology.18-21 There really is no good reason from any of the major scientific disciplines for Christians to compromise the literal narrative of creation and the global Flood described in the book of Genesis in the Bible.