Greenland: Ice-Free Not That Long Ago | The Institute for Creation Research
Skip to main content 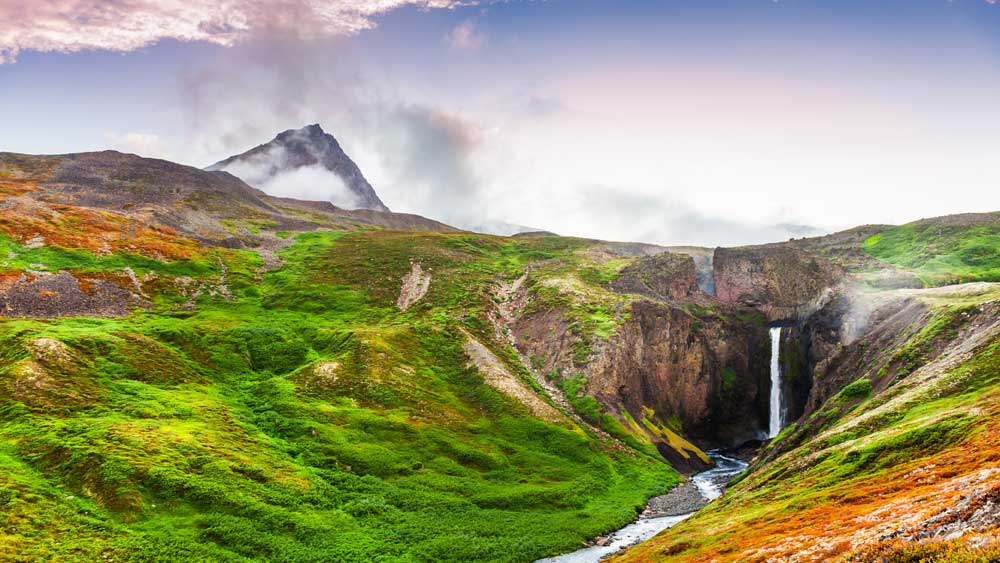 NEWS     CREATION SCIENCE UPDATE     EVIDENCE FOR CREATION     CLIMATE CHANGE     FOSSIL RECORD     ICE AGE     NOAH'S ARK AND FLOOD     BIBLICAL AGE OF THE EARTH
Greenland: Ice-Free Not That Long Ago
BY JAKE HEBERT, PH.D. *  |
MONDAY, APRIL 26, 2021
Preserved leaves and twigs in a tube of soil show Greenland was largely ice-free in the relatively recent past.1 This discovery has important implications both for the ages that uniformitarian scientists assign to the deep ice cores and the global warming debate.

In 1966 United States Army scientists drilled the Camp Century ice core in northwest Greenland. The bottom of the core included a 15-foot-long section of frozen dirt. This frozen soil sample was long forgotten but was re-examined by a University of Vermont scientist in 2019 who saw twigs and leaves within the soil. A recent science news article says:


An international team of scientists... has studied these one-of-a-kind plant fossils and sediment from the bottom of Greenland. Their results show that most, or all, of Greenland must have been ice-free within the last million years, perhaps even the last few hundred-thousand years.1

Creation scientists agree! Greenland was ice-free in the recent past, but much more recently than these scientists think. Even if thick ice sheets had existed in the pre-Flood world, they would have all been destroyed during the Flood cataclysm. This means that Earth’s thick ice sheets, including the one in Greenland, began forming just 4,500 years ago, after the Genesis Flood.

Secular scientists think there have been many past ice ages, but there is strong geological evidence for only the most recent one, which creation scientists think was the only Ice Age.2 And the Genesis Flood provides a much more plausible mechanism for causing an Ice Age than do secular theories.3,4 Heat from rapid-seafloor spreading during the Genesis Flood greatly warmed the world’s oceans, causing greatly increased evaporation. This moisture precipitated as ice and snow at high latitudes and on mountaintops. Massive late Flood and residual post-Flood volcanism injected aerosols into the stratosphere, providing the summer cooling needed to keep the snow and ice from melting. Over hundreds of years, thick ice sheets built up. Eventually, the oceans cooled and volcanic activity decreased sufficiently for the Ice Age to come to an end.2,5

This preservation of plant material may not actually prove that the ice is only a few thousand years old, as colder temperatures extend the times that biological materials can be preserved. But it is certainly surprising—one uniformitarian scientist was “stunned”1—if you think the ice sheets are extremely old.

There is a popular misperception that ice cores, because of the vast ages that have been assigned to them, are “slam-dunk” evidence the earth is old. However, arguments for ancient ice sheets are not nearly as strong as many believe,6-8 and there is positive evidence that these age assignments are greatly inflated.9

As noted above, uniformitarian scientists think the Greenland ice melted a few hundred thousand years ago, possibly a million years ago. Since humans could not possibly have contributed to global warming in the “prehistoric” past, these scientists think this shows that Greenland’s ice is very susceptible to melting, and now even more so due to human-caused “climate change.” Hence, they are worried that melting of the Greenland ice could result in flooding of coastal cities within 50 years.1

This is a classic example of how incorrect beliefs about past climate change can lead to incorrect conclusions about future climate change. Creation scientists agree that Greenland was ice-free not that long ago, but this is not because a previous ice sheet melted. Rather, it’s because no ice sheets existed anywhere on Earth after the Flood! So the recent absence of Greenland ice does not prove that the Greenland ice sheet is particularly sensitive to melting, and this argument for catastrophic flooding is invalid. Nor is this an isolated example. Uniformitarian beliefs are needlessly contributing to climate change worries in other ways, too.10-12

This is a great example of how the origins controversy is no mere academic debate. It has profound spiritual implications for every single one of us, and it is incredibly relevant to many of today’s political and scientific controversies.