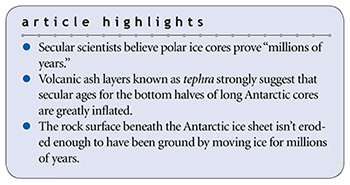 Secular scientists have assigned vast ages—multiple hundreds of thousands of years—to the Dome Fuji, Vostok, and EPICA Dome C ice cores in Antarctica.1-3 They also claim to have counted more than 110,000 annual layers in Greenland’s deep GISP2 core.4 For this reason, some biblical skeptics think ice cores prove an old earth. However, the argument is not as strong as it appears, and there is positive evidence the ice sheets are young.

Secular scientists claim today’s Greenland and Antarctic ice sheets are millions of years old, but they admit that thick ice sheets could form in about 10,000 years.5 Since the Flood occurred 4,500 years ago, this is admittedly more time than is allowed by the Bible’s history.

However, most creation scientists think that Earth’s tectonic plates moved much faster during the Flood than they do today, leading to the rapid creation of hot new seafloor. The resulting heating greatly warmed the world’s oceans.6 This caused increased evaporation, putting much more moisture into the atmosphere, which led to greatly increased rainfall as well as snowfall on mountaintops and at high latitudes.

The Flood also triggered many volcanic eruptions. Volcanoes continued to erupt with decreasing intensity for many years after the Flood. The resulting volcanic aerosols caused cooler summers, which prevented winter snow and ice from melting. This, combined with the much higher snowfall rates, allowed thick ice sheets to form in less than 4,500 years.7

Secular scientists depend on theoretical models to assign ages to the Antarctic cores because low snowfall on the Antarctic plateau makes it impossible to count visible layers.8,9 These models simply assume the ice sheets are millions of years old.10 So, the vast ages secular scientists have assigned to the deep Antarctic ice cores actually prove nothing. 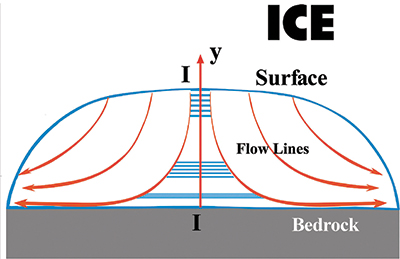 Figure 1. The weight of the ice causes annual layers to become thinner over time, with the thinnest layers at the bottoms of the cores.

Informed skeptics would acknowledge this. But they would claim the deep Greenland cores still prove long ages since scientists used “simple” counting of visible layers in the cores to assign ages to the ice. However, counting layers is very difficult and subject to much uncertainty, especially in the deep parts of the cores. Creation scientists plausibly argue that uniformitarian scientists are greatly over-counting the true number of annual layers.7,11,12 In fact, creation skeptic Bill Nye recently highlighted evidence (surely by accident!) that one cannot naively assume that visible bands in the Greenland cores necessarily represent annual layers. An account of this is archived on ICR.org.13

Secular models assign nearly all the ice cores’ time to the bottoms of the cores. For instance, the secular model assigns a total of 680,000 years to the bottom half of the 3200-meter-long EPICA Dome C core but only 122,000 years to the top half.3 These models predict that annual layers of ice will become much thinner at greater depths (Figure 1). We’ll see a little later why these two facts are very important. 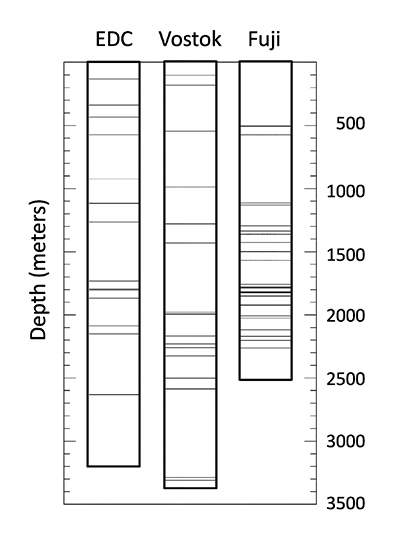 Figure 2. The depths at which tephra layers appear in the three deep Antarctic ice cores.

Volcanic clues within the ice cores agree well with the creation model. Volcanic eruptions produce sulfuric acid droplets that fall on the ice, and the cores preserve the acid layers. By inspecting such layers in the GISP2 ice core, secular scientists concluded that hundreds of powerful volcanic eruptions occurred during the Ice Age. The eruptions were each large enough to noticeably affect the climate.14

However, secular scientists think that overall these eruptions did not have much of a “big picture” effect on climate because they occurred over a 100,000-year timespan. In the creation model, this intense volcanism took place within just a few hundred years, providing a potent cooling effect, especially during summers. The Flood Ice Age model predicts intense volcanic activity during the post-Flood Ice Age, and these acid layers bear this out.

Volcanoes sometimes deposit ash and glass fragments called tephra on the ice sheets. The tephra layers provide a test between the creation and secular age models. Remember that secular age models assign truly vast ages to the bottom halves of the deep Antarctic ice cores. If the ages assigned to the lower halves of the cores are greatly exaggerated, as creation scientists claim, these excessive bottom ages will cause the deepest tephra layers to appear extremely infrequently. Ash layers from eruptions that in reality may have been separated by just decades or centuries will seem to be separated by hundreds of thousands of years. 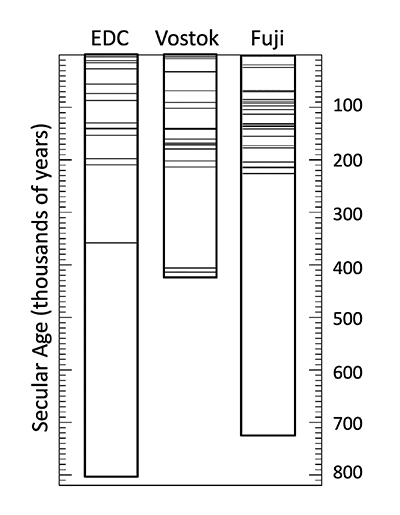 Figure 3. The secular ages assigned to the tephra layers in the three deep Antarctic ice cores. Dark horizontal bands indicate two or more closely spaced layers. Not shown are two “extraterrestrial” meteorite layers within the Dome Fuji and EDC cores, said to be between 400 and 500 thousand years old.

This is what we observe!2,15 Figure 2 shows the depths at which tephra layers appear in the EPICA Dome C (EDC), Vostok, and Dome Fuji ice cores. Figure 3 shows the ages that secular scientists have assigned to these tephra layers. On the time graph, the layers are much more infrequent in the supposed distant past. The pattern was so striking that secular scientists commented on it:

A striking feature emerging from our study is that the frequency of visible tephra in the Vostok and EDC cores decreases dramatically in the ice older than ca 220 ka [220,000 years]….The last [i.e., the most recent] 220-ka sections of both records contain about a dozen discrete tephra layers while only one event is identified at EDC and two at Vostok in the interval 220-414 ka, encompassing more than two complete climate cycles [about 200,000 years]. Tephra layers even disappear from 414 to 800 ka, i.e. the bottom of the EDC core.2

Secular scientists tried to explain this pattern by claiming that for some reason volcanic eruptions near Antarctica were once much more infrequent. But this violates their uniformitarian assumption that “the present is the key to the past.” Likewise, these three cores are widely separated geographically. How likely is it that no ash layers at all would fall on much of Antarctica for hundreds of thousands of years?

These three Antarctic cores are the only Antarctic cores with assigned ages greater than 400,000 years whose tephra layers have been carefully studied. This apparent decrease in tephra frequency is present in all three of them. Coincidence—or an indication that secular age models are assigning far too much time to the bottoms of the deep Antarctic ice cores?15 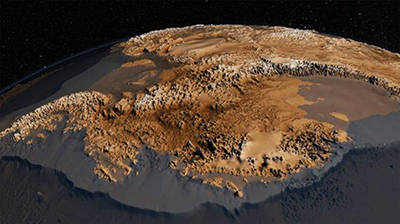 Figure 4. The East Antarctic plateau is shown at the top of the image. The Gamburtsev Mountains are near the center of the plateau. Elevations are exaggerated for clarity.
Image credit: NASA/GSFC

Most secular scientists believe the East Antarctic ice sheet formed about 34 million years ago.7,16 Eventually the pressure of the accumulating ice would have become great enough to allow the ice next to bedrock to melt despite the cold temperatures. This would have allowed the ice to slide over the rocks. Moving ice scraping and bulldozing the rocks over millions of years would have greatly eroded the underlying Gamburtsev Mountains.17 Yet, secular scientists were stunned to learn that the Gamburtsev Mountains showed very little erosion (Figure 4).

“It’s really hard to imagine that there are mountains under there [the ice]. It doesn’t matter which way you spin – it’s pretty flat,” said [geophysicist Robin] Bell, who has studied the area for years. Yet, she added, the truly mysterious part of the hidden mountains is not that they exist, but how they still exist. The inexorable march of geological time erodes mountains away (if we came back in 100 million years, the Alps would be gone, Bell said) and the Gamburtsevs, at the ripe old age of 900 million to a billion years old, should have been worn down eons ago.17

Secular scientists suggested that perhaps the eroded mountains were somehow “reborn” 200 million years ago.17,18 However, they admitted that the details of how this could have happened are unclear.17 Another problem with this idea is that other scientists insist, based upon radioactive dating methods, that the mountains are at least 500 million years old.19,20

Other scientists proposed that meltwater at bedrock flowed uphill (this is theoretically possible) and then refroze above the mountains, protecting them from erosion.21 But even so, the mountains would still have been eroded by wind and rain for hundreds of millions of years before the ice formed. Of course, this lack of erosion makes sense if the ice and Gamburtsev Mountains are just thousands of years old.

Clues within the ice suggest that the ice sheets are quite young, just as one would infer from a straightforward reading of Scripture.

Despite the claims of some, deep ice cores do not present an invincible argument for an old earth. The Flood Ice Age model provides a better overall explanation for the Ice Age, during which the thick ice sheets formed. Furthermore, clues within the ice suggest that the ice sheets are quite young, just as one would infer from a straightforward reading of Scripture.