Perhaps there is no other group of animals that are more ornate and beautiful than the butterflies. Butterflies are insects, of course, belonging to the class Insecta. They, in turn, belong to a much larger group of animals called the arthropods. What was the origin of this very substantial phylum? Three authors recently concluded the following:

As Darwin noted in the Origin of Species, the abrupt emergence of arthropods in the fossil record during the Cambrian presents a problem for evolutionary biology. There are no obvious simpler or intermediate forms—either living or in the fossil record—that show convincingly how modern arthropods evolved from worm-like ancestors. Consequently there has been a wealth of speculation and contention about relationships between the arthropod lineages.1

Butterfly "evolution" is usually discussed in terms of disruptive selection and mimicry, both of which count as but minor variation among these stunning creatures. Clearly, they remain butterflies. What of the origin of insect wings?

The wing may have evolved as a flap-like extension of the dorsal upper leg, according to Kukalova-Peck, and hence may have been articulated and moveable from the start2 [emphasis mine].

But if the origin of butterflies and insect wings remains an evolutionary enigma, certainly the incredible change from caterpillar to the adult winged insect rates as one of the fascinating evidences of creation. Metamorphosis to the adult stage is nothing less than a biological miracle. Complex molecules called enzymes are released that literally digest the caterpillar while it is ensconced in the chrysalis, converting it into a rich soup of disjointed tissues and cells—which after four days becomes an adult butterfly. But how? Detailed metamorphosis studies done on different insect species shows only that the ways organ systems are formed are quite varied. This is not what evolution would predict. A non-creationist laments,

. . . no stage or aspect of this physical process can be accounted for or even guessed at with our current knowledge of chemistry, physics, genetics, or molecular biology, extensive though they are. It is completely beyond us. We know practically nothing about the plan or program governing the metamorphosis, or the organizing agency that executes this plan.3

Research continues in this fascinating field, pointing not to the gods of time, chance, and genetic mistakes, but to a Master Designer's hand that is "clearly seen" (Romans 1:20). 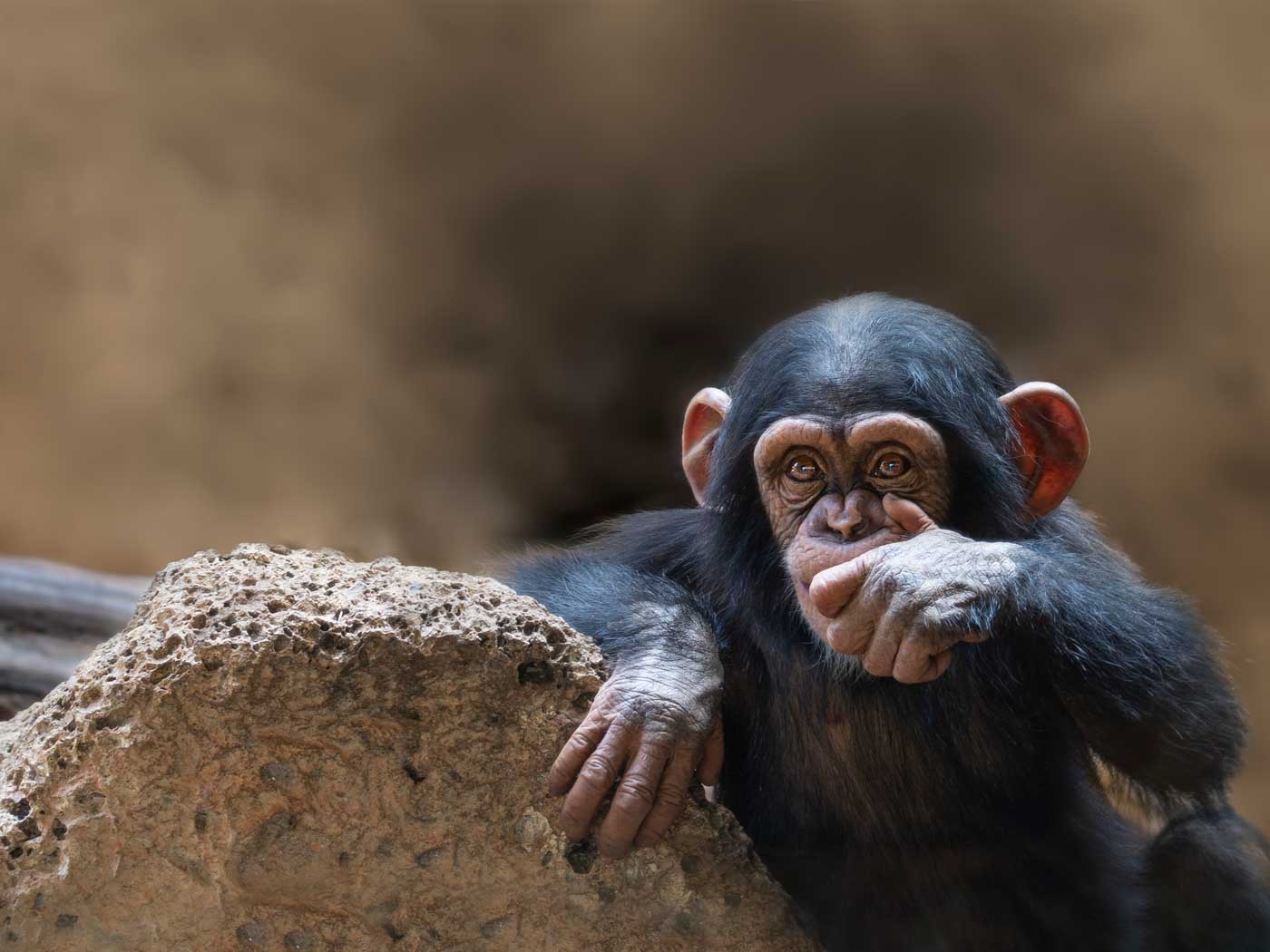 Did Our Brains Evolve Language Pathways?
A Newcastle University press release title reads, “Origins of language pathway in the brain at least 25 million years old.”1 How...
BY: BRIAN THOMAS, PH.D.

Sahelanthropus Femur Likely Makes It a Chimp
Nearly 20 years ago, a team of anthropologists presented the finding of a fossil skull that was very chimp-like in many respects.1 However,...
BY: JEFFREY P. TOMKINS, PH.D.

Neanderthal DNA Muddles Evolutionary Story
Neanderthals are classified by evolutionists as archaic humans given that both their DNA and bones are essentially human. Yet, new stories constantly hit...
BY: JEFFREY P. TOMKINS, PH.D.

Babies Are Born Ready to Read
Dogs don’t read the words on a page. Neither did Coco, the famous gorilla that learned to communicate using simple hand signs. So what affords humans...
BY: BRIAN THOMAS, PH.D.
More Contrasting Worldviews

Coast Guards and Corvids: Flying to the Rescue!
Days ago, a fishing boat near the Shetland Islands needed emergency help, and received it in a timely manner. So, a fearful predicament had a happy ending.1 In...
BY: JAMES J. S. JOHNSON, J.D., TH.D.
More Creation Science Update

Radio Interview: God Made Gorillas, God Made You
ICR Editor Christy Hardy talks with WBGL in Illinois about getting equipped to discuss creation/evolution issues with your kids and reveals the...
BY: STAFF WRITER