The Engineered Adaptability series of articles in Acts & Facts has argued that most adaptations—broadly mischaracterized as “evolution” by secular science—are highly regulated, often rapid, and so clearly targeted to specific conditions that they are predictable.

To explain the regulated, rapid, and targeted characteristics of adaptation, the Institute for Creation Research developed a design-based, organism-focused model called continuous environmental tracking (CET). It hypothesizes that as an organism monitors environmental changes, it makes adaptive self-adjustments. Recent discoveries have identified internal tracking mechanisms that have elements that correspond to those in human tracking systems. These findings show that organisms are active, problem-solving entities. Thus, the evolutionary depiction of individual organisms as passive modeling clay actively shaped by their environment is exactly backwards.

At the population level, natural selection envisions these organisms locked in mortal competition with each other, with a few individuals emerging victorious at the expense of the rest of the population. They pass on their genes while the “weaker” genes are eliminated. Evolutionary scientists imagine that the survivors were lucky enough to be endowed with superior genes through random mutations.

In stark contrast, an engineering-based model would suggest that both the individual and the population are vitally important. Thus, in order to arrive at optimal solutions to environmental challenges, individuals and populations work together in a targeted, non-random approach to problem solving. Such a model has the potential to liberate biologists from the selectionist mindset. What characterizes this mindset?

A Selectionist Mechanism Is Exceedingly Slow

As natural selection acts solely by accumulating slight, successive, favourable variations, it can produce no great or sudden modifications; it can act only by short and slow steps.1
— Charles Darwin, On the Origin of Species

Neo-Darwinism is the almost universally accepted model of evolution. It is invoked to explain the remarkable adaptation of both individual organisms and entire populations to their natural surroundings. Neo-Darwinism was developed in order to prevent the demise of the Darwinian theory of evolution, which was not widely accepted around the turn of the 19th century due to its perceived lack of a viable mechanism. In the early 1900s, the work of R. A. Fisher, J. B. S. Haldane, and Sewall Wright in the emerging field of population genetics laid the groundwork for the eventual acceptance of the construct of natural selection as the driving force behind evolution.2

In 1957, Haldane developed a mathematical description of how beneficial mutations become fixed in a population over time. But in doing so, he uncovered a significant problem. Haldane reasoned that a beneficial mutation must substitute for non-mutated genes in order to be distributed throughout the population. The rate at which this occurs is limited by an organism’s reproductive rate. Given that mutations are likely to occur initially in only a few individuals, he calculated that there hasn’t been enough time to generate the world’s observed genetic diversity, even assuming vast eons.

This is particularly true for organisms with low reproduction rates and long generation times. For example, only 0.02% of the observed differences between the human and ape genome could have been generated in the supposed 10 million years since divergence from an assumed common ancestor.3 This problem is known as Haldane’s dilemma. It was further clarified and validated in Walter ReMine’s 1993 book The Biotic Message and again in his 2005 paper,4 but the problem has still not been resolved and today is simply ignored. And recently, the problem has gotten much worse.

Over the last 20 years, numerous studies have demonstrated the surprisingly rapid adaptation of populations to changing environmental conditions. The observed adaptations involve a wide variety of traits in many kinds of organisms, including

All of these observed adaptations occurred in response to environmental changes in only a few generations (in most cases less than 50 years). A 2011 paper summarized mounting evidence for rapid adaptation of populations and noted that such observations have taken evolutionary scientists by surprise: “In retrospect, we can ask why the correspondence of ecological and evolutionary time was not recognized.”13

Of course, the reason evolutionists are surprised by the abundant evidence for rapid adaptation is that their envisioned mechanism of evolution—natural selection—is by its very nature exceedingly slow. Rather than acknowledge the serious challenge this disconnect poses for the neo-Darwinian theory, many scientists simply incorporate these unexpected findings into the theory. They adopt terms such as “contemporary evolution” or “eco-evolutionary dynamics”—the assertion that ecological and evolutionary changes interact in a feedback loop over observable timescales.14 A 2009 paper discussing eco-evolutionary dynamics went so far as to say that the previous characterization of evolution as a slow process is simply wrong.

Species as diverse as single-celled algae, annual plants, birds, fishes, crustaceans, insects and sheep are found to undergo rapid contemporary evolutionary changes in traits that adapt them within a few generations to changing or new environments….Thus, the old assumption that evolutionary change is negligible on the time-scale of ecological interactions is now demonstrably incorrect.14

A growing number of evolutionary biologists are recognizing the conceptual and mathematical limits to selectionism and are searching for alternative mechanisms.15

Needed: Populations to Solve Problems as Efficiently as Individuals 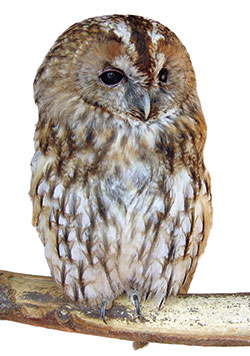 The Engineered Adaptability series makes the case that adaptation results from “immanent selection” (i.e., from internal, engineered mechanisms) coupled with CET.16 However, the focus of these articles has been on changes that occur at the individual organism level. Does this new framework have explanatory power when considering adaptation at the population level?

Specifically, what is needed is rapid convergence on an optimal solution by the majority of the individuals in the population. If a population of organisms can achieve this, it can exploit new environmental niches—which is exactly what rapidly adapting populations appear to be doing. If we are looking for correspondence between human-engineered mechanisms and those found in living things, we should ask: How might an engineer solve this problem?

One likely approach an engineer could take would be to leverage the power of distributed computing. Distributing computing uses multiple networked computers to solve complex problems that can’t be solved within a reasonable amount of time using a single computer. This kind of computer system enables the execution of distributed algorithms, which are particularly good at solving problems for which a consensus must be reached regarding which solution is best.17

What if we supposed that a population of problem-solving organisms could function like a distributed computing system? The hypothesis is plausible when we consider the definition of a distributed system:

A distributed system is one in which components located at networked computers communicate and coordinate their actions only by passing messages. This definition leads to the following especially significant characteristics of distributed systems: concurrency of components, lack of a global clock and independent failures of components.18

Interestingly, there is emerging evidence that populations of organisms do in fact communicate and coordinate their actions through an amazing array of biochemical and behavioral signaling.19 In one remarkable example, overcrowded adults in a population of nematodes (roundworms) signal still-developing juveniles to develop a specialized mouth form they can use to consume alternative foods.20

Let’s examine the correspondence more closely. In a population of organisms, all individuals are simultaneously undergoing development by interacting with and adapting to their surrounding environment (concurrency); individual organisms develop at slightly different rates and are at different stages of development (lack of a global clock); and though the death of an individual organism removes information from the gene pool, the rest of the population continues to interact with and adapt to the environment (independent failure).

In this view, a population rapidly reaches an optimal solution as individual “computers” (organisms) running the same “distributed algorithm” (immanent selection) generate similar “solutions” (traits). They then reproduce and redistribute the traits, with the consensus solution becoming dominant in just a few generations. This rapidly adapts the population to changing environmental conditions or a new environmental niche. Just as in a distributed computing system, increasing the number of individual computers (organisms) increases the speed at which an optimal solution to a problem can be achieved.

Furthermore, a population that has a large number or wide geographic distribution of organisms should develop a greater diversity of solutions (i.e., genetic diversity) and can more easily and rapidly adapt to extreme environmental change. This is precisely what many of the recent studies of rapid adaptation appear to demonstrate.

This model of adaptation in populations stands in sharp contrast to neo-Darwinism’s selectionist model. It emphasizes cooperation over competition and asserts that new traits are generated and distributed in a targeted, problem-solving manner rather than randomly. Thus, it expects widely observed rapid convergence on solutions rather than slow progress over vast eons.

The creatures of God's world are indeed fearfully and wonderfully made.

The hypothesis that populations are analogous to distributed problem-solving applications (i.e., algorithms) enables predictions and could guide research. And just as human-designed distributed systems are a brilliant approach to solving complex problems, so populations of problem-solving organisms demonstrate the intelligence of the Master Designer. The creatures of His world are indeed fearfully and wonderfully made (Psalm 139:14).