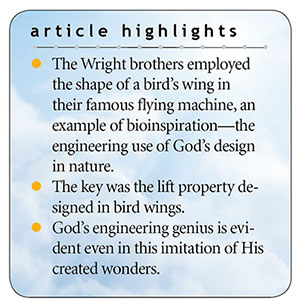 More DNA Was Created as a Reservoir for the Information of Life
'RNA World' Paper Retracted
The whole concept of how life originated is an insurmountable naturalistic hurdle. Life requires DNA, RNA, and protein in an interdependent triad in...
BY: JEFFREY P. TOMKINS, PH.D.

RNA Editing: Biocomplexity Hits a New High
When the workings of the genome were first being discovered, the central evolutionary dogma of molecular biology claimed that genetic information passes...
BY: JEFFREY P. TOMKINS, PH.D.

Don Rohrer, Icon of ICR, Passes
An icon of ICR during the early years was Chief Financial Officer Don Rohrer who was recently ushered into Glory. I first met Don in 1995 while applying...
BY: FRANK SHERWIN, D.SC. (HON.)

No Sign of Beetle Evolution
The world is alive with beetles! A 2022 study by 17 biologists states, “Beetles constitute the most biodiverse animal order with over 380 000...
BY: FRANK SHERWIN, D.SC. (HON.)
The Latest
NEWS   ACTS & FACTS   PODCASTS

NEWS
The Incredible Canine Sniffer
As any dog owner will tell you, the smelling ability of Rover is incredible.1 Surprisingly, however, “. . . little is known about the...
BY: FRANK SHERWIN, D.SC. (HON.)