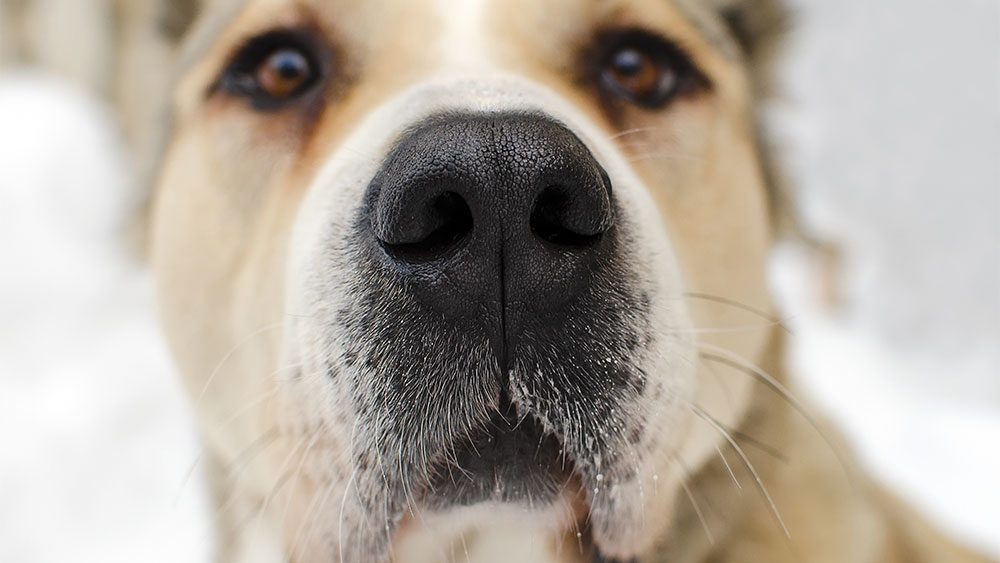 NEWS     CREATION SCIENCE UPDATE     ALL LIFE SYSTEMS WERE CREATED BY GOD
The Incredible Canine Sniffer
BY FRANK SHERWIN, D.SC. (HON.) *  |
THURSDAY, AUGUST 18, 2022
As any dog owner will tell you, the smelling ability of Rover is incredible.1 Surprisingly, however, “little is known about the structure of their olfactory [smelling] system.”2 And what scientists do know about the anatomy and biochemistry of olfaction points clearly to creation.3

But now, using a brain map, researchers have connected olfaction to thought and reasoning centers in dogs.


The results offer a first-of-its-kind anatomical description of how dogs “see” the world with their noses. The new brain map is “awesome, foundational work,” says Eileen Jenkins, a retired army veterinarian and expert on working dogs. “To say that they have all these same connections that we have in humans, and then some more, it’s going to revolutionize how we understand cognition [the mental action of acquiring knowledge] in dogs.”4

The researchers found—through dissection and tractography (a three-dimensional modeling technique used to visually represent neural tracts)—that the olfactory bulb is connected to the outer layer of the cerebrum (cortical region). The cerebrum is concerned with analysis and integration of complex sensory information, and the occipital lobe of each cerebral hemisphere is specifically involved with visual processing. It was the dog’s occipital lobes (and four other pathways) that the scientists discovered had white matter tracts (axons of neurons surrounded by myelin sheaths). It is these newly-discovered tracts that directly connect the occipital lobe with the olfactory bulb, something that has so far been found only in dogs.


This is the first documentation of a direct connection between the olfactory bulb and occipital lobe in any species and is a step towards further understanding how the dog integrates olfactory stimuli in their cognitive function.2


Dogs use all their senses to evaluate their environment. But this newfound connection between smell and sight suggests that the two are intricately linked. Perhaps this anatomical link could be why smell can often compensate when a dog’s sight goes, Johnson says. “Blind dogs can still play fetch.”4

In a related and no less important question, where did the dog nose come from—or any mammal nose for that matter? Evolutionists can only theorize the exceptional mammalian nose evolved from a portion of the upper jaw of the reptilian-like ancestors called the synapsids.5 All that can be really said is, “The evolution of the mammalian nose, however, remains relatively uncertain.”6

Scientists continue to discover incredible wonders in the living world that never fails to amaze, especially in that mysterious black box called the brain. Research in this field—as in all other fields—will continue indefinitely. One can only proclaim, like the psalmist,


The works of the LORD are great, sought out of all them that have pleasure therein. His work is honourable and glorious: and his righteousness endureth for ever. He hath made his wonderful works to be remembered: the LORD is gracious and full of compassion.7

*Dr. Sherwin is Research Scientist at the Institute for Creation Research. He earned an M.A. in invertebrate zoology from the University of Northern Colorado and received an Honorary Doctorate of Science from Pensacola Christian College.
The Latest
NEWS   ACTS & FACTS   PODCASTS