A popular Dallas science museum recently featured a special exhibit with an evolution-saturated take on human origins. No doubt many children, students, and families concluded from their visit that science proves they descended from ape-like ancestors. This spurred the ICR Discovery Center for Science & Earth History to offer our visitors the opportunity to delve deeply into the Bible’s perspective on human origins. In March, we hosted a special event called Origins: Re-examining the Evidence. Three ICR Ph.D. scientists offered live presentations throughout the day, sharing their expertise in fossils and human origins, genetics, and geology.

Dr. Brian Thomas tackled multiple evolutionary icons, exposing flaws in the biology and anatomy of the specimens used as “proof” of human evolution and offering a biblical perspective on why humans were created fully human from the beginning. Dr. Jeff Tomkins talked about his long-term research soundly refuting the claim that humans and chimps share a 98% genetic similarity. And Dr. Tim Clarey pointed out evidence in the geological record that reveals problems with popular claims about fossilized “pre-humans” found on the continent of Africa.

The event ended with a Q&A session with all three speakers, and visitors then explored the exhibit hall, planetarium, and Discovery Store.

We look forward to hosting future events that build Christian believers’ confidence in the Genesis account and equip them to be creation advocates within their spheres of influence. 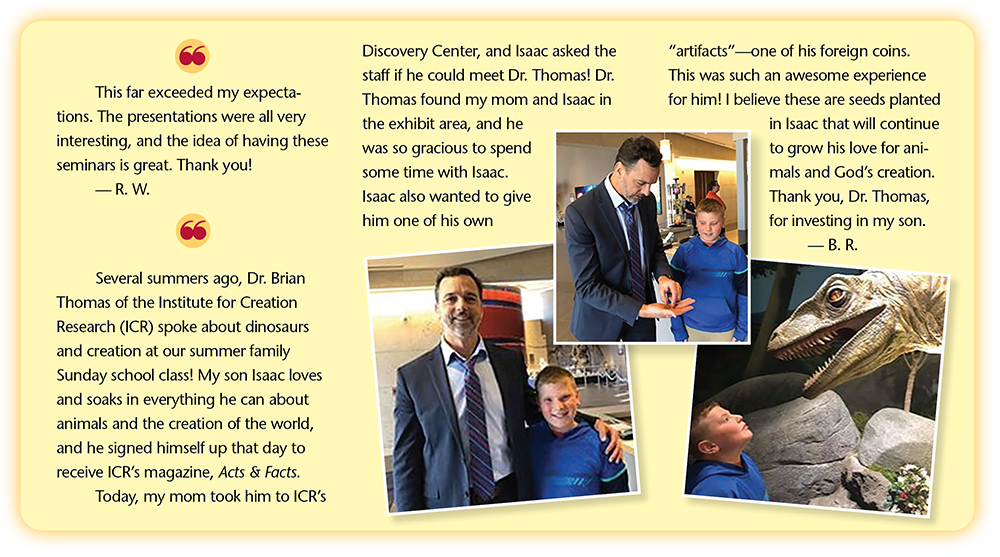