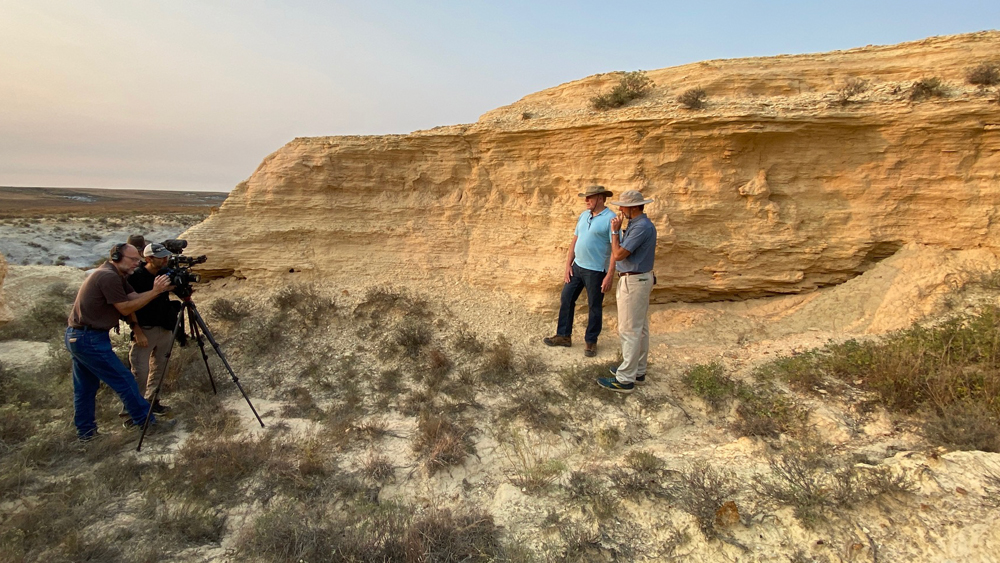 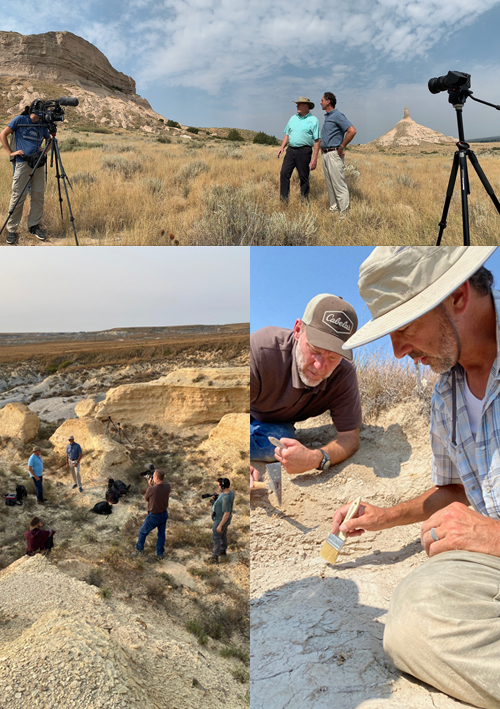 The Institute for Creation Research launched its 2021 multistate science expedition last week as a nine-member team left the ICR headquarters in Dallas, Texas, and headed to western Kansas, joined on the road later by two other members. Their mission? Digging up fossils, conducting field research, and capturing footage on location for two new ICR-produced films. One film will examine geological sites from a biblical perspective to illustrate Dr. Tim Clarey’s research, and the other will describe the basics of ICR’s groundbreaking engineering-based model of adaptation called continuous environmental tracking (CET), which effectively explains how creatures are engineered to rapidly adapt to changing environments.

The crew is still trekking across the Midwest, but here are a few highlights from the trip so far.

When the crew arrived in Kansas, they filmed at the location of the Xiphactinus fossil dig that ICR Research Scientist Dr. Brian Thomas participated in and wrote about in the September 2020 issue of Acts & Facts magazine. At the dig site, they encountered Xiphactinus fossils, as well as numerous clam, crinoid, and other marine life fossils preserved in the sedimentary layers.

They also shot some great footage in the mini-canyons of the Kansas Niobrara Chalk Formation, which looks like a scaled-down version of the South Dakota Badlands. Dr. Thomas and Dr. Frank Sherwin were interviewed for the upcoming Flood geology documentary, as well as for short film clips on ICR’s YouTube channel.

The expedition members still have a few days left on their science trek. Where will they go next? Stay tuned and pray for our team!