The American celebration of Labor Day was established to recognize the important part played by workers in the development of the nation during the Industrial Revolution. Many countries today now hold similar celebrations in honor of work and those who contribute. Yet it is significant that the modern recognition of the dignity and importance of labor largely originated in Christian nations, most especially in England and America. 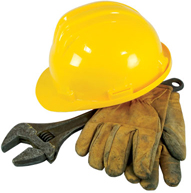 England was the first to pass labor laws in the early 1800s, followed by the first labor unions in the 1820s. The movement spread across the Atlantic to the shores of America, where a multitude of labor groups sprang up to champion the rights of industrial workers. And Labor Day itself seems to have started with an annual parade in New York City in the 1880s, organized by one such early labor union, and was formally established as a national American holiday in 1894. Like most holidays, however, its original purpose now seems to have been largely forgotten. The former six-day, dawn-to-dusk workweek has given way to the 40-hour workweek and "TGIF" syndrome. (A careful study of Scripture clearly indicates that this attitude should not characterize Christians.)

And yet, one of the great inequities of human life seems to be the lack of a consistent relationship between the diligence of hard work and the reward received for that labor. Some men may work hard all their lives, yet live in extreme poverty. And those who inherit great wealth may see it grow abundantly simply on the interest received from investments. The problem is that perfect "profit-for-labor" equity can never be achieved while humanity's entire dominion is under God's curse of bondage to sin and death (Genesis 2:17). King Solomon, the wisest and wealthiest man this world will ever know, said it best when he declared:

Then I looked on all the works that my hands had wrought, and on the labour that I had laboured to do: and, behold, all was vanity and vexation of spirit, and there was no profit under the sun. (Ecclesiastes 2:11)

As long as our goals and motives in working are "under the sun," there will be "vanity |emptiness| and vexation of spirit" no matter what our current social or economic status may be. However, our true account will not be settled here on earth in the fallible ledgers of man, but rather in God's books. To this end, Paul encouraged the bondslaves of his day that "whatsoever ye do, do it heartily, as to the Lord, and not unto men; Knowing that of the Lord ye shall receive the reward of the inheritance: for ye serve the Lord Christ" (Colossians 3:23-24).

So when all accounts are finally settled at His great judgment seat (2 Corinthians 5:10), the "profit" we receive will not be based on quantity of services rendered, but instead on their quality. For "every man's work shall be made manifest: for the day shall declare it...and the fire shall try every man's work of what sort it is" (1 Corinthians 3:13). Thus, it is not "how much," but "what sort" that truly matters to God!

While there is little profit under the sun, if we are "abounding in the work of the Lord...ye know that your labour is not in vain in the Lord" (1 Corinthians 15:58). ICR invites you to join with us in truly profitable labor through service to our Lord.