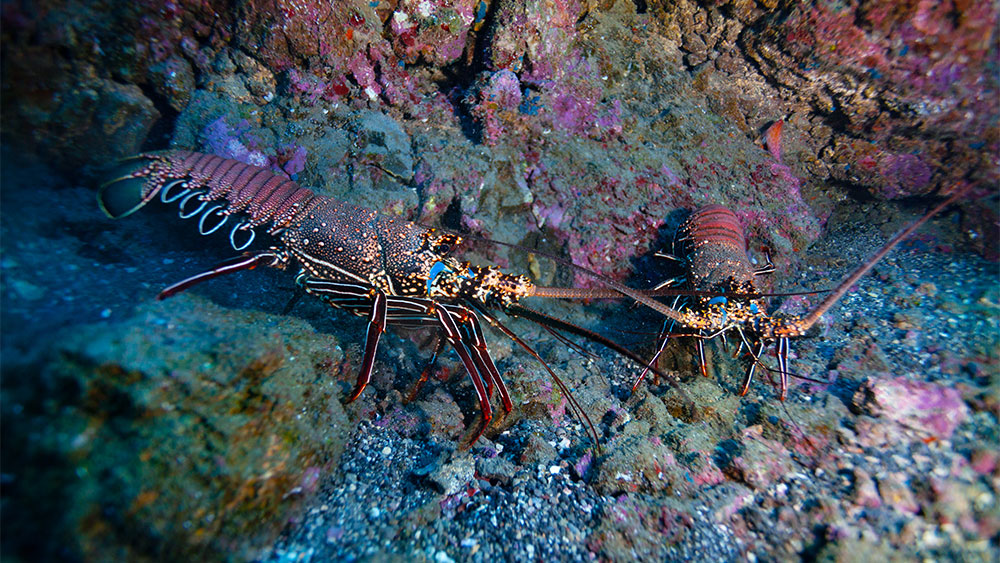 NEWS     CREATION SCIENCE UPDATE     LIVING CREATURES WERE CLEARLY DESIGNED
Deep-Sea Lobster Microbiome
BY FRANK SHERWIN, D.SC. (HON.) *  |
THURSDAY, AUGUST 04, 2022
Research continues regarding complex and amazing microbiomes found on or within a variety of creatures.1 The microbiome is a microbial community occupying a specific habitat, such as bacteria (diptheroids) living on the surface of your skin, coliforms in your large intestine and possibly Corynebacterium mastitidis (C. mast) your eye.2

Recently, the submersible Alvin, which has long been known for its pioneering research and investigation in the deepest parts of the world’s oceans, has been investigating the depths of the Gulf of California.3 Specifically, researchers have been looking into and around hydrothermal vents on the seafloor.

Such a black, cold and high-pressure environment is home to some truly bizarre communities. For example, a type of decapod crustacean called the squat lobster - Munidopsis alvisca - is among the organisms commonly found at hydrothermal vent sites in the Gulf of California. They were found to have bacteria living on their shell.

Scientists from the University of Oldenburg in Germany


have conducted the first-ever analysis of the microbial community living on the carapaces of these crustaceans. They found significant differences between the composition of this microbiome and other microbial communities in the vicinity, such as those in the sediment or the surrounding seawater. . . The team suspects that both the microbes and the squat lobsters benefit from their close relationship. Numerous methane and sulfide-oxidizing bacteria were found to be among the inhabitants of the squat lobsters' carapaces.3

They think both the squat lobsters and the bacteria benefit from their intimate relationship, and


speculate that for their part, the squat lobsters may use the bacteria living on their carapace as a source of nutrients. Another possibility is that the microbes help to remove toxic hydrogen sulfide from the crustaceans' bodies.3

"These microbes probably have a similar function to those that live on the skin of humans—namely, to defend their host," explains Prof. Dr. Thorsten Brinkhoff of the University of Oldenburg.3

Deep-sea microbiome investigation is still in its infant stages (the published interactions between crustaceans and microbes is sparse), but it is suggested the trillions of microbes in a typical deep-sea ecosystem are composed of creatures, many of which are designed to work in harmonious relationships with other organisms. In other words - a microbial community occupying a specific habitat, or a microbiome.

Looking at this inhospitable deep-sea relationship between crustacean and bacteria working together, in what appears to be a seamless operation, helps us to appreciate God’s design.

*Dr. Sherwin is Research Scientist at the Institute for Creation Research. He earned an M.A. in invertebrate zoology from the University of Northern Colorado and received an Honorary Doctorate of Science from Pensacola Christian College.
More Geological Evidence Indicates Rapid Formation

The Rapid Ascent of Basalt Magmas
It is now well established that the earth's upper mantle is the source of the basalt magmas erupted by many volcanoes as lava flows1--for...
BY: ANDREW A. SNELLING, PH.D.
More Creation Science Update

Don Rohrer, Icon of ICR, Passes
An icon of ICR during the early years was Chief Financial Officer Don Rohrer who was recently ushered into Glory. I first met Don in 1995 while applying...
BY: FRANK SHERWIN, D.SC. (HON.)

New Fossil Dolphin Species Discovered
Who doesn’t like to watch the antics of the friendly dolphin? They are classified as Cetaceans (which also includes the porpoise and the whale)....
BY: FRANK SHERWIN, D.SC. (HON.)
The Latest
NEWS   ACTS & FACTS   PODCASTS