There is a fascinating bi-monthly periodical called Skeptical Inquirer. This magazine publishes skeptical analyses of many types of pseudo-science and is usually quite informative—dealing as it often does with such "sciences" as astrology, parapsychology, phrenology, and other so-called occult sciences.

Unfortunately—though not unexpectedly—the editors and publishers are not skeptical at all about evolutionary "science" (which many of us are convinced is the most "pseudo" of them all), but instead frequently turn their skeptical eyes toward creation science. 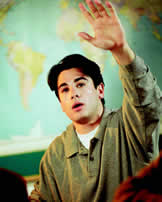 From time to time they do, however, pose one very significant question about evolution. Their inquiring minds want to know: "Why do so many biology teachers endorse creationism?" In fact, that is the sub-title of an article in a recent issue of Skeptical Inquirer. The author is Dr. Randy Moore, who is a biology professor at the University of Minnesota and, more importantly, Editor-in-Chief of the periodical, American Biology Teacher, the journal of the National Association of Biology Teachers.

Dr. Moore's article is entitled, "Educational Malpractice," which title tends to suggest how he feels about biology teachers who endorse creation science! He notes that most biology teachers do teach evolution, of course, but then makes this plaintive observation:

However, the public—that is, our former students—overwhelmingly favor creationism over evolution.1

That is a good question—why does the public favor creation? Practically everyone who ever attended a public high school or secular college has been taught evolution.

Yet, as Dr. Moore notes unhappily: "Most Americans reject the fact that humans developed from earlier species of animals."2 He considers it to be a fact that all people evolved from some mammal-like reptile a couple of hundred million years or so ago and is puzzled by the fact that most of these people don't agree with this notion. He also complains that "almost half of Americans believe that humans were created in their present form 10,000 years ago,"3 and he wants to know why.

Dr. Moore is not the only evolutionist concerned about this peculiar problem. A skeptical inquirer in the very next issue of the same magazine is similarly worried. He cannot understand why evolutionary scientists seem unable to be convincing.

"Scientific" creationists have succeeded in holding their ground with the American public despite decades of debates with scientists: recent Gallup polling shows that 45 percent of Americans believe in a young Earth and a literal Adam and Eve, a number that has not significantly changed in thirty years.4

The author of this second article is a college geology professor who has designed a course (he calls it a "curriculum") critiquing flood geology which he thinks will be the antidote to his students' creationist concerns. Such a course, however, may exploit certain problems in flood geology, but it does not deal with the unanswered problem of the altogether missing scientific evidence for true macroevolution!

There must lie the real answer to the skeptic's inquiring mind. Dr. Moore first tries to discuss the various reasons that scientists have suggested for the public's reluctance to absorb evolutionary brainwashing. After all, they have long been subjected to this dogma by their teachers, as well as by their textbooks, the news media and entertainment sources all through their school experiences.

He first proposes the lack of emphasis on evolution dictated by the science education standards in many states as one answer to his "why?" question. But then he acknowledges that the problem is almost as serious in states which do emphasize evolution in their standards.

Dr. Moore also thinks that many teachers are simply afraid to teach evolution vigorously because it is controversial. They feel unable to deal with the questions that creationist students or parents might raise, and so prefer never to get around to the evolution unit at all. But then the question becomes: Why are they afraid to deal with it?

Most scientists and teachers who write about the problem of the public's growing interest in creation will attribute it simply to the "deplorable" state of science teaching (by which they mean evolution teaching) in the schools. This may well be true in many cases, but again the question must be as to why it is true.

Dr. Moore's best answer, surprisingly, is that many biology teachers are not convinced themselves that evolution is true!

All of these factors have contributed to the poor teaching of evolution in public schools. However, there's another important reason why the topic of evolution is taught so poorly. This reason is one that most science teachers and professional scientific organizations do not talk about; namely, that surprisingly large percentages of biology teachers are creationists.5

He cites numerous polls and other studies confirming the significant influence of creation science on biology teaching. Some 75% of school board members believe that creationism should be taught along with evolutionism in science classes, and as much as 45% of biology teachers agree. Probably about 25% of these teachers actually believe in special creation as a better theory, and many actually teach it, regardless of the job jeopardy involved.

Another interesting corrective to the widespread resistance to evolutionism is the proposed annual observance on February 12 of Darwin Day (Charles Darwin was born on February 12, 1809). That date used to be observed nationally in this country as President Lincoln's birthday.

One of the main promoters of this idea has commented as follows:

Despite the acceptance of Darwin's idea by most thoughtful individuals, nearly half of the general population in the United States rejects them. . . .

Darwin Day, however, may be able to serve as a catalyst to bring together those who have had no clear means of focusing their support for Darwin's "dangerous idea." By this means, they may be able to provide an activist counterpoint to fundamentalist dogmatism and public school censorship.6

Obviously this rather presumptuous ploy is not activated very widely as yet, but it does appeal to many evolutionist and humanist organizations.

But that still would not answer Dr. Moore's inquiry. Just why do so many biology teachers endorse creation? And why do so many who even teach evolution doubt evolution and why do many avoid the subject in their classes altogether? Furthermore, these statistics would undoubtedly be much higher if the teachers themselves had not earlier been subjected only to evolutionism in their own training, and were not so intimidated by the prevailing evolutionary establishment in science education—not to mention the biased legal system, media, A.C.L.U., etc.

The ultimate answer to what the inquiring minds of Dr. Moore and the other skeptical doctrinaire evolutionists in our school system want to know is that the real scientific evidence—not even to mention God's revelation of true history in the Bible—refutes evolution and supports creation. More and more biology teachers are learning that fact—through creationist seminars and literature and even through the witness of their own students.

Finally, more and more teachers today are reading and believing the Biblical record of creation. After all, Jesus Christ believed and quoted the Genesis record as true, and He proved once and for all that He knew what had happened in the beginning when He, as the omnipotent Creator, defeated death and rose bodily from the dead, alive forevermore!

We respectfully urge Dr. Moore and all his skeptically inquiring colleagues to reconsider the Lord Jesus Christ as the true and final answer to all their questions on life's origin, meaning, and destiny.